Martin Scorsese once claimed the true seed of the epic film genre springs from from Giovanni Pastrone, rather than DeMille or Griffith. Pastrone freed the audience from static single-shot scenes, thus allowing for mobile cameras to take the audience along with the story. Cabiria is Pastrone’s masterpiece Italian epic. Shot during the years following the Italian War with Libya, Cabiria was released on the heels of the first world war. Cabiria is an incredible film that laid the foundations for all future epics and effectively put the Italian cinematic business on the map.

The story is taken from Livy’s History of Rome, during the events of the Second Punic Wars.  The characters are also, apparently, based on stories from Flaubert and Salgari. Some of the most beautiful scenes of the whole film occur at the beginning, as Batto, a Sicilian gentleman and his household, dwell in the peaceful shadow of Mount Etna on Sicily. Suddenly, the idyllic nature of their lifestyle is overturned when Mount Etna erupts sending chaos throughout Sicily. His servants go below his house and start stealing his treasure. His daughter, Cabiria and her nurse Croessa, flee to the countryside. Batto and his wife mourn their loss, as they believe young Cabiria has died. 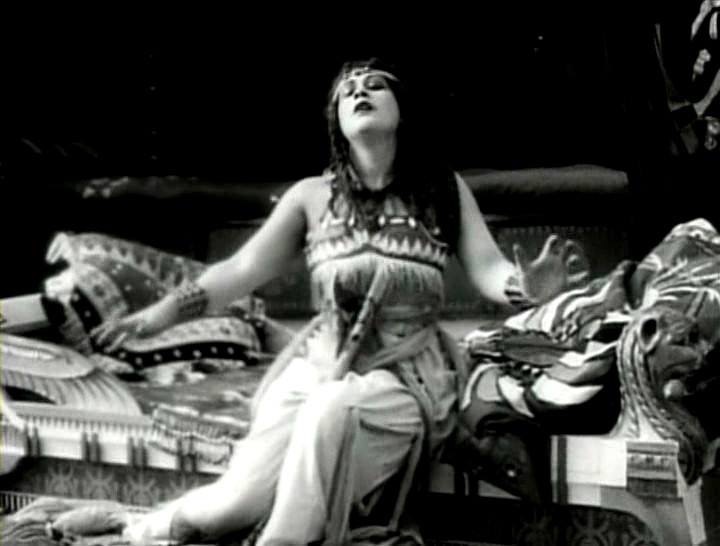 Croessa and Cabiria are then abducted by pirates from Phoenicia. They are taken to Carthage and Cabiria is sold into slavery for the High Priest to be sacrificed along with other young children to the god Moloch. However at the last second, she is rescued by Fulvius Axilla, a Roman patrician and his huge slave, Maciste (The slave character of Maciste went on to be featured in many other Italian historic epic films). However, in the scuffle Croessa is killed. Meanwhile, the film cuts to Hannibal crossing the alps. Hannibal’s brother is coincidentally staying near the Latin group, and when Fulvius finds out about Hannibal he decides to return to Rome, but he is betrayed and forced to flee by leaping off a cliff into the ocean, while Cabiria is concealed and Maciste is captured, tortured, and enslaved. Fulvius is cast adrift and recognized for a ring he wears belonging to Cabiria. He is brought to the house of Batto who is relieved to learn that his daughter is still alive. Fulvius vows to find her. First, he goes to free Maciste from his slavery and they escape to the desert together. They become immersed in the story of Scipio. They eventually rescue Cabiria and en route back to Rome Fulvius pledges his love for Cabiria.

The film is told in five parts and lasts over 2 hours. As a sign of its technical prowess Cabiria was the first film to use the tracking shot on a dolly. Without Cabiria D.W. Griffith would likely never have completed his 1916 epic, Intolerance (originally entitled “the mother and the law”).