Paul Gaugin (1848-1903) (pronounced “go-gan”) was born during a tumultuous political epoch of revolutionary upheaval throughout Europe. His mother descended from both Spanish aristocracy, as well as socialist revolutionaries, while Gauguin’s father ran a Socialist newspaper that was suppressed forcing the young family to flee Paris. Young Paul idolized his grandmother on his mother’s side, who was abused by her husband and fled for Peru where she wrote travelogues of her journeys. Gauguin kept these travelogues as inspiration.

In 1850, the young Gauguin family fled Paris for Peru, however Gauguin’s father died of a heart attack en route, leaving Gauguin’s mother alone in a foreign country with the young children. Luckily, her distant family members were part of the ruling party in Peru, so the family lived on a lavish estate with servants, until the age of 6 for Gauguin, when their power was toppled. Thus, once again they fled, this time back to Paris.

In Paris, he attended private school and even went to serve in the navy for two years. His mother died while he was away in India. He returned to Paris and became a successful stockbroker, as well as an art dealer. Here, he met Pissarro and Cézanne, among others in the Impressionist circle. In 1873, he married and had five children. They lived for a time in Denmark, however his wife was more successful as a translator for French diplomats, and eventually Gauguin decided to pursue painting full-time, so he completely separated from his wife and her family. Their last contact was in 1891. She began only communicating to Gaugin through a mutual friend, thus making his betrayal known to friends. In 1882, the Paris stock exchange experienced a significant crash, causing Gauguin to pursue painting. Later, when Gauguin received a modest inheritance, he refused to give any meaningful amount to his wife and family.

The Market Gardens of Vaugirard (1879) -notice how many of his early works mirror those of the other great Impressionists. 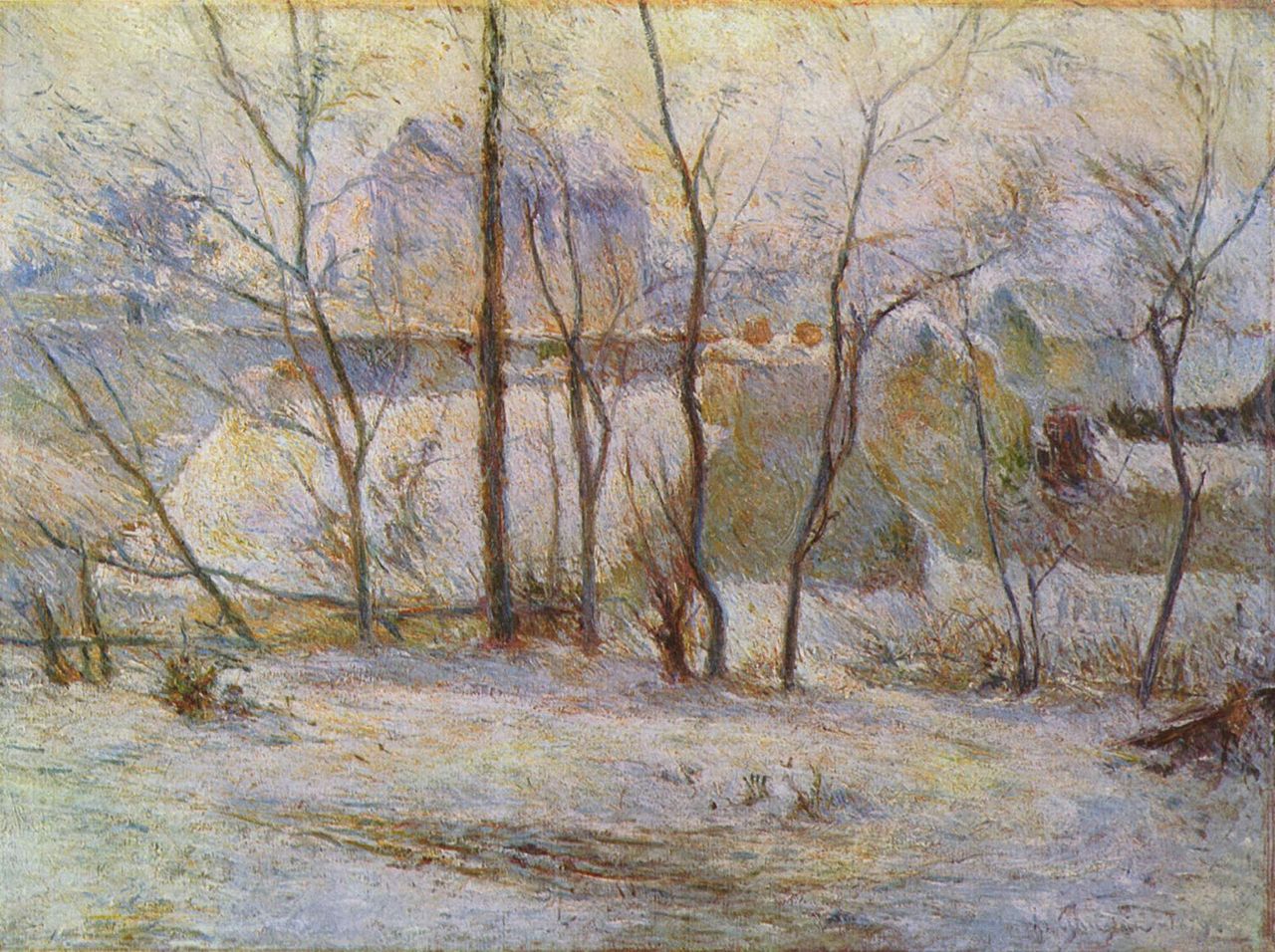 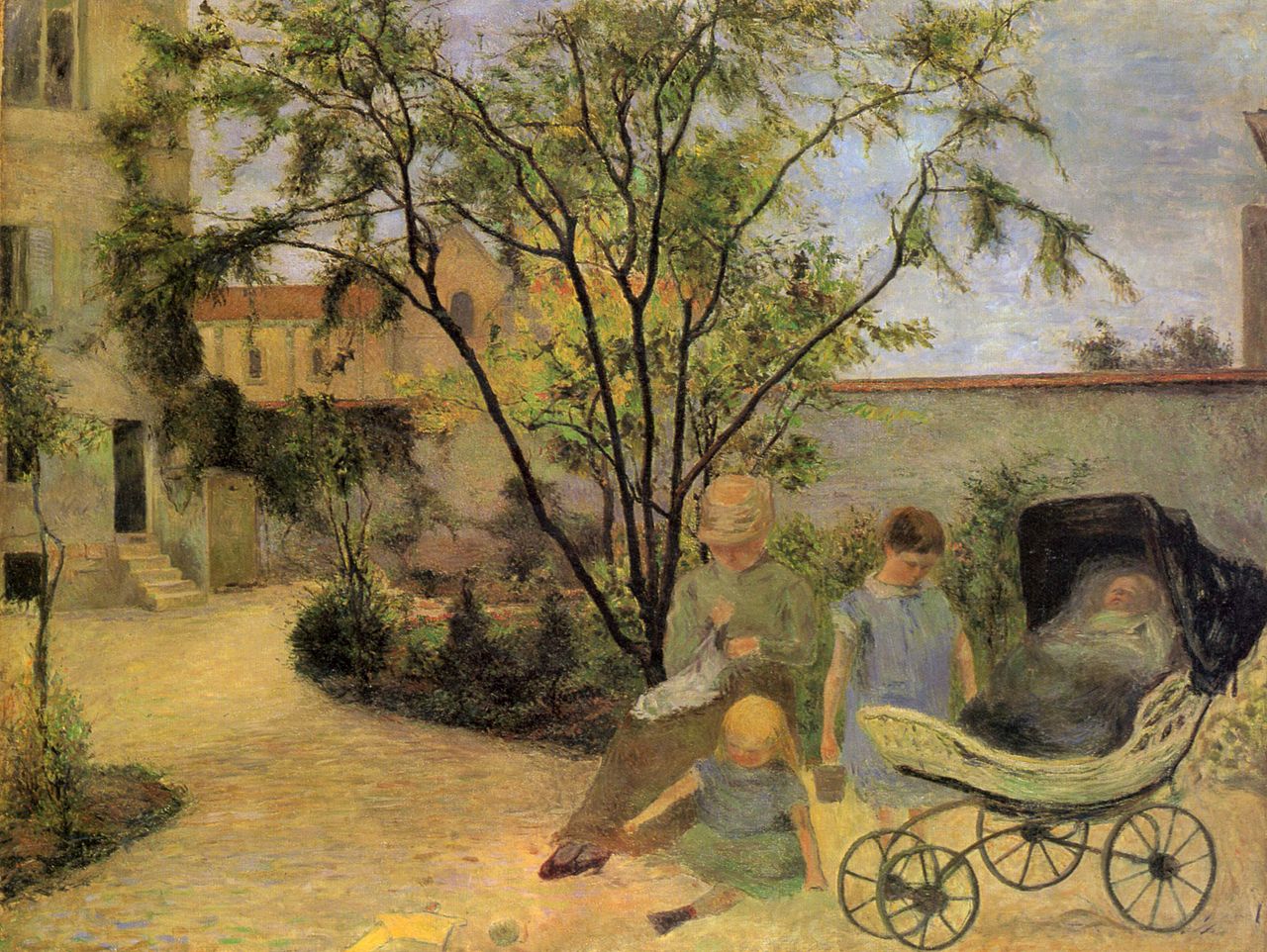 He exhibited at several of the famous Impressionist exhibits in Paris. His works have been ascribed all sorts of “isms” such as “Post-Impressionist” or “Primitivism.” He later spent some time traveling through Martinique and the Caribbean, disilusioned with Western colonialism and materialism. Several of his paintings during this period were purchased by Theo van Gogh, the art dealing brother of Vincent van Gogh. The paintings were seen by Vincent van Gogh, and the two developed a fond relationship. They even went to paint together in 1888 in Arles, however the fought bitterly, and even one night van Gogh famously cut his ear with a razor and presented it to a woman at a brothel for remembrance. The next day, van Gogh was hospitalized and Gauguin left to go home. He had a longer lasting, and more meaningful relationship with Degas.

The Yellow Christ (1889) -one of Gauguin’s most famous, folk-inspired paintings. It depicts ordinary people in 18th century France in Pont-Aven around a portrayal of a crucified Jesus Christ.

Gauguin traveled to Tahiti (Polynesia) in later life, eventually returning to Paris but continuing to paint Tahitian subjects, until he returned again to Tahiti, though frustrated by French colonialism on the island. He was always living on the edge of despair as his financial situation was precarious, though he lived comfortably. He took in a mistress, Pahura, a Tai. They had two children together (one who died in infancy) but Gauguin also abandoned this family, as well. He moved around the islands, partying, and he even lived in the upper floor of a Catholic missionary Bishop’s house at one point, decorating his walls with a pornographic collection.

Here are a few of his paintings from his time Polynesia: 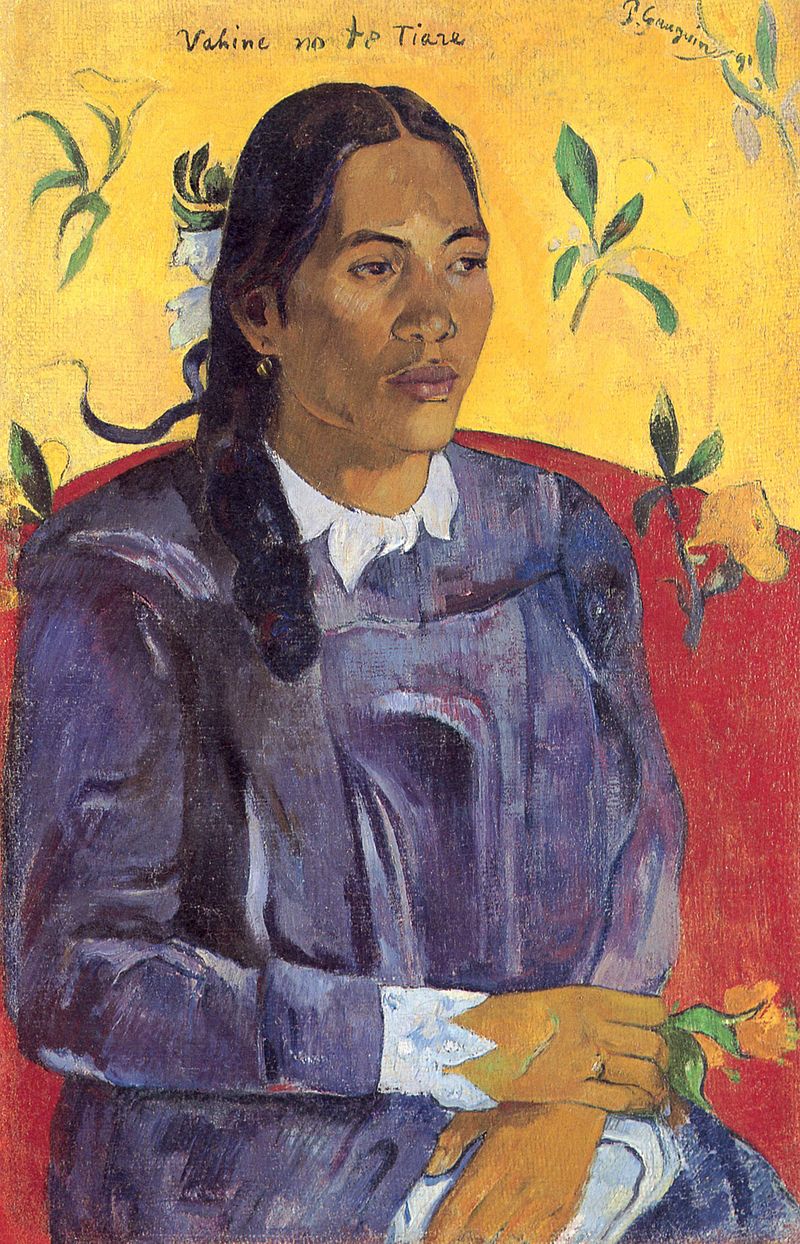 Where Do We Come From? What Are We? Where Are We Going? (1897-1898) -Gauguin indicated the painting should be read from right to left. It is considered one of his masterpieces, along with the “Yellow Christ.”

Self-Portrait with Halo and Snake (1889) -one of many self-portraits during his lifetime. 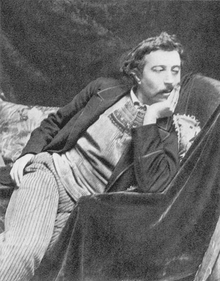 His health started failing him, likely due to syphilis. He had a child with another native woman, who then left him to raise the child sensibly with her family. He started writing as well as painting, and got into many squabbles with the Catholic Church. Shortly after finishing his autobiography, he died suddenly in 1903 at his house in the Marquesas islands.