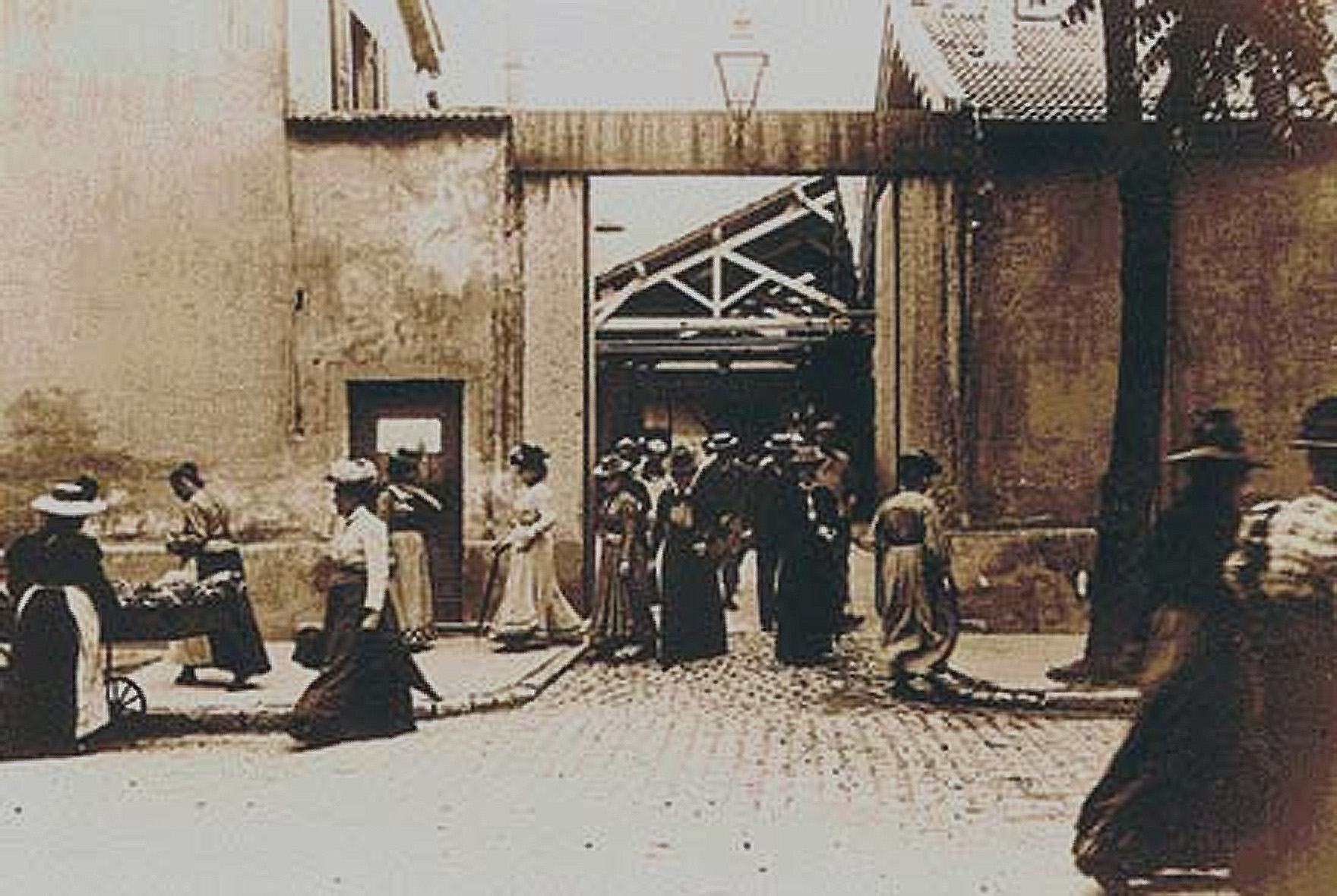 Workers Leaving the Lumiere Factory, was directed and produced by the Lumiere Brothers, Louis and Auguste in 1895. In French it was called “La Sortie de l’Usine Lumière à Lyon,” though the film has been called a wide variety of titles in English and in French.

The film lasts just under two minutes (46 seconds in the earliest 35mm version) and details 100 factory workers at the Lumière factory in Lyon-Montplaisir, France as they end their work day. All workers exit the factory between two gates and leave the frame on both sides. Note: several different versions of the film exist, filmed during different seasons and with different objects in view, such as a horse-drawn carriage. Today, the Lumière Institute is a museum dedicated to the preservation of French cinema, at the original location of the factory in Lyon, France.

The brothers were French sons of a portrait painter, and they were excited about the new advances in photography, particularly Thomas Edison’s inventions. They were enamored with the Kinetoscope, an invention of Edison’s, despite its clunky and enormous size. Together, the brothers, improved upon it with their own Cinematograph, an invention that initially did not have a proper name, by which they presented screenings for the general public. From this French word, we derive “cinema.” The brothers saw film as an odd novelty, an extension of their father’s small and teetering photography studio in Lyon. They continued to develop photography and novelty colored film until their deaths in the mid-20th century.

The first private screening occurred on March 22nd, in 1895 at 44 Rue de Rennes in Paris. The screening generated considerable excitement, the media was infatuated with the prospect of the new Cinematograph. The Lumiere Brothers presented their first fully public screening on the 28th of December at the Grand Cafe on Paris’s Boulevard de Capuchines. The films shown were:

The audience was so enamored, they demanded a replay of the workers leaving the Lumière factory. The most compelling film of the group featured humans in motion.

The subject matter is of ordinary workers of all stripes – a theme which the history of cinema will return to again and again, such as in Chaplin’s Modern Times or in Eisenstein’s Strike. However, later films rarely, if ever, turn the camera back onto its workers. The workers often remain silent parties to the final cinematic project. Although the Lumière Brothers did not intend for their first film to be political, it nevertheless set a tone for the future of cinema with one single camera at eye-level on the street, focusing on industrial workers ending their workday. Naturally, Marxist interpreters of the film have abounded. The factory serves as a kind of container, filled with people, and does not stop until it is emptied, a pleasing motion for the mind’s eye. This ability to capture the mind of the audience becomes the goal of all later story films, particularly in Hollywood, rarely focusing on how the film was made, but rather simply capturing the faith of its audience – suspending their disbelief for a period of time. With the development of moving pictures, cinema begins as a spectacle.

The film has endured simply because of its extreme importance to the history of cinema. Otherwise, the title explains the entirety of the single shot. The film is primarily important for its technological innovation, and its setting of a cinematic precedent. It was preceded by the Roundhay Garden Scene, by Louis Le Prince in 1888 – he was an English inventor who shot some of the earliest footage at his home in Leeds, but mysteriously disappeared on a train in 1890 and was never heard from again. Conspiracies abound as to his disappearance, including a story about Thomas Edison killing him. His family later sued Edison, believing Le Prince was the original inventor of motion picture. At any rate, the Lumière Brothers are an undeniable force in the foundation of cinema and this film is remarkable.