Jean Renoir, second son of the famous French painter, Pierre-Auguste Renoir, is one of the greatest cinematic directors of all time. A Day in the Country is a beautiful and bittersweet trage-comic romance. It is simple, aesthetic, and filled with memorable scenes worthy of viewing many times. It is nostalgic for a simpler time, and for love long lost, as the scenery and the river plays as much a part in the film as the characters, themselves. Though, perhaps not even his greatest film, A Day in the Country is a masterful and simple delight.

A Day in the Country is an unfinished masterpiece. It is a simple story about a shop-owner from Paris who takes his family on a trip to the French countryside one afternoon in 1860 to celebrate their mother’s birthday. The film opens with a young boy fishing off a bridge into the river Seine in the French countryside. This boy is Jean Renoir’s 14 year-old son. Behind him a carriage pulls up and stops for lunch at a rural French restaurant. The owner of the restaurant was played by Jean Renoir. Upon stopping their journey, the family gaily relaxes from their travels among the trees, and the shop-owner’s daughter, Henriette, plays happily on a swing with her mother. Traveling with them is Anatole, who is engaged to Henriette. He is an incapable and bumbling sort of young man.

Two young men who are boaters become interested in the two women, Henriette and her mother. They devise a scheme to distract both men so they can spend time with both women, daughter and mother. They give fishing poles to Anatole and the shopkeeper, and they comically pretend to fish in the river, while both young men take the women lazily in boats down the river. One of the men, Henri, takes Henriette to a secluded spot along the river in the trees and advances upon her. She initially refuses, but eventually gives in, and says her father would disapprove. Scenes of rain on the Seine depict the passing of years, an important and unplanned scene due to unpredictable weather.

Years later, Henriette finds herself returned to the same spot. She is now married to Anatole, her incompetent husband. While Anatole takes a nap, Henriette walks along the river to find Henri, the man who seduced her years earlier. Together, they recount their time together, but when Anatole awakes, Henriette returns to him. Henri lights up a cigarette and hides in the trees as the married couple gets back into their boat and continues to float away down the river. 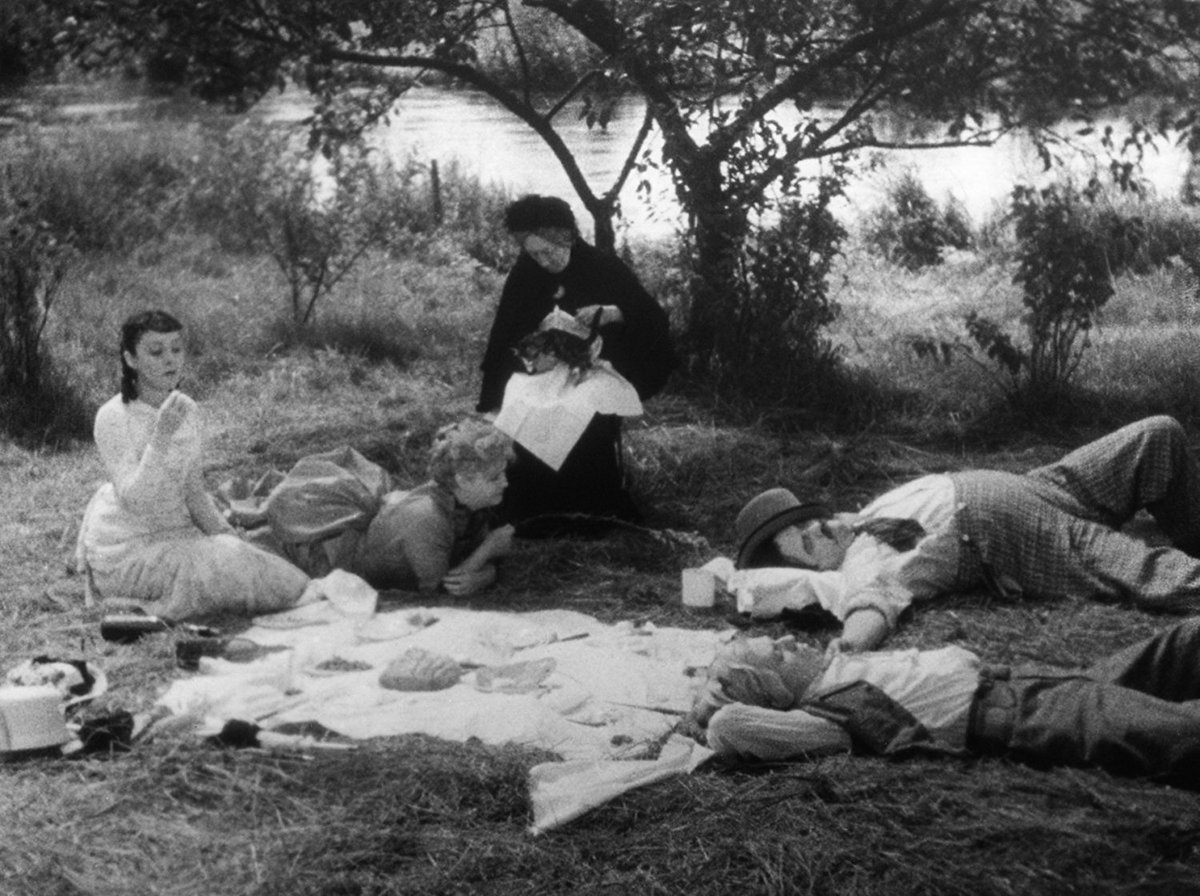 The film was never finished due to inclement weather. Years later, in 1946, Pierre Braunberger, the producer, released the film. The story is based on a French story by Guy de Maupassant. The film was made at the height of the French Popular Front period, a radical left and communist government that overtook France shortly before the Nazi occupation. Renoir later left France during the Nazi occupation. When the film was finally released to the public in 1946, Renoir was still in exile in the United States.