Dr. Mabuse is an excellent film, despite its incredible length. This reviewer may watch Part II in the future the next time I feel ready to summit another silent epic German film. The film, no doubt, found a niche among audiences fearful of the new wealthy elite, and emerging ideas from Freud and Jung about the mind, psychoanalysis, and the unconscious.

Clocking in at over 4 and 1/2 hours, this silent film is masterfully produced. Dr. Mabuse was directed by the famous German director, Fritz Lang – who also directed such masterpieces as M and Metropolis. In German, the film was titled Dr. Mabuse, der Spieler (note the word “spieler” can mean either a gambler, puppeteer, or an actor). In many ways, Dr. Mabuse represents each of these translations of “spieler”.

The film tells the story of a mad psychologist and Freudian psychoanalyst, Dr. Mabuse. He is a master of disguises and has mastered the arts of hypnosis and mind control. Throughout Part I (over 2 hours long), Dr. Mabuse engineers the downfall of the stock market so he can secure a profit, and he spends his time in the seedy gambling dens of Germany using his powers to win card games. His main goal seems to be to steal money. At one point, a state prosecutor suspects Dr. Mabuse of foul play, but the prosecutor is gassed and cast adrift alone in a boat. Dr. Mabuse hypnotizes a countess and casts a spell over her husband, as well, shortly before he abducts the countess. Admittedly, this reviewer did not summit the full 4 1/2+ hour film, and just watched Part I, but I hope to watch the remaining 2+ hours of the film another time. Upon further review, in Part II Dr. Mabuse has some of his henchmen killed, he has the countess’s husband commit suicide, and in disguise, he hypnotizes the state prosecutor so that he hurls himself off a cliff, however the prosecutor is rescued at the last moment and he orders an investigation into Dr. Mabuse. In the end, Dr. Mabuse escapes and accidentally locks himself in a room where he is haunted by his victims. He goes insane and he is eventually taken away by the police. The story is far more complex and multifaceted than this little summary can possibly hope to encompass. 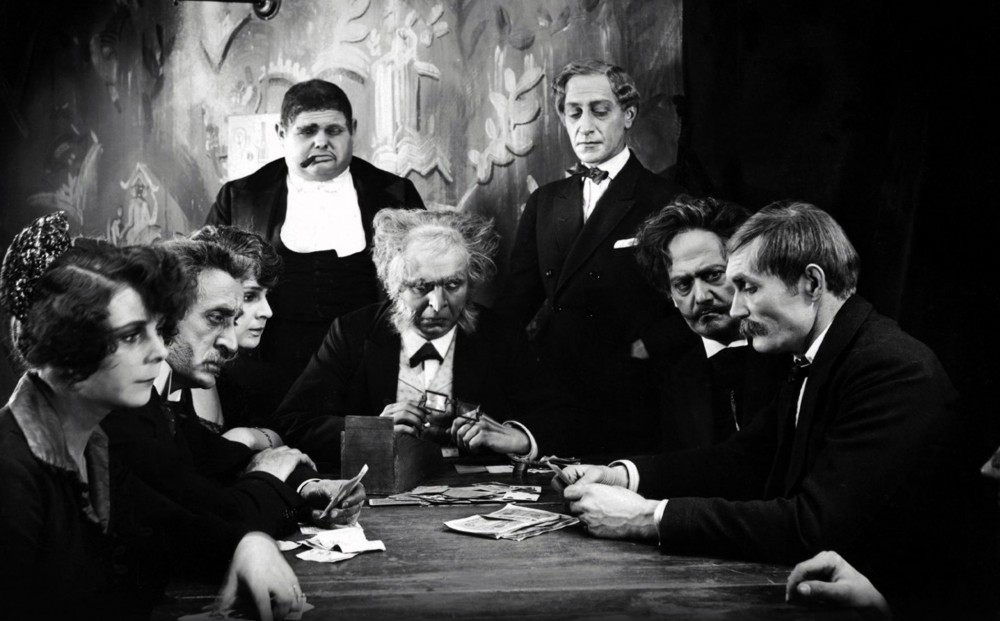 The film is eerie and mercurial. It plays on the audience’s deepest and most conspiratorial fears of a suspension of the natural world, a power that may fall into the wrong hands. The great masses of people often yearn for a grand puppet master working behind the scenes, controlling major world affairs, like a stock market crash or the death of a famous aristocrat. Dr. Mabuse fills that dark role. The film is set against a backdrop of German expressionist sets, and was released during the rise of the psychology movement of the late 19th and early 20th centuries (i.e. Jung and Freud, and others). The cinematography is remarkably sharp and concise. Several sequels were later made by Lang and his wife: The Testament of Dr. Mabuse (1933) and The Thousand Eyes of Dr. Mabuse (1960).