In 1916, Charlie Chaplin again changed film studios to produce 12 films over a one-year period at a salary valued at approximately ten times his Essanay salary – $670,000 (approximately $15.4M in today’s dollars). He was 26 years old and he began building his future cinematic team while at Mutual. At first he produced a new two reel short film every four weeks, but soon began demanding more time to create a film. In 1917, he produced only four films for Mutual: Easy Street, The Cure, The Immigrant, and The Adventurer. These are widely celebrated by film scholars as some of his best, and Chaplin would later look back on his time at Mutual as some of the happiest years of his career. As his contract waned with Mutual, the two eventually parted ways amicably so that Chaplin could pursue a more independent schedule. He had begun to grow concerned with the formulaic nature of his short films. 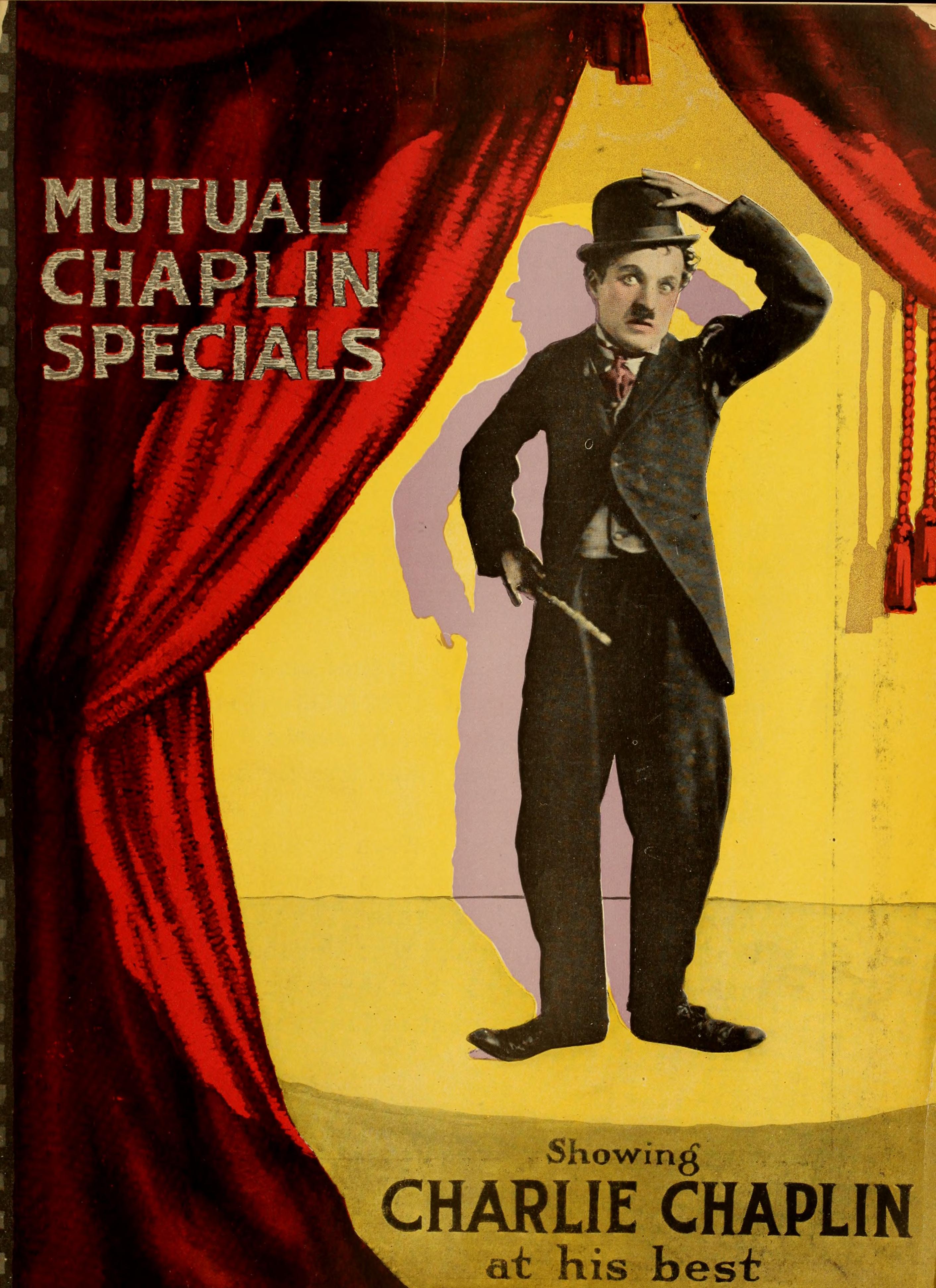 #1 The Floorwalker (1916)
In his Mutual debut, The Tramp stumbles into a department store which is under the tyrannical control a manager and his associate who are embezzling money through the business. The Tramp looks a great deal like the owner. After causing chaos in the store they decide to trade places just as an investigator arrives to look into the store’s suspicious financial practices. The film contains a hilarious series of gags involving an escalator inside the store.

#2 The Fireman (1916)
A local businessman creates an arrangement with the fire chief to allow his house to burn down as part of an insurance fraud scheme. Meanwhile the Tramp chaotically prevents a real fire in town, and when the businessman discovers that his daughter is actually trapped in his burning house, the Tramp heroically comes to the rescue.

#3 The Vagabond (1916)
The film opens with the Tramp causing a brawl in a bar while trying to musically make some money. He flees to the country where he meets a traveling group of gypsies, and he falls in love with one of them, Edna. He rescues her from the abusive group, but she meets an artist and falls in love with him instead. He paints her and his remarkable painting features her unique shamrock birthmark. Wealthy arts patrons witness the painting and recognize her. They come to rescue her, offering the Tramp money in exchange, which he refuses. She is whisked away in a car only to turn around and ask the Tramp to join her in the end. This short film is extraordinary for its complex plot, more sophisticated cinematic techniques, Urban/Western themes, and melodramatic romantic subplot which will be featured in many later Chaplin productions.

#4 One A.M. (1916)
One A.M. is unique in the early Chaplin collection. For the most part, Chaplin stars alone in the film. The Tramp, curiously staged as a wealthy man, is a very drunk man returning home from a night of binge-drinking in the city, and the bulk of the film covers the great difficulties he experiences while attempting to break into his own house and get to bed in his drunken state. The film closes as he is unable to sleep in his collapsing bed so he curls up in his bathtub.

#6 The Pawnshop (1916)
The Tramp works in a pawnshop –the film is a classic example of Chaplin’s early physical, slapstick comedy. Several scenes of particular amusement: an endless ladder gag outside the shop, and his famous bit wherein a customer brings in a clock to sell. The Tramp takes the clock and carefully disassembles it, but then puts all the pieces into the man’s hat and informs him they will not accept the clock for sale. Then a crook enters the store and the Tramp comes to the rescue by vanquishing the robber.

#8 The Rink (1916)
This film begins with the-ever-so chaotic Tramp as a waiter, and in the second half he goes to a skating rink where he is actually quite a coordinated skater. However, he accidentally gets into an accident with an attractive young woman which causes a riot, but he narrowly escapes.

#9 Easy Street (1917)
The Tramp lives as a vagrant on the streets but he is spiritually awakened at a church/nonprofit organization by a young woman. He gets a job working on Easy Street and gets into scuffles with a local bully. In the end, he restores peace and order to Easy Street. A new Mission nonprofit church is built in the end.

#11 The Immigrant
The film opens with The Tramp aboard a boat, leaning over the edge catching fish and frolicking around the rocking boat. He meets an attractive woman as they sail past the Statue of Liberty. Upon arrival he loses a coin, and desperately searches for it only for an artist to offer to pay for his meal with the girl, but he politely declines, only to steal the artist’s tip to pay for his own meal. He travels to get his marriage license, carrying the girl in protest.