The Mark of Zorro is a surprisingly impressive film. It stars the great silent-era hero, Douglas Fairbanks, and it was the first in a long series of Zorro films extending to the present day. It was the first film released by United Artists (Chaplin, Pickford, Fairbanks, and Griffith). This was Fairbanks’s 30th film and it was one of his earliest ‘swashbuckling’ character roles -he was unsure how audiences might react to his character transformation, however as a result of concluding hostilities in WWI and the outbreak of the Spanish flu, audiences were keen for romance and simpler times, launching Fairbanks into a popular new career.

The Mark of Zorro is an essential Douglas Fairbanks film, and a brilliant early silent film -with beautiful scenery, a great adventure story, and nostalgia for the days of early Hollywood in old California.

The Zorro story comes from The Curse of Capistrano, a 1919 serialized story of old Spanish California written by Johnston McCulley, a Southern California writer best known for Zorro. The film follows the same story, set in the backdrop of the old rancheros, adobes, and Mission San Juan Capistrano. It is time of lawlessness and oppression. Fairbanks plays the odd and effeminate, Don Diego Vega, son of a wealthy ranchero who is disappointed in him. Tired of the oppression of the colonial government and the landowners toward the natives, Don Diego takes on the persona of Zorro (meaning “Fox”), a masked hero who stands up for the oppressed throughout the California countryside. He leaves the scar of a “Z” on evil men. He is courting the beautiful Lolita but she cannot stand him, she only loves Zorro. In the end, Don Diego reveals himself as Zorro as he vanquishes the villainous colonial leaders, like Captain Ramon, and banishes them. He and Lolita wind up together in the end.

The 1920 film is unique in that Zorro is portrayed as a champion not just of justice, but of faith, as he was a more authentic Spanish Catholic in California

The story of Zorro is the inspiration for the DC Comics hero, Batman. In fact, the film Bruce Wayne went to see with his parents before they were mugged and killed in Gotham City was Zorro, though different accounts of the Batman story differ on whether it was the 1920s version or the 1940s Tyrone Power version. 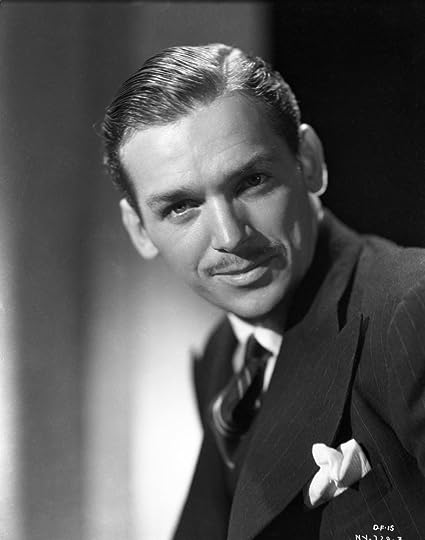 Douglas Fairbanks (1883-1939) was born in Colorado, the son of an absent and alcoholic father. He developed a unique personality from a young age on Broadway, known for goofing off backstage, and performing acrobatic stunts. As an adult, he moved to Hollywood and started working for Triangle Pictures under the direction of D.W. Griffith. In his films, he was known for his athletic abilities. Soon he started his own film company, and signed with Paramount. He met Mary Pickford at a party in 1916 and they began a romantic affair. Through the late 1910s, he sold war bonds with Charlie Chaplin, and together he, Chaplin, and Pickford were the most popular and highest paid actors of the time. They created United Artists, together with D.W. Griffith, in 1919, giving them complete artistic control over their films. Eventually, Fairbanks “Everybody’s Hero” and Pickford “America’s Sweetheart” divorced their respective spouses and were married. They hosted lavish parties in Beverly Hills at their extravagant 18-acre, Tudor-style home “Pickfair.” He was a founding member of the Motion Picture Academy and he hosted the first ever Academy Awards in 1929. His notable films were: The Thief of Baghdad (1924), Robin Hood (1922), and The Mark of Zorro (1920). His career declined with the advent of talkies, but in his heyday, he was considered the ‘king of Hollywood.’ He and Pickford later separated as he had an affair with another woman, who later became his third wife. He died in 1939 of a heart attack in Santa Monica. The nickname of the UC Santa Barbara sports team the “Gauchos” is named for Fairbanks’s film, The Gaucho 1927.

One thought on “The Mark of Zorro”