Pierre-Auguste Renoir (1841-1919) was born into a lower middle-class family in France. His father was a tailor and his mother worked as a seamstress. At a young age he wanted to be a singer, however due to his family’s financial concerns, he went to work in a porcelain factory until a new mechanized procedure was developed in the factory. The factory went bankrupt so Renoir went to attend art school, working to paint fans and signs as decorative art to pay his bills while in school. 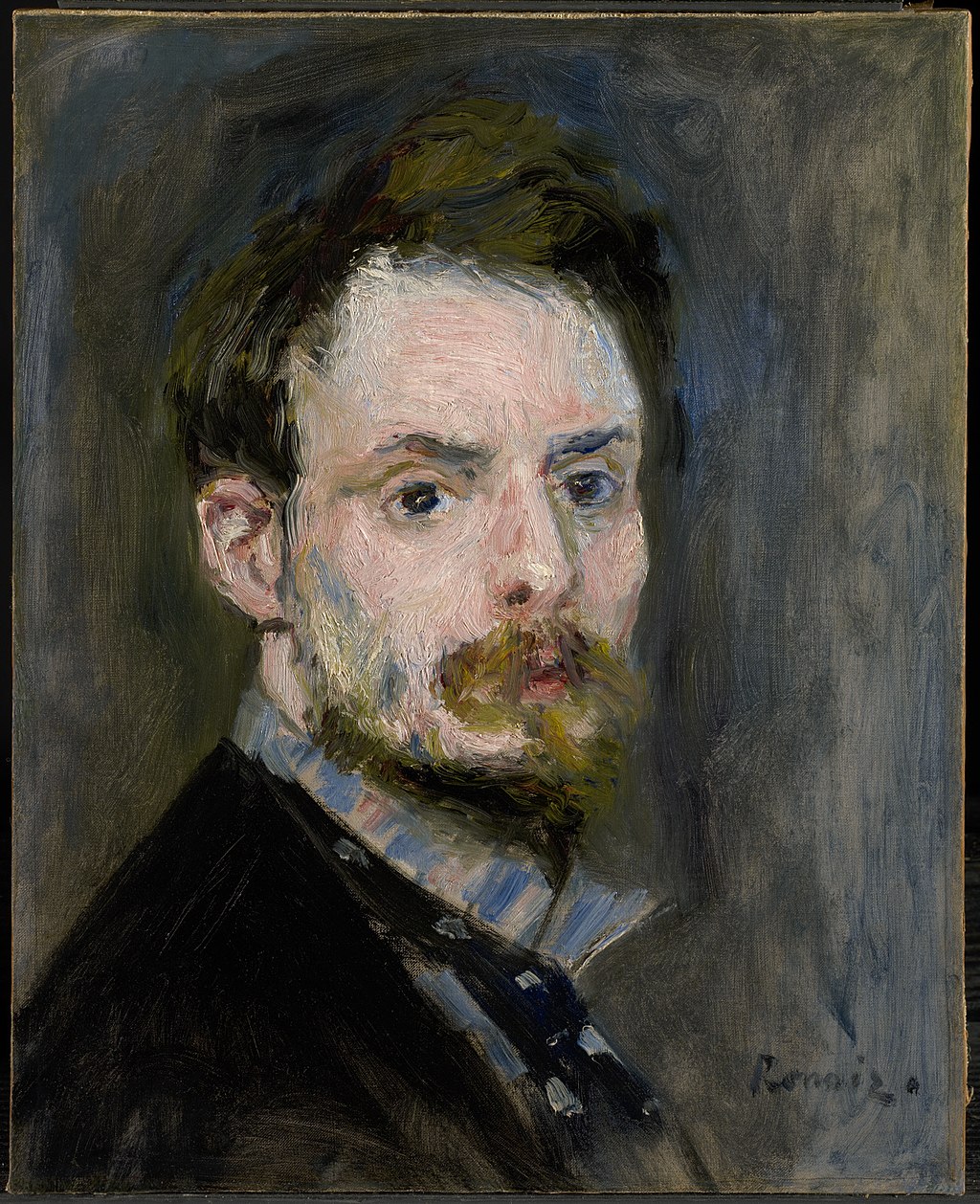 He studied under Charles Geyre with new friends: Claude Monet, Alfred Sisley, and Frédéric Bazille. Through Monet, his roommate for a spell, Renoir was connected to other notable artists, such as Camille Pissarro and Paul Cézanne. Together they began experimenting with painting en plein-air outside, and like Monet, Renoir was penniless through his early career, despite generous support from Jules Le Cœur and family, a fellow artist. Unlike Monet, Renoir’s early works found favorable audiences at the Salon. His first successes include the following: 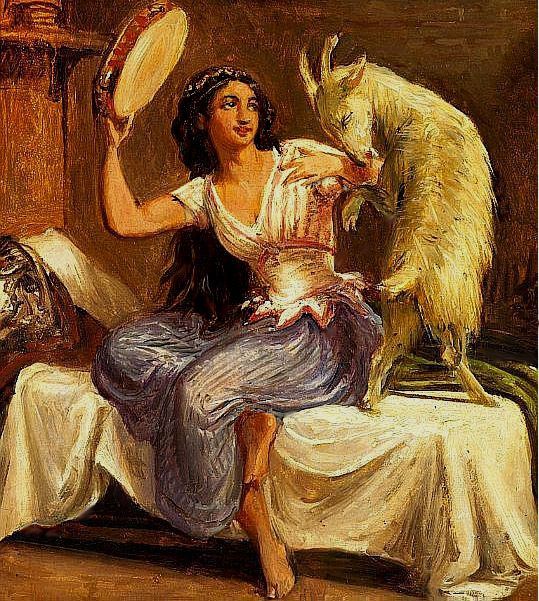 La Esmerelda (1864), based on Victor Hugo’s The Hunchback of Notre-Dame that was featured in the Salon, a first for Renoir. He later destroyed the painting -above is a copy. 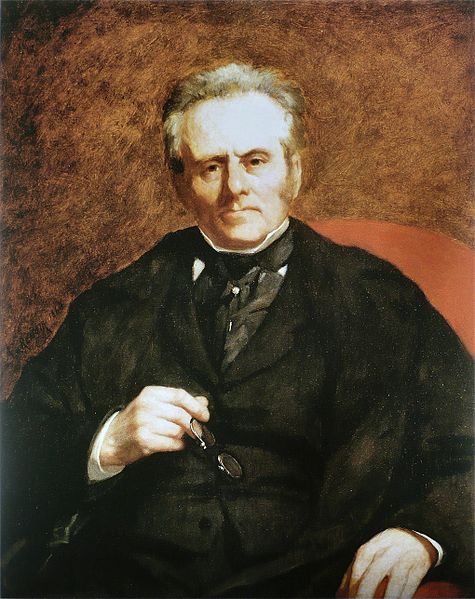 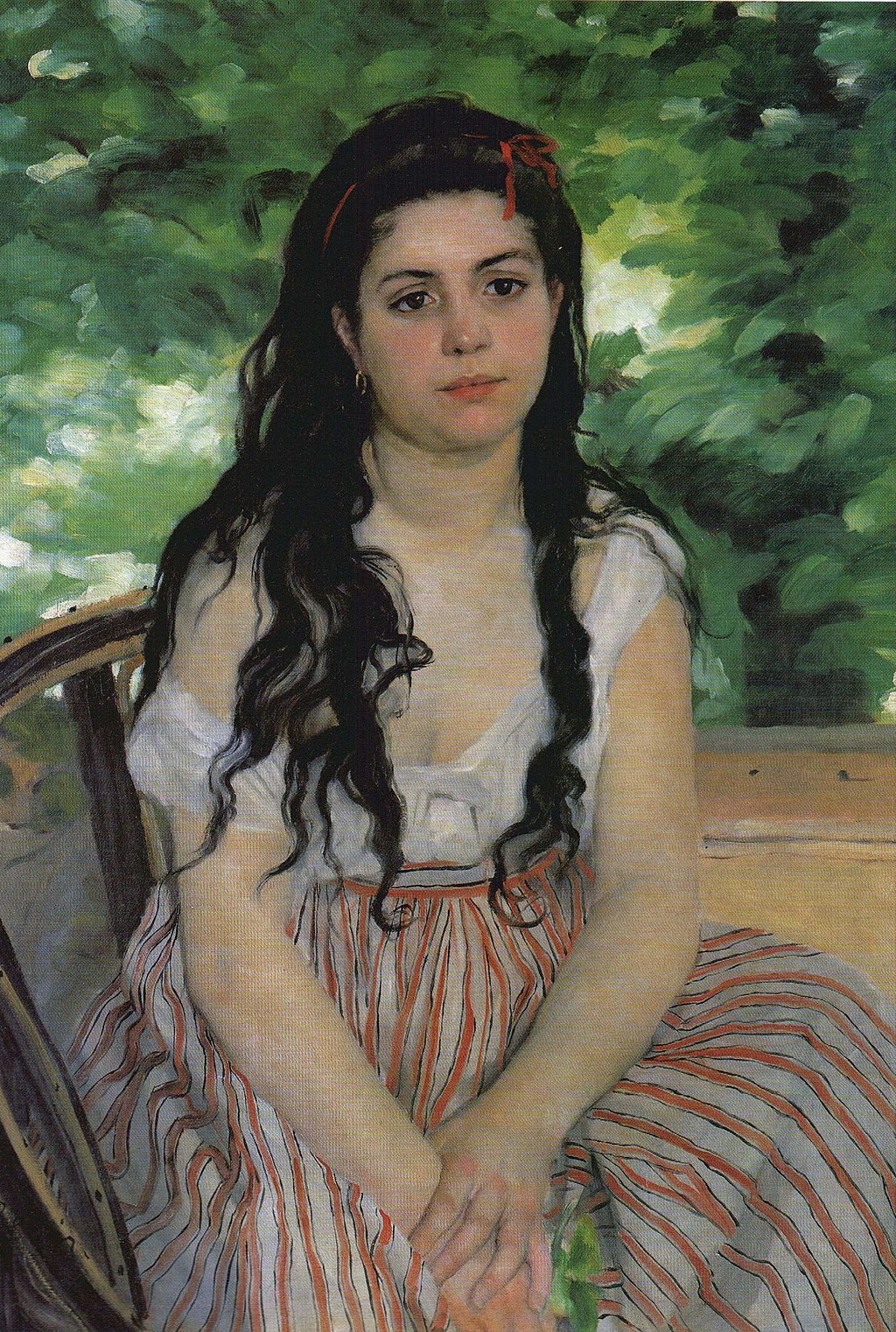 These latter three paintings feature Lise Tréhot as the female figure, Renoir’s mistress and model for many of his early paintings. The painting Lise won acclaim at the Salon. In total, she appeared in more than twenty of Renoir’s early paintings, several of them in the nude. Renoir fathered a child out of wedlock with Lise in 1870, however the child was given away to a wet-nurse. Renoir never acknowledged his daughter, Jeanne, as his child, but he did secretly financially support her all of his life. Little is known about the relationship between Renoir and Lise, however they separated in 1872 and it was said that Lise never spoke to Renoir again. She eventually married and raised several children.

In 1870, Renoir was drafted to serve in the military for the Franco-Prussian War, however illness soon sent him back home. In 1874, Renoir was part of the first Impressionist exhibit. He exhibited many of his early great works, however in order to remain financially stable, Renoir started painting portraits upon commission to survive. 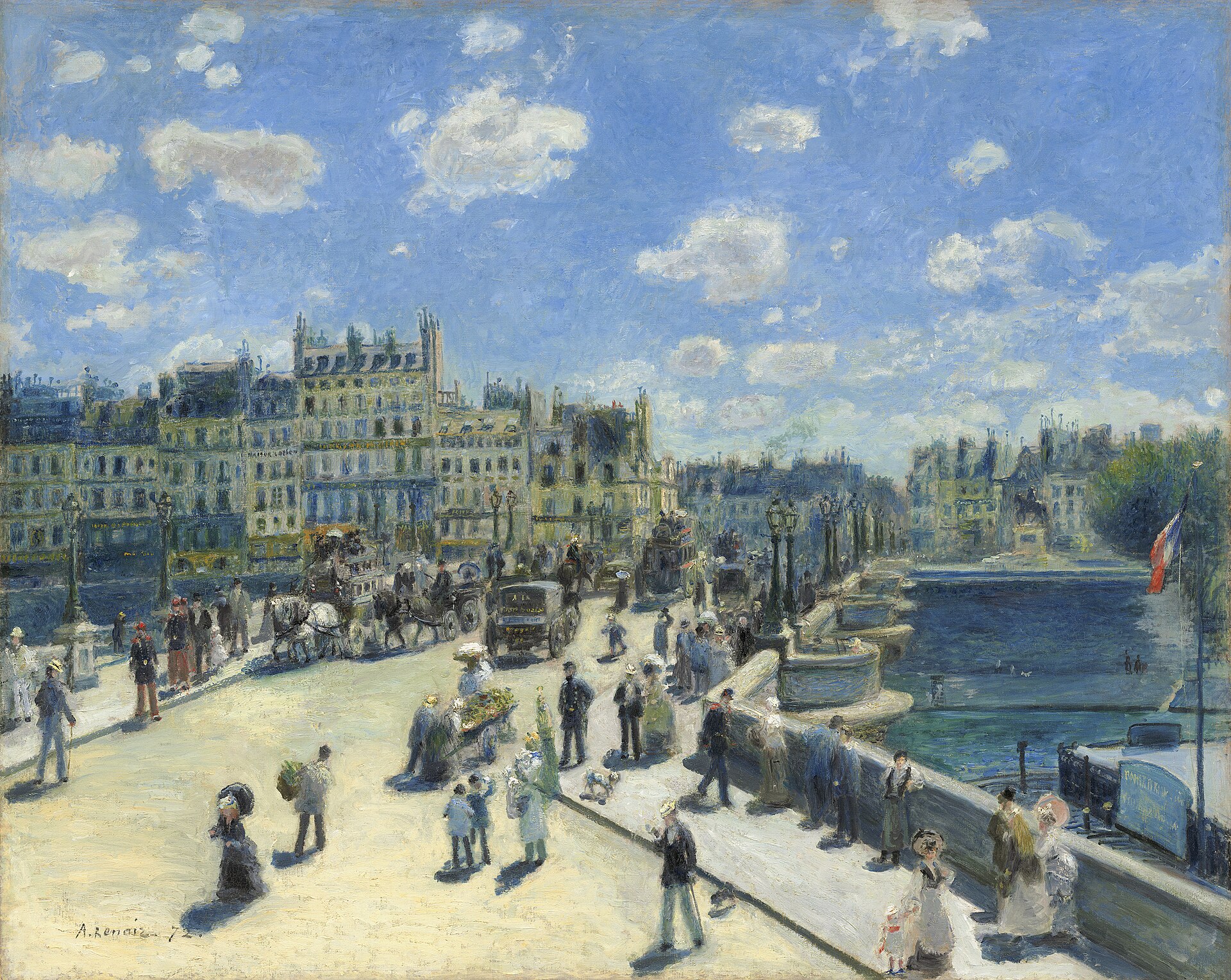 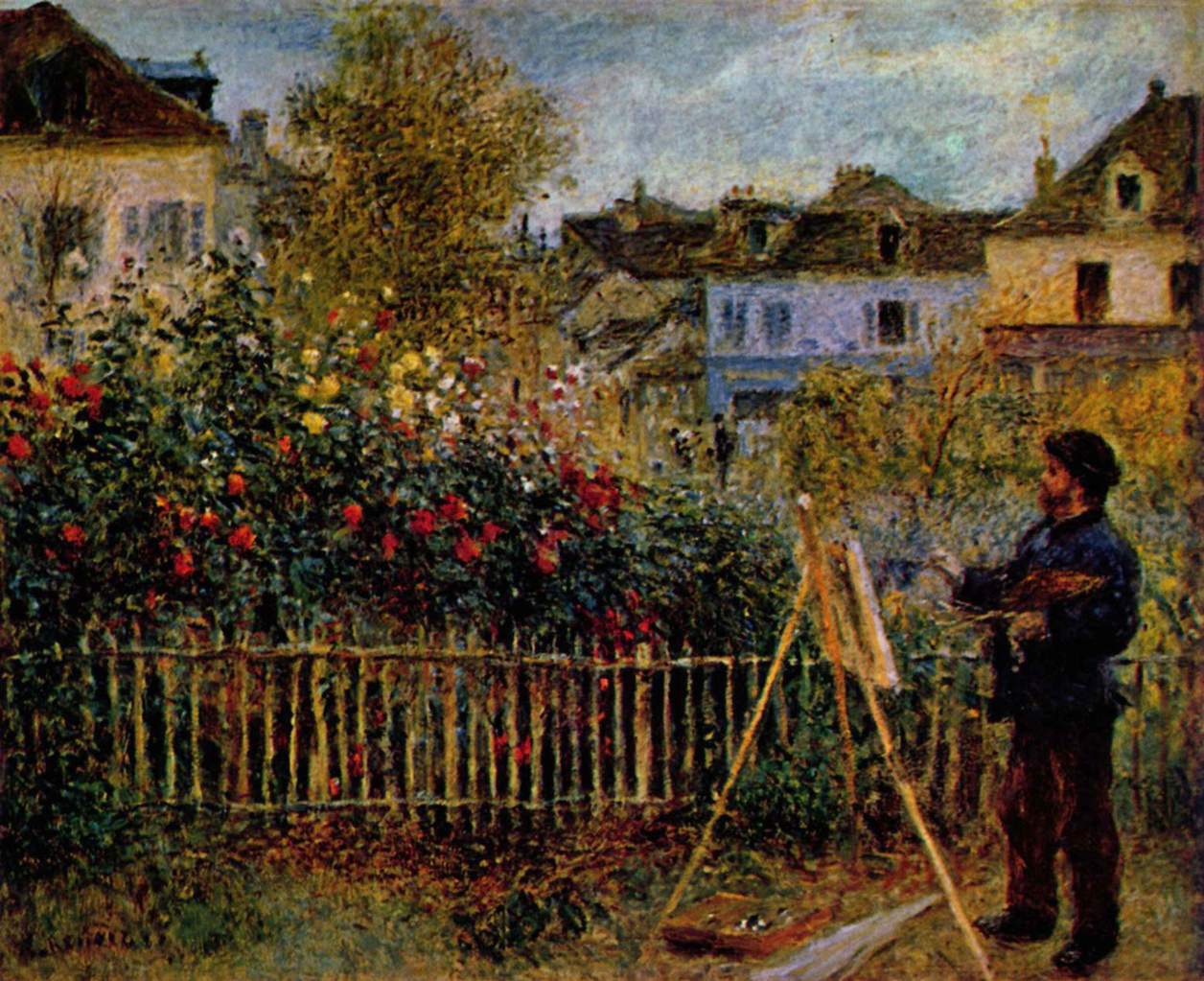 Claude Monet painting in his garden at Arganteuil (1873)

This painting uniquely displays an out of focus street in Paris, around the time that the boulevards were widened. The street is filled with activity, shortly the effects of industrialization take hold. 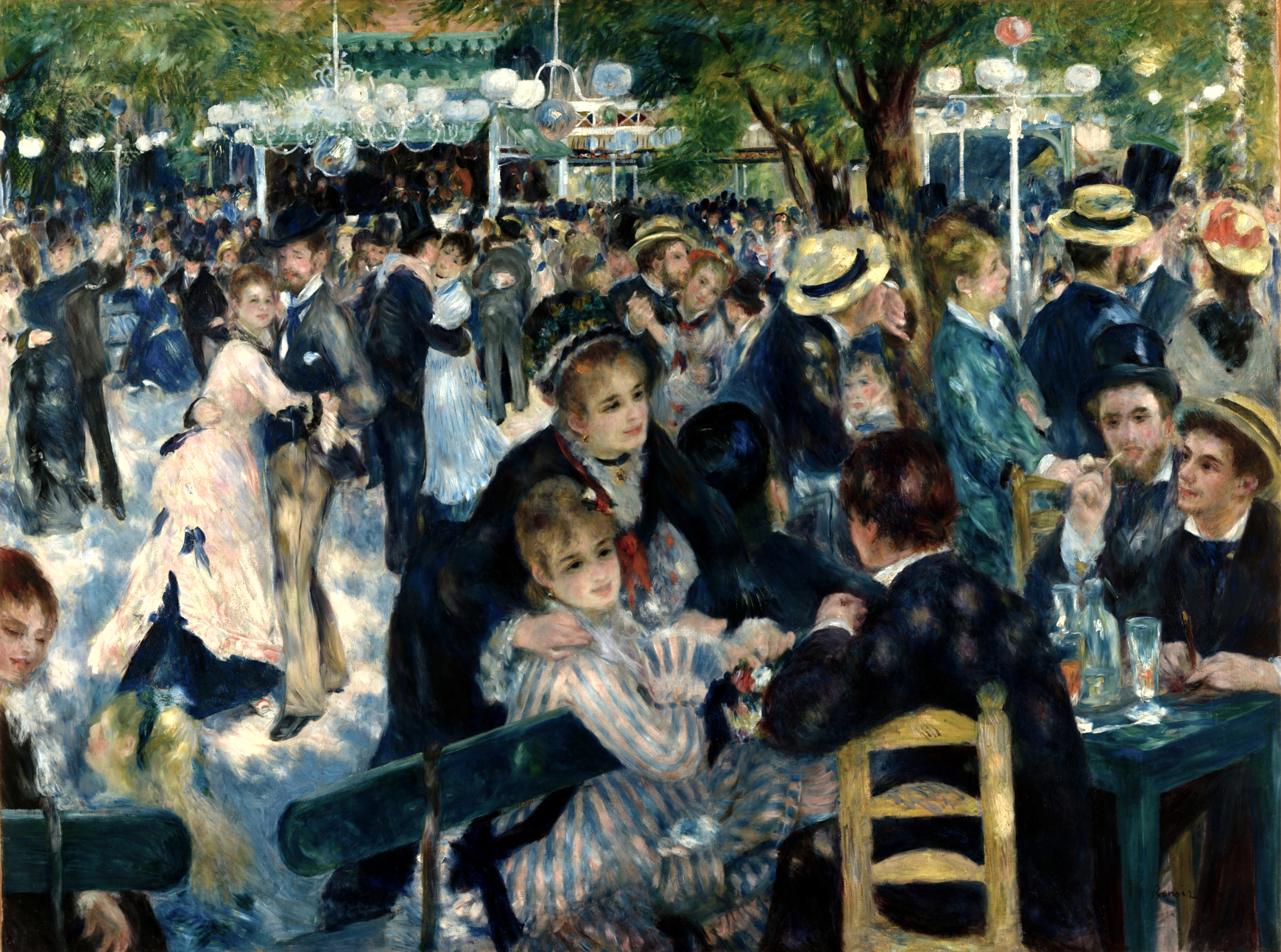 The painting portrays an evening out for working class people in Paris, filled with dancing, drinking, and eating. Note the lighting of the sunset through the trees as it appears on the party-goers. We can almost hear and see (peripherally) the sounds and motion of the people in the crowd when viewing this painting. The painting is currently held by a private and anonymous collector. It is currently on the list as one of the most expensive paintings ever sold ($78M in 1990). Prior to that it was owned by the wealthy and well-connected American, John Whitney, whose widow sold it to a wealthy Japanese manufacturer who professed at one point a desire to burn the painting, luckily financial troubles caused him to sell it in 1990. 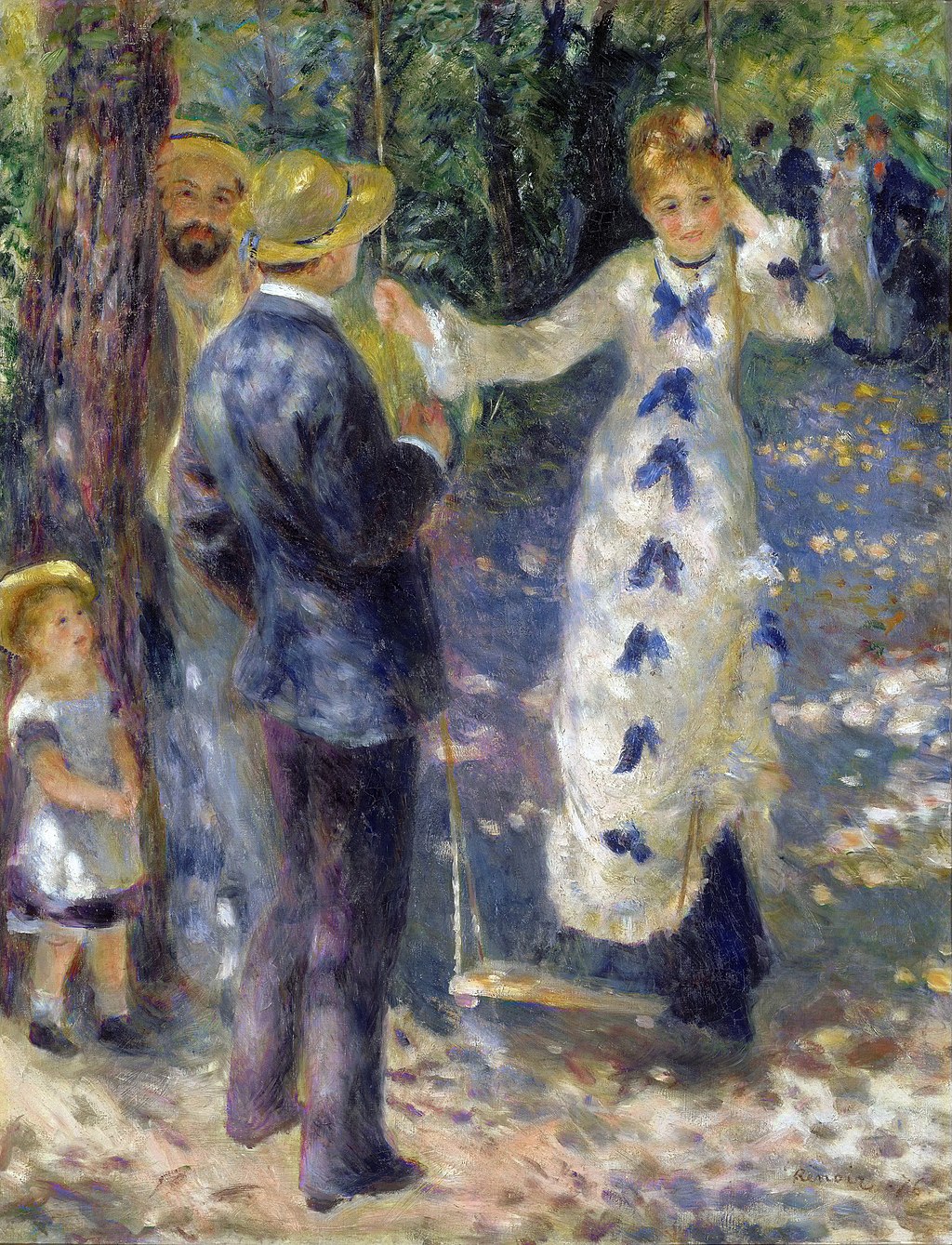 By the late 1870s and 1880s, he had secured a name for himself. This new financial security allowed him to travel to Algeria, as well as Italy and throughout France, to meet the great European artists of the day. While in Algeria he contracted pneumonia which permanently damaged his respiratory system. 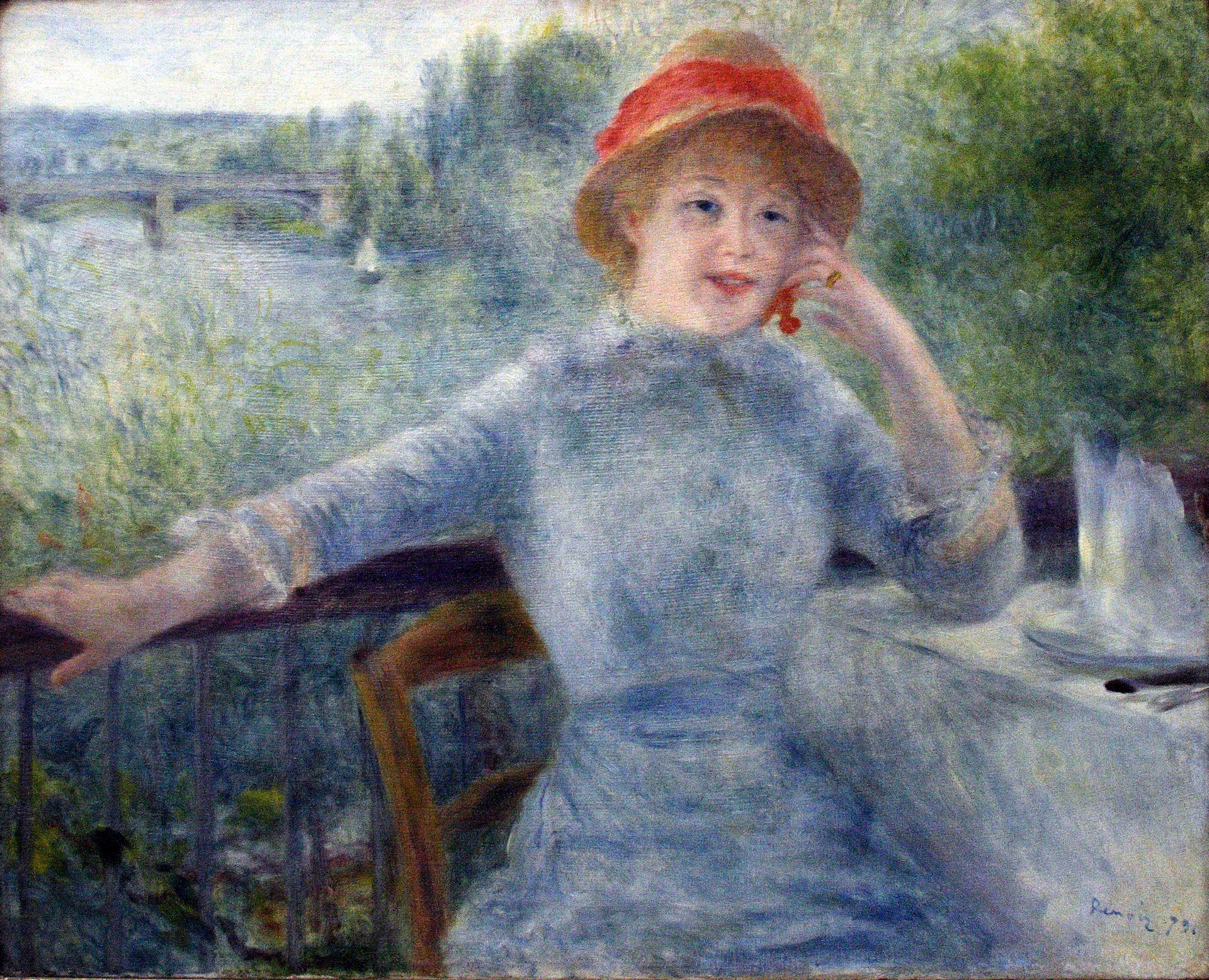 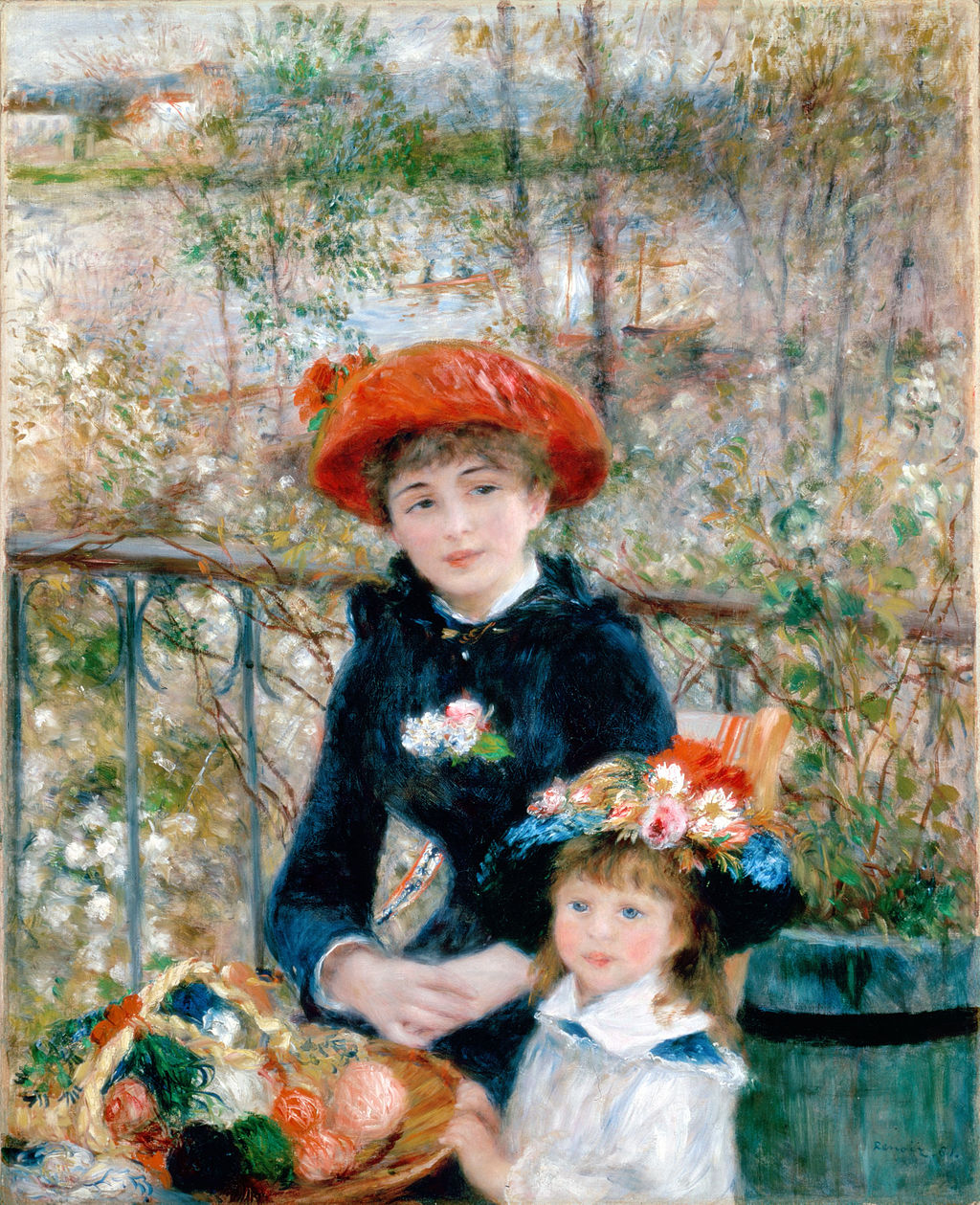 The Two Sisters, on the Terrace (1881) – note the elder sister was actually a young French actress and the younger is unknown. The two were not related.

This painting was showcased at the Impressionist exhibit in 1878, and won great acclaim. It featured a variety of Renoir’s friends and patrons enjoying themselves at a high-class restaurant which had recently opened its doors to all groups of people, a novelty in the 19th century. A still-life of fruit and wine sits on the table. The French art patron Gustave Caillebott is seated in the lower right, and Aline Charigot, Renoir’s future wife, is playing with a dog in the foreground on the left (Renoir replaced a different woman who was annoying him with Aline in the painting). A panoply of other art historians, painters, and patrons are depicted in the painting. Note the casual attire of the people in the painting. It is a masterpiece of the Impressionist era, one of Renoir’s best. Duncan Phillips, the grandson of an American banking and steel family, was obsessed with acquiring the painting and in 1923, he purchased it, in an effort to build his collection of modern art. Today it remains the most popular work in his foundation’s collection – The Phillips Collection – in Washington DC. The location of the activity in the painting is the The Maison Fournaise in Chatou west of Paris along the Seine. Renoir also completed an earlier painting at this location below:

Lunch at the Restaurant Fournaise (1879) 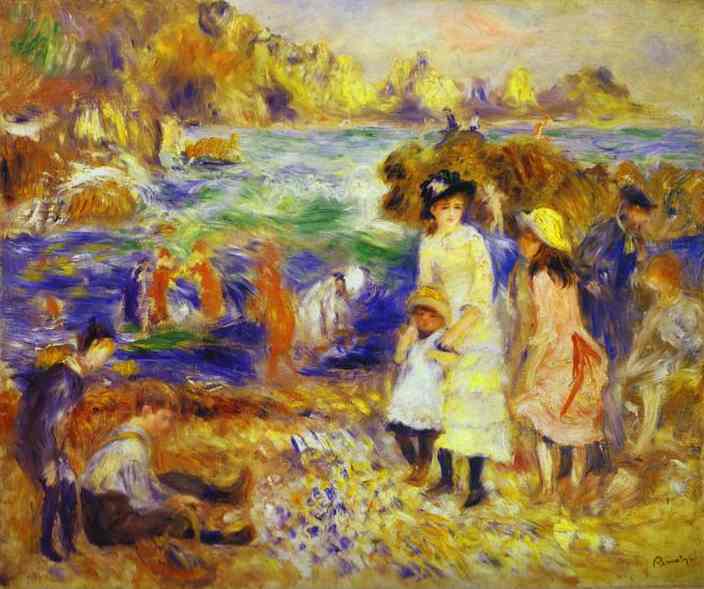 Children at the Beach at Guernsey (1883) 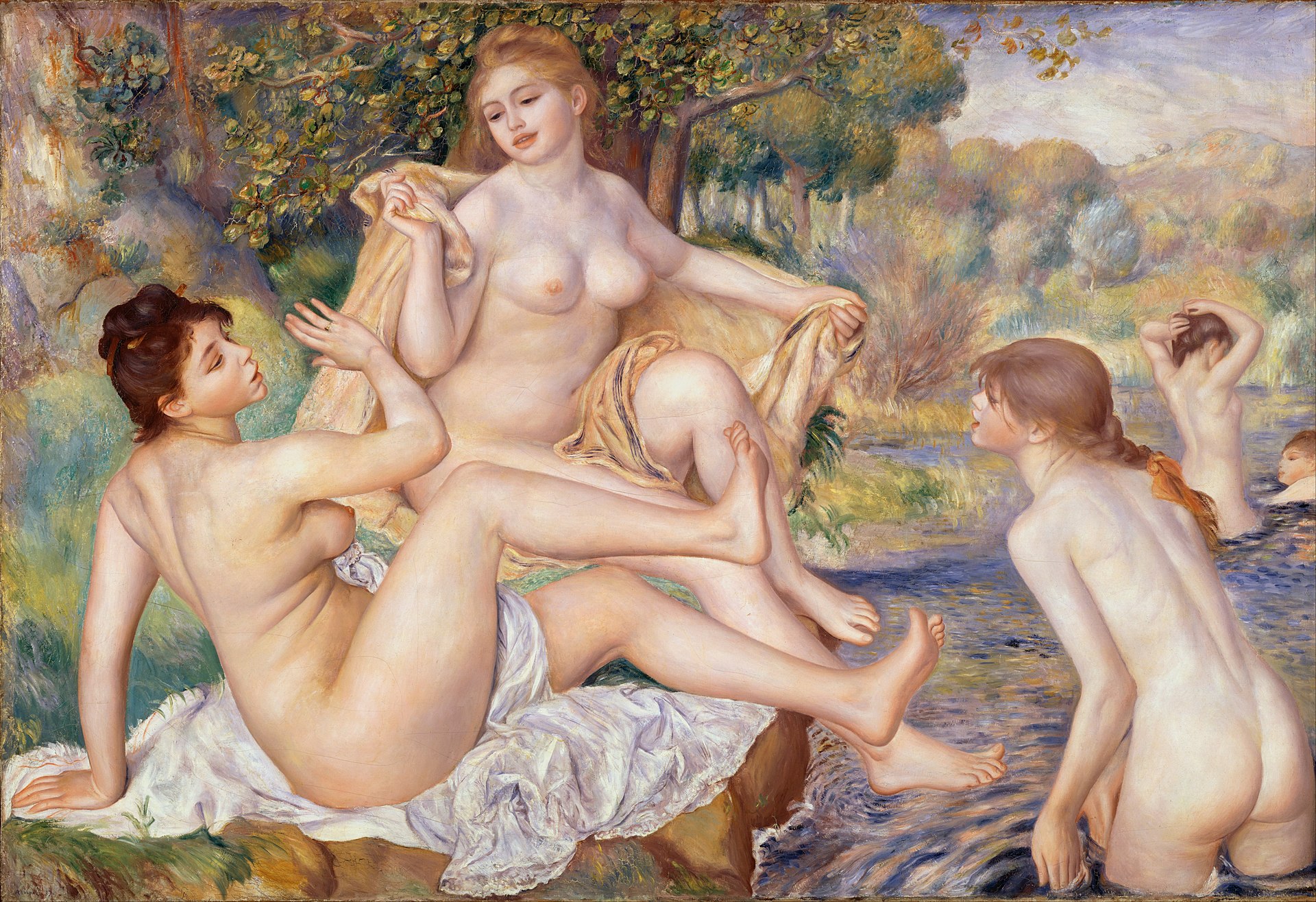 Renoir spent three years completing this painting, studying various sketches and pieces of architecture. His hope was to harmonize the classical modes of painting, like Raphael, with the new Impressionist. Notice the sculpted, classical style of the nude women in the painting (one is Renoir’s future wife, Aline), and contrast those sharp characteristics with the blurred, shiny Impressionistic background. Two women bathe in the background, while the action occurs in the foreground, where one woman reaches to splash the other two from the river, one preparing to shield herself, the other covering herself with a towel.

Renoir grew disillusioned with Impressionism over time, and as such his style evolved, though his work always remained lush, indulgent, and voluptuous. 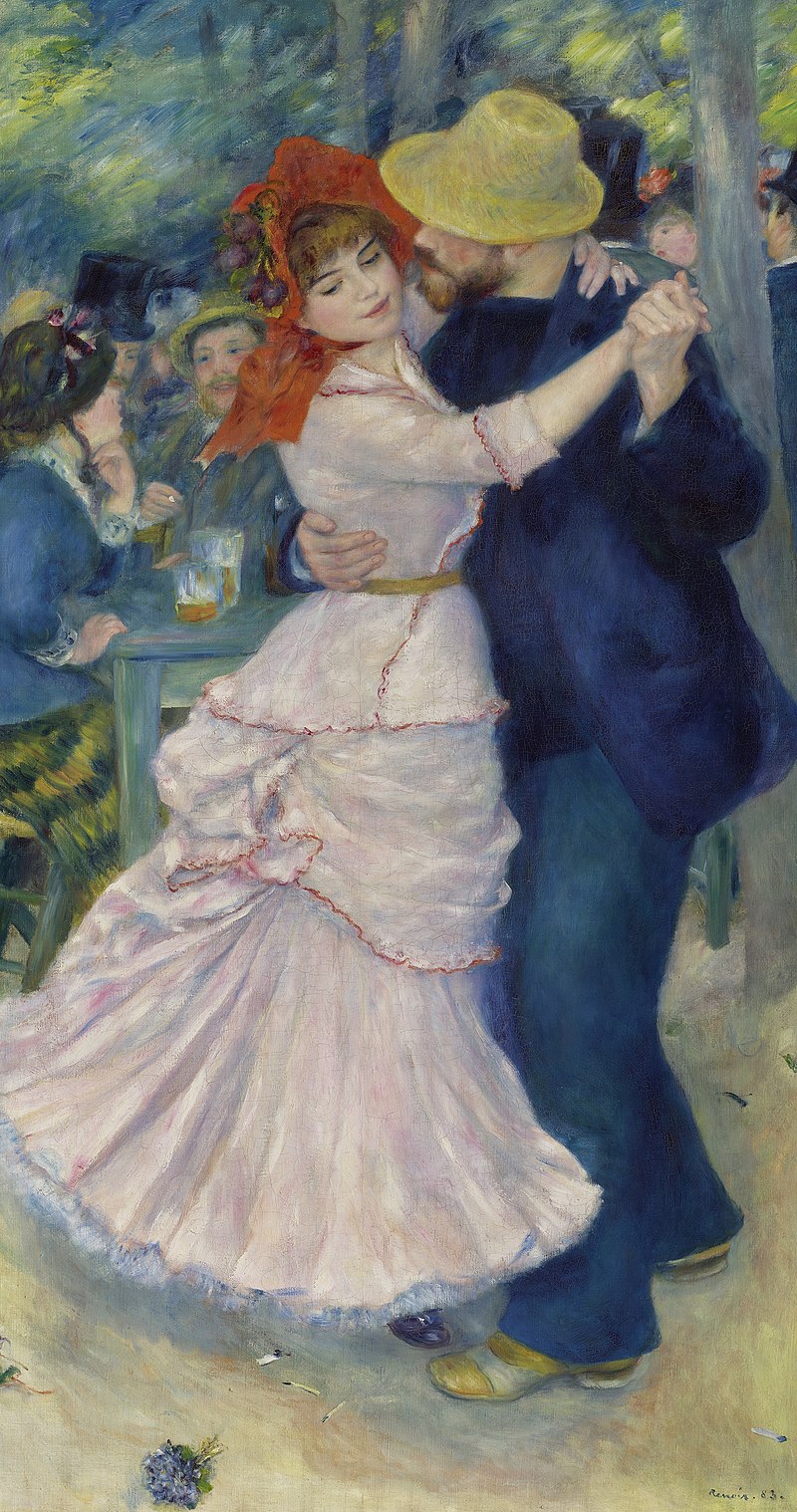 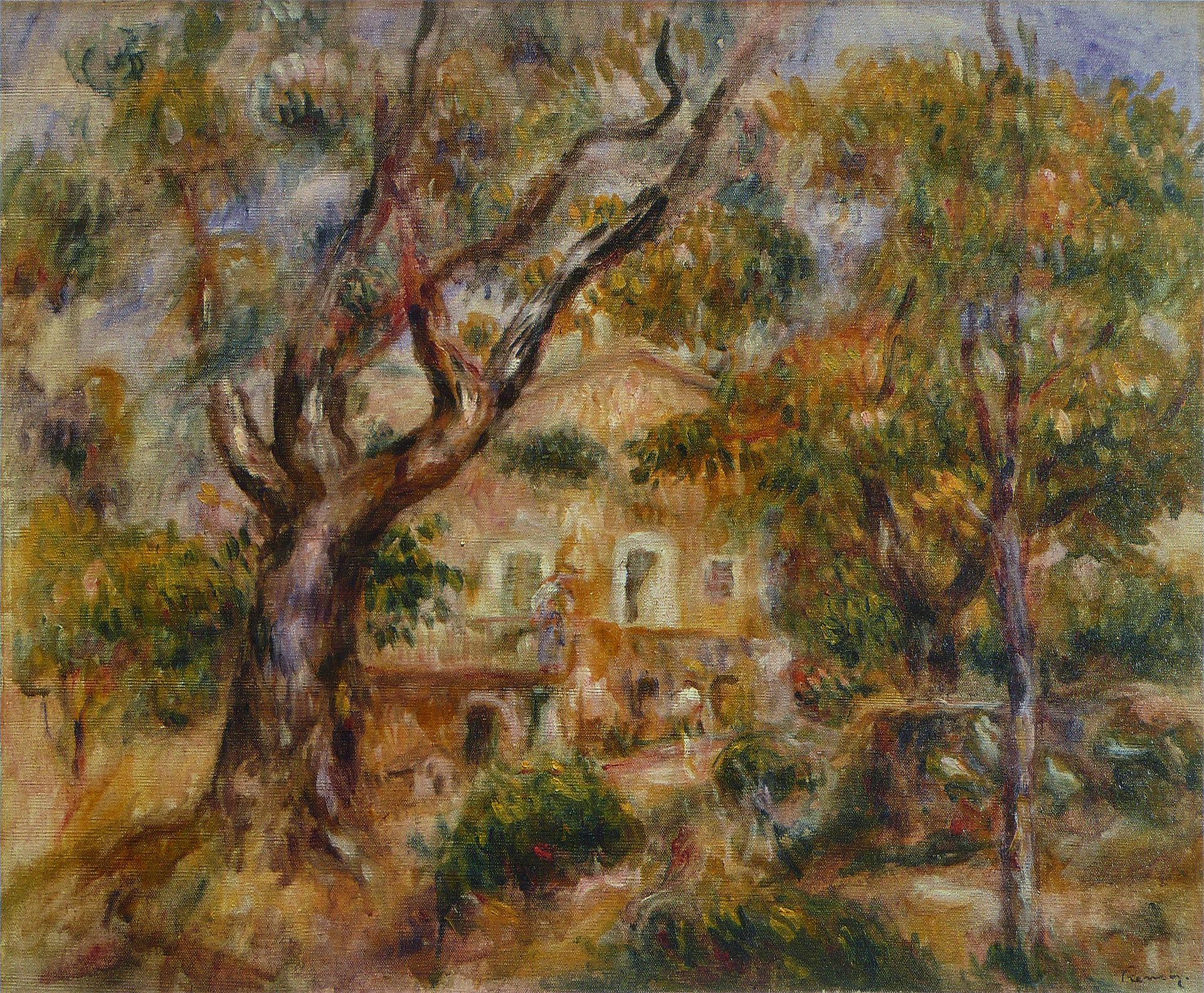 In 1890, Renoir married Aline Charigot, one of his models and a dressmaker who was twenty years his junior. Like Monet, Renoir had a child out of wedlock with Aline named Pierre (born in 1885), who later became a notable stage and film actor. They had two other children together: Jean Renoir, the great film director, and Claude Renoir who also became an artist of ceramics.

By 1892, Renoir was stricken with arthritis which severely limited his mobility. Yet he continued to paint, and was at one point quoted as saying: “The pain passes, but beauty persists.” He moved to a warmer Mediterranean climate along the French Riviera in a town called Cagnes-sur-Mer in southeastern France, where he lived on a luxurious home he had built called “Las Collettes.” He had a stroke in 1912, yet Renoir still continued to paint. His wife, Aline, died in 1915. In 1919, Renoir traveled to the Louvre to see his paintings hung alongside the masters. He died at his home in Cagnes-sur-mer in 1919.  Renoir had completed thousands of paintings in his lifetime.