Alfred Sisley (1839-1899) was born into a wealthy English family in Paris. His father ran a successful silk trade, which afforded him an upper middle-class lifestyle, unlike his penniless contemporaries, Monet and Renoir. As a young man, Sisley went to study business in London, but he left after four years to return to Paris to study art. There, he met his famous fellow artists.

Sisley was given a monthly stipend from his father, and this allowed him to continue his art career. Sisley was primarily a landscape painter, and his paintings never sold particularly well during his lifetime. Like his friends, many of his paintings were rejected by the Salon in Paris. The value of his paintings appreciated only after his death. 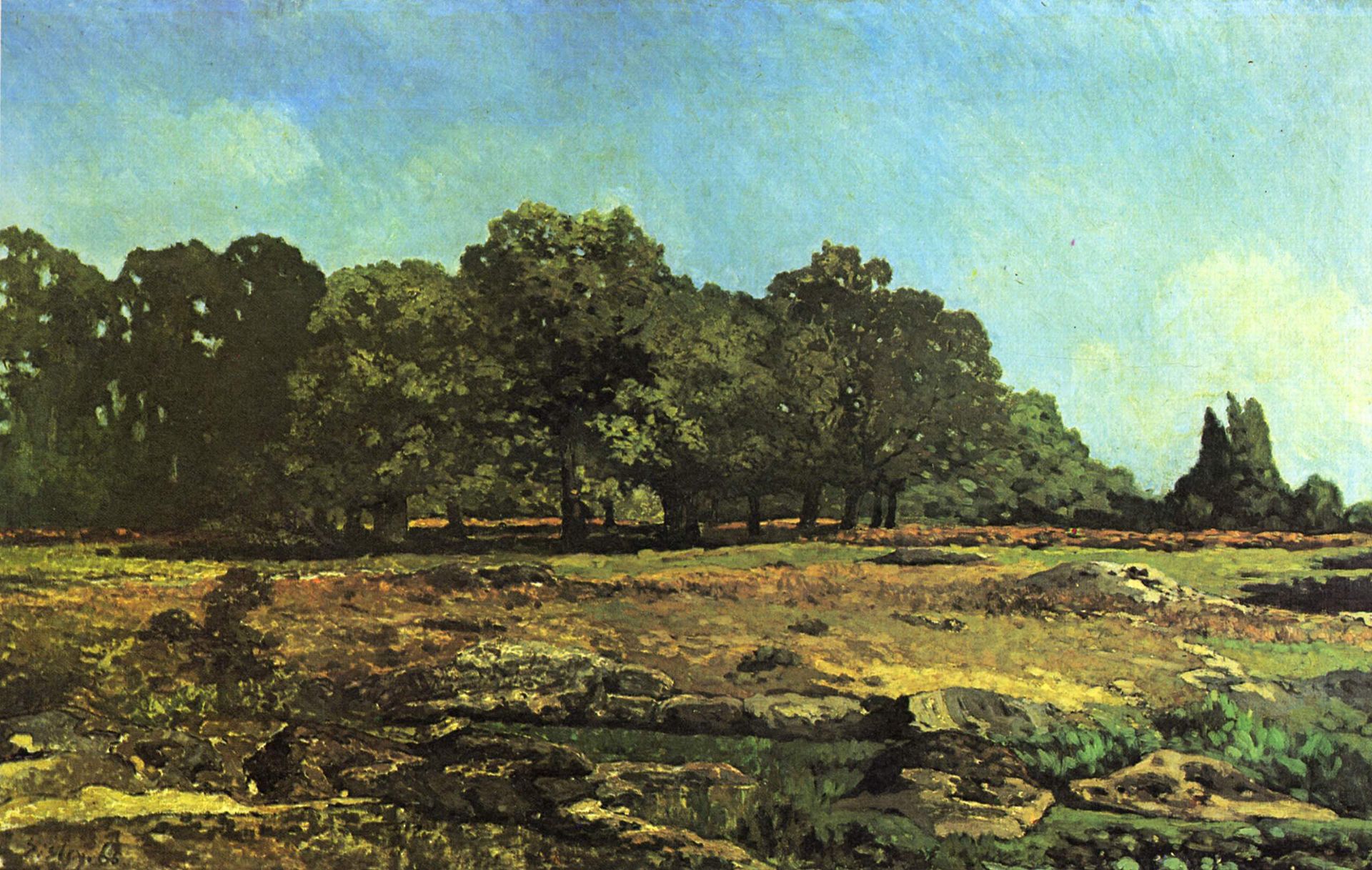 In the 1860s, he began a romantic affair with Eugénie Lesouezec, with whom he had two children. They were not married until 1897 in Wales. 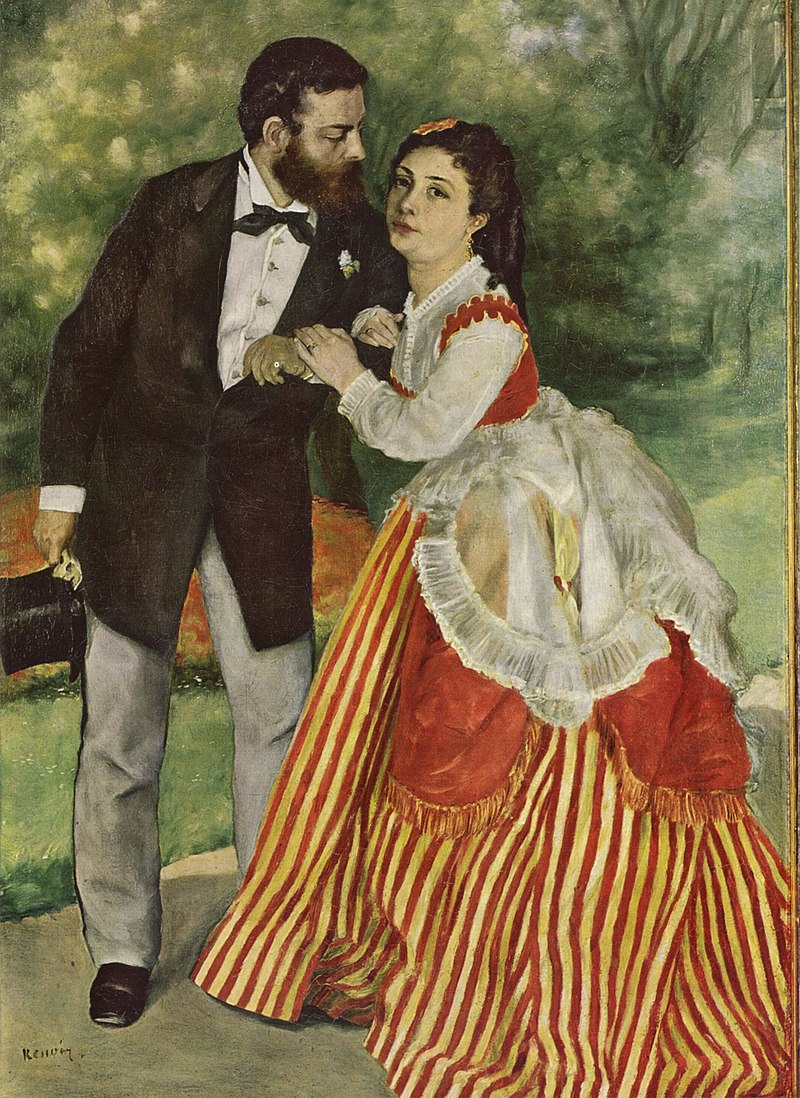 Alfred Sisley and his Wife (1868) By: Pierre-Auguste Renoir

When the Franco-Prussian War arrived in the 1870s, Sisley’s father’s business struggled causing Sisley to lose his primary means of financial support. After his father’s stipend stopped arriving, Sisley spent the remainder of his life in poverty. 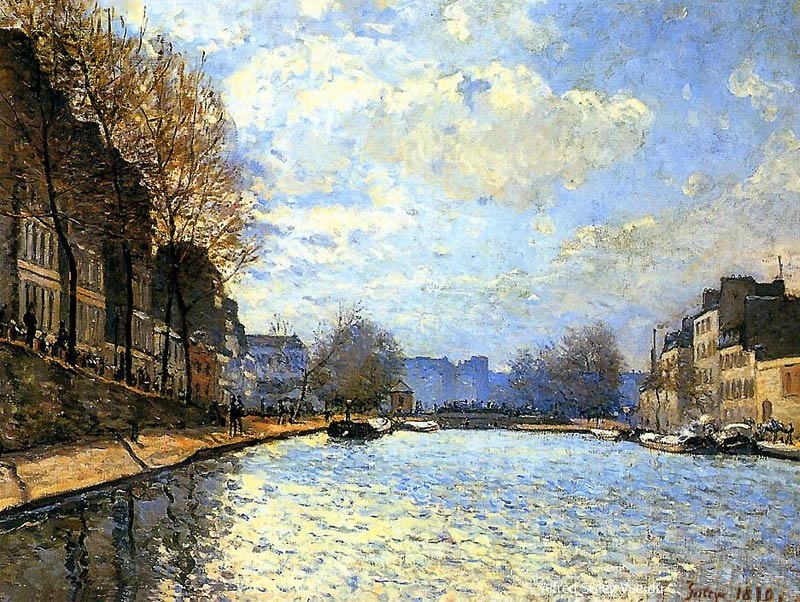 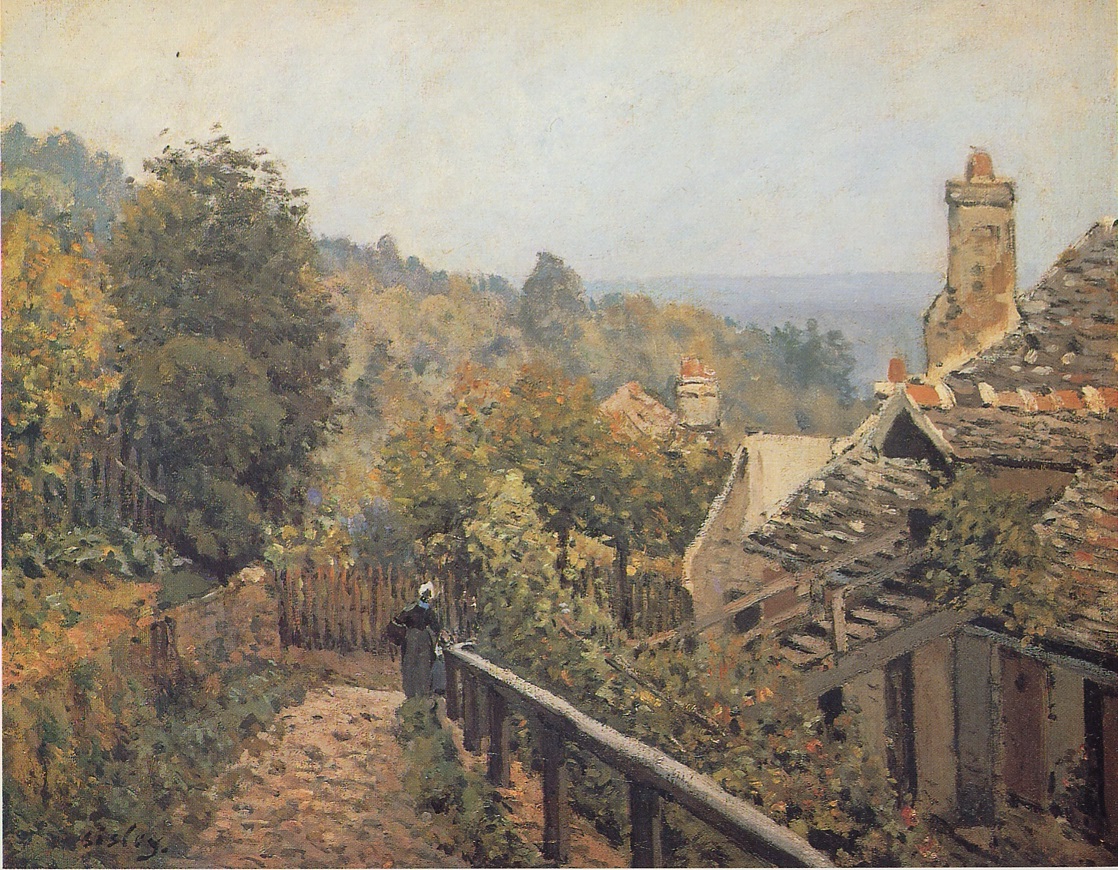 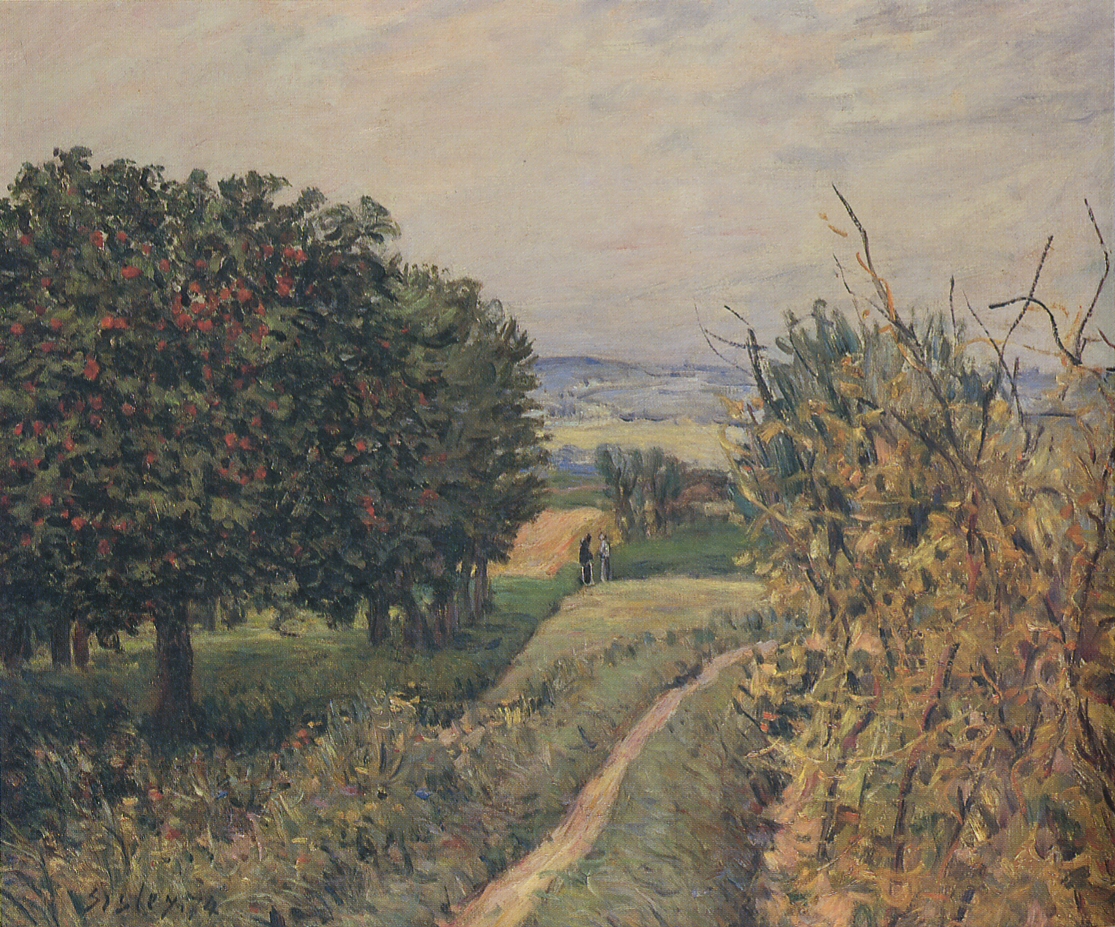 Among the Vines Louveciennes (1874) 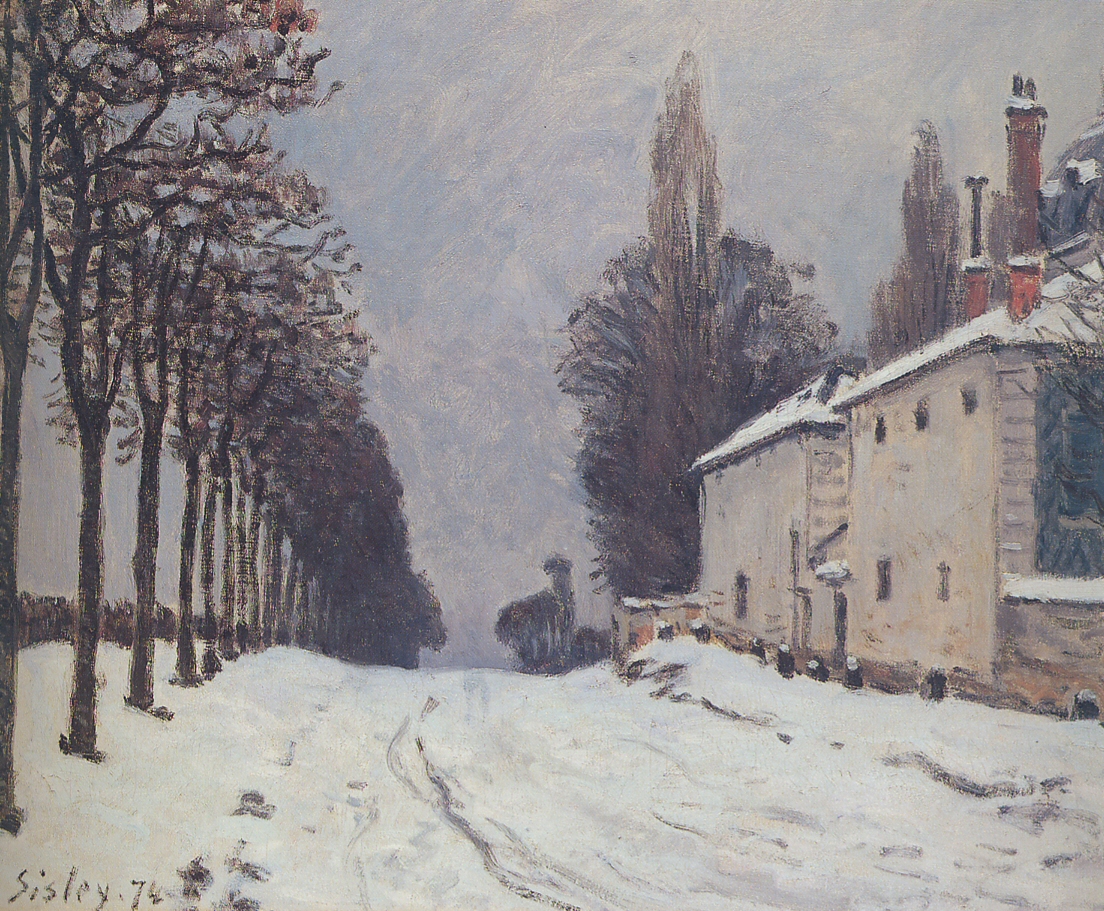 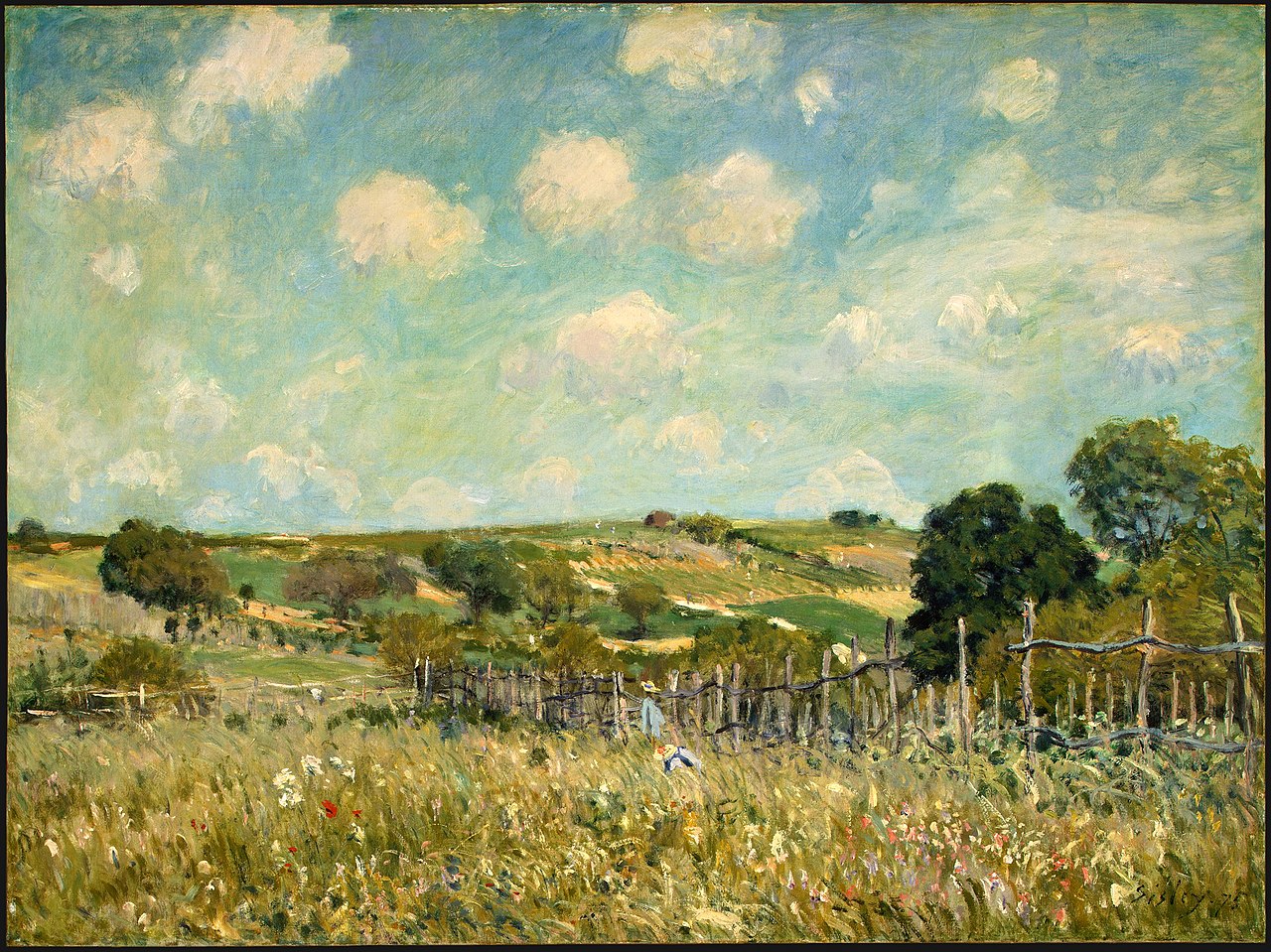 Thanks to the support of several patrons, Sisley was able to travel to England, his homeland, where he painted his most celebrated scenic paintings of the Thames from a variety of views. Sisley is distinct from other Impressionists, like Renoir, in that he remained consistently an Impressionist throughout his career. However, Sisley’s works have often been overshadowed by Monet, Renoir, Pisarro and others, and many of his pieces have been derided as “bland” and “impersonal.” He twice applied for French citizenship but was denied, thus remaining a British citizen all his life until his death from throat cancer in 1899. He died at age 59, several months after his wife’s death.

Frédéric Bazille (1841-1870) was born into a Protestant, upper middle-class family from Montpelier in Southern France. He was destined to pursue a career in medicine when he left for Paris, however he quickly gravitated toward studying art. He became part of a circle of avant-garde artists and writers in Paris, including Renoir and Monet. He shared a studio space with both Monet and Renoir. After he failed his medical exam, he pursued art full-time. He was known for being altruistic with his wealth, sharing it with his fellow artists, supporting them and purchasing studio space for them.

As with other French Impressionists, the Franco-Prussian War (1870-1871) upended Bazille’s career. He joined up a French regiment and was tragically killed during the war shortly before his 29th birthday. His commanding officer was injured, leaving Bazille to lead an assault on a German position, where Bazille was shot twice and died on the battlefield. His father visited the battlefield where he was killed shortly thereafter. He retrieved his son’s remains and give him a proper burial. Like Sisley, his work is lesser known today. His paintings typically showcase figures, rather than landscapes, and many of his paintings take place at his family’s home in Southern France. 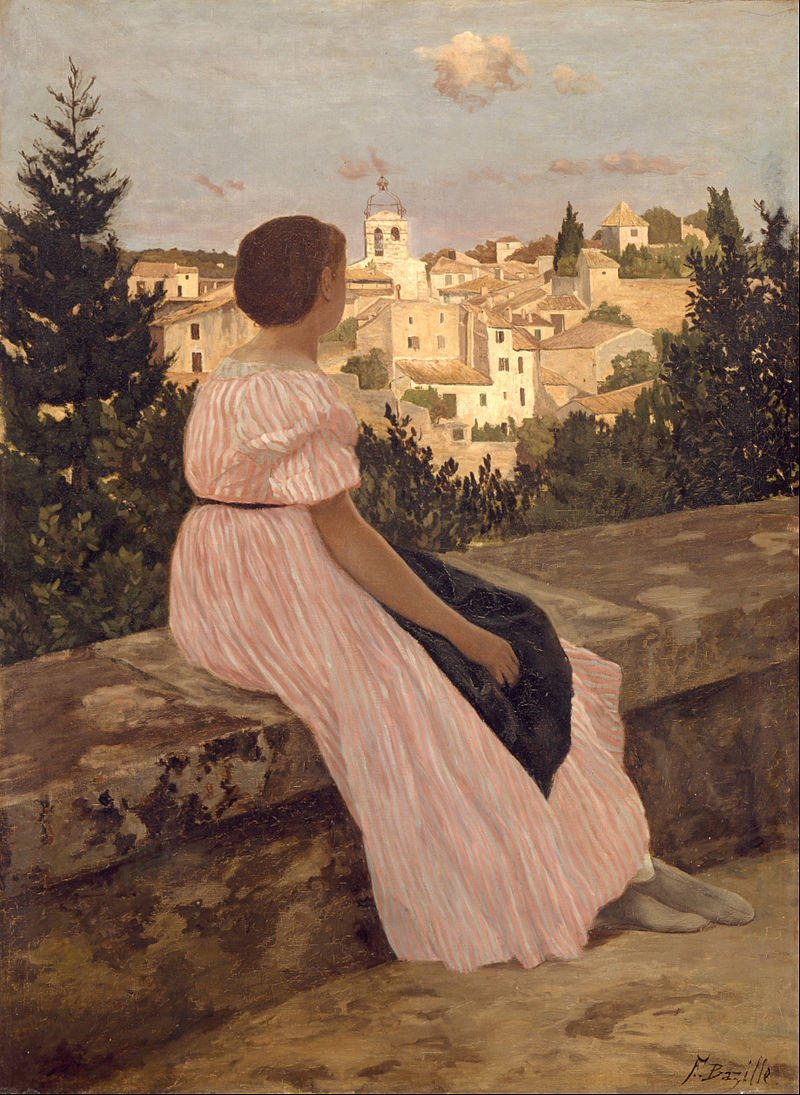 This painting portrays Bazille’s cousin, Thérèse des Hours, as she looks off from their family home in Montpelier France. Note the lighting in the painting which draws the viewers attention to the town far off in the distance. 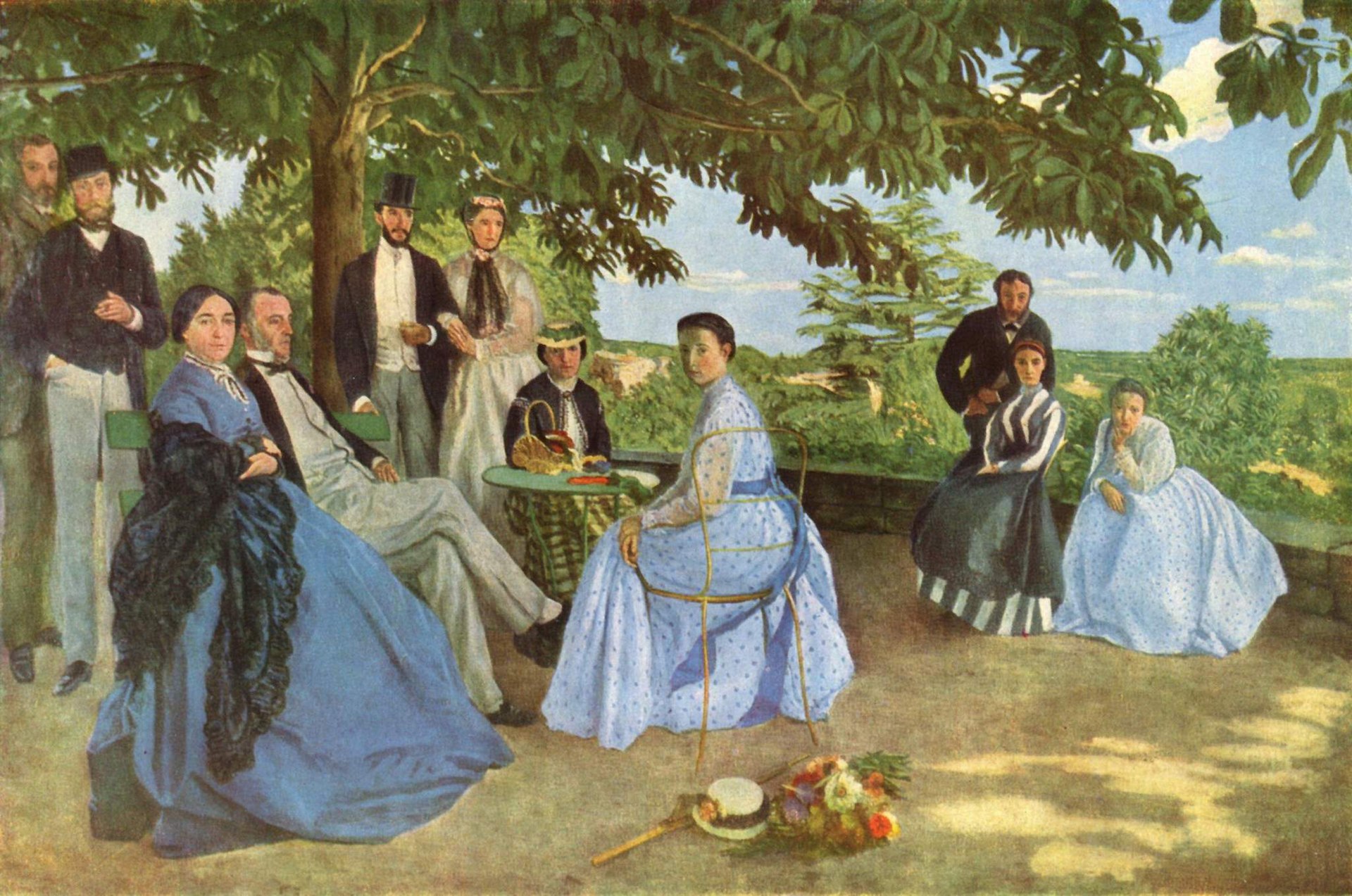 The Family Reunion (1867) – Bazille’s most famous painting from his brief catalog. 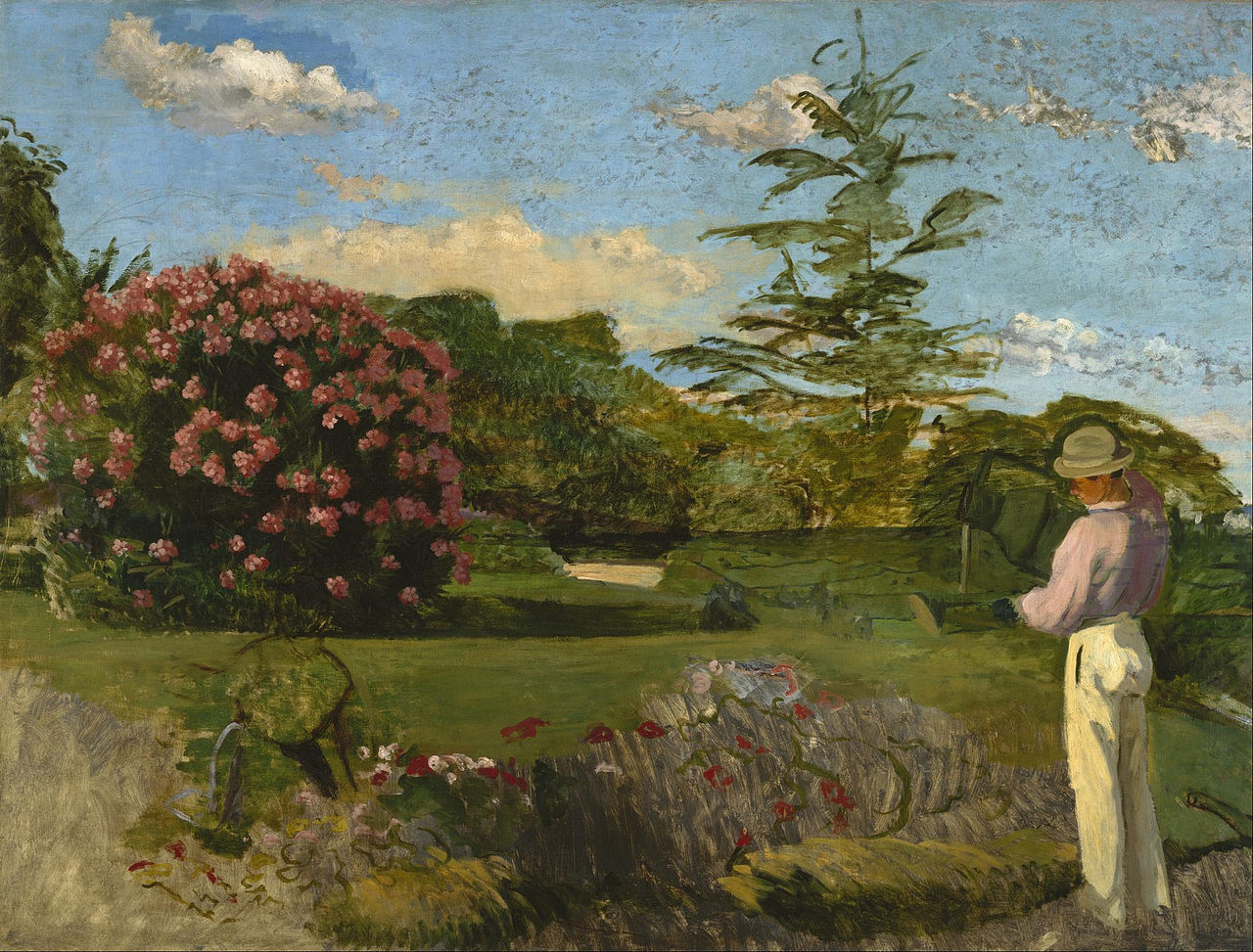 Portrait of Paul Verlaine (1868) – Verlaine was the famous, or perhaps infamous, flaneur and poet of France in the late 19th century. He had a violent and passionate with Rimbaud, another great poet of the era, who like Verlaine, was a drug-abusing avant-garde and decadent poet. Verlaine was portrayed many times by many different artists in the 19th century. He spent his later years living in hospitals and bars, drinking absinthe, until his death in 1896. 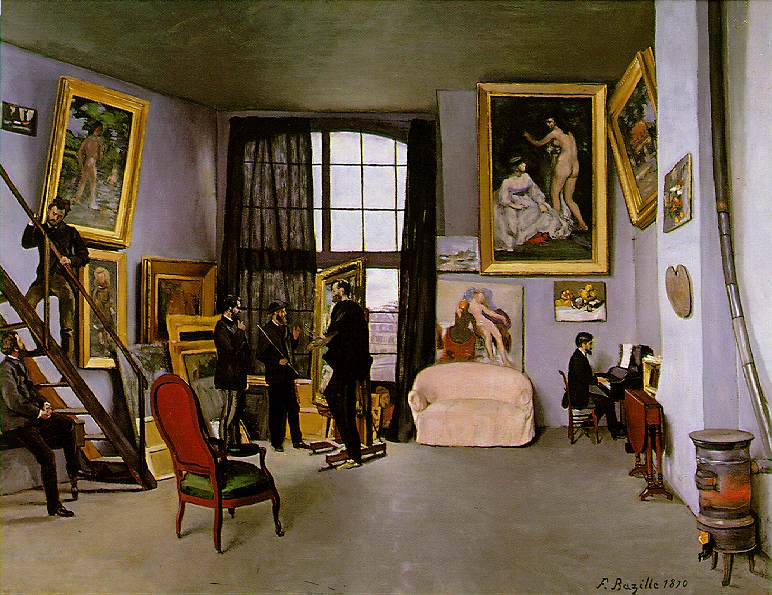 Studio in Rue de La Condamine (1870) – one of Bazille’s final paintings before his death in battle. It depicts his studio with friends, Manet and Pisarro present.