“The Faces of Children” is a simple and beautiful film. It is a French-Swiss pastoral picture that takes place amidst the incredible landscapes of the village of Saint-Luc in the mountainous Haut-Valais region of Switzerland.

Here we encounter a psychological exploration, remarkably complex for the time, of a family whose matriarch has tragically died. The family’s father struggles and sends his son away to live with his godfather up in the mountains. Meanwhile, father continues on with his life, and he eventually falls in love and remarries. When his young son finds out, he returns home and meets his new mother (who has a daughter of her own) with skepticism. He looks to his mother’s portrait on the wall, which comes alive in the boy’s mind. He begins to sabotage his new mother and sister, and in the end, he tricks his new sister into wandering into the woods where she becomes entrapped inside a chapel, buried beneath an avalanche. After his mother’s portrait appears blurred to him, expressing dissatisfaction with his actions, the boy ventures out into the woods in an attempt to drown himself in the river, but he is rescued at the last moment by his new mother, and he finally embraces her while his biological mother’s portrait smiles down upon him.

Jacques Feyder is a sometimes-overlooked French silent film director, a fact lamented by Rene Clair, but after directing a few early films, including Visages d’enfants, he eventually came to Hollywood where he worked on several Greta Garbo pictures. He soon grew disillusioned with the “system” of Hollywood which stifled his creativity. He then returned to Europe and directed a number of films, but he suddenly and tragically passed away in 1948. His wife was a famous French actress named Françoise Rosay, who appeared in a large number of his films, and also helped him co-direct some of his movies. 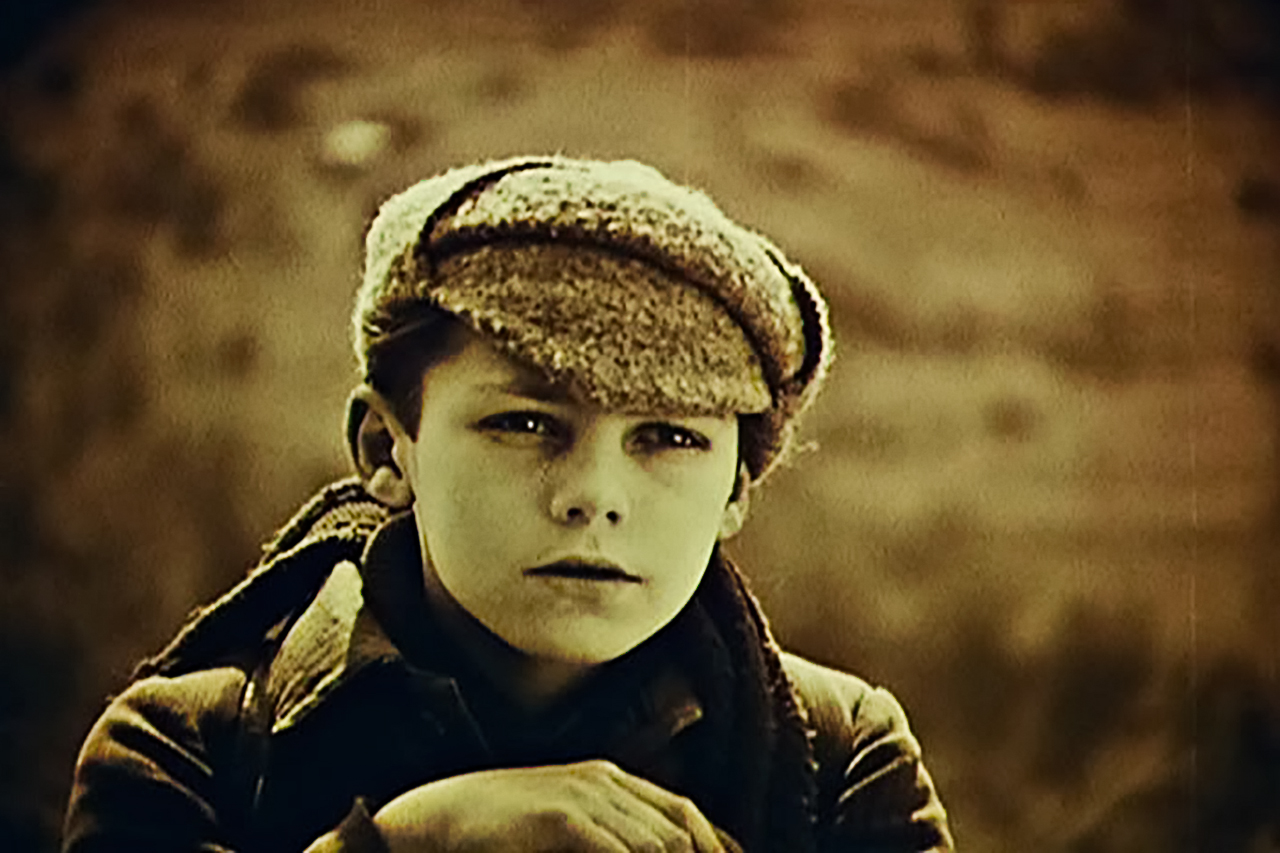 “The Faces of Children” is a slow, dramatic film that stands years ahead of its time. It was praised by critics upon its release, however it was not a financial success among the public. The original negative was presumed lost for years until it turned up in the 1980s and the restoration of the film has been remarkable. “The Faces of Children” has been called one of the best silent French films among certain circles, and in my view, it is a truly under-appreciated masterpiece of French silent cinema, on par other great French directors like Abel Gance, Marcel L’Herbier, and Jean Epstein.