Gustave Caillebotte (1848-1894) -pronounced “kye-bott”- was descended from a wealthy military textile family in Paris. His family owned a home in Paris and later bought a larger home south of Paris, as well. 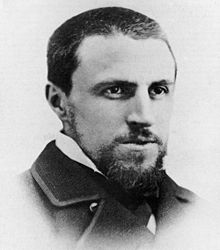 Photograph of Caillebotte circa 1878

Caillebotte studied law, and he was also drafted to serve in the armed forces during the Franco-Prussian War (1870-1871). Upon his return to Paris he started hanging around the art studios. He attended, but did not participate in the famous first Impressionist exhibition in 1874, but he did showcase his work at the second exhibit, where he displayed one of his early masterpieces, “The Floor Scrapers” (pictured below): 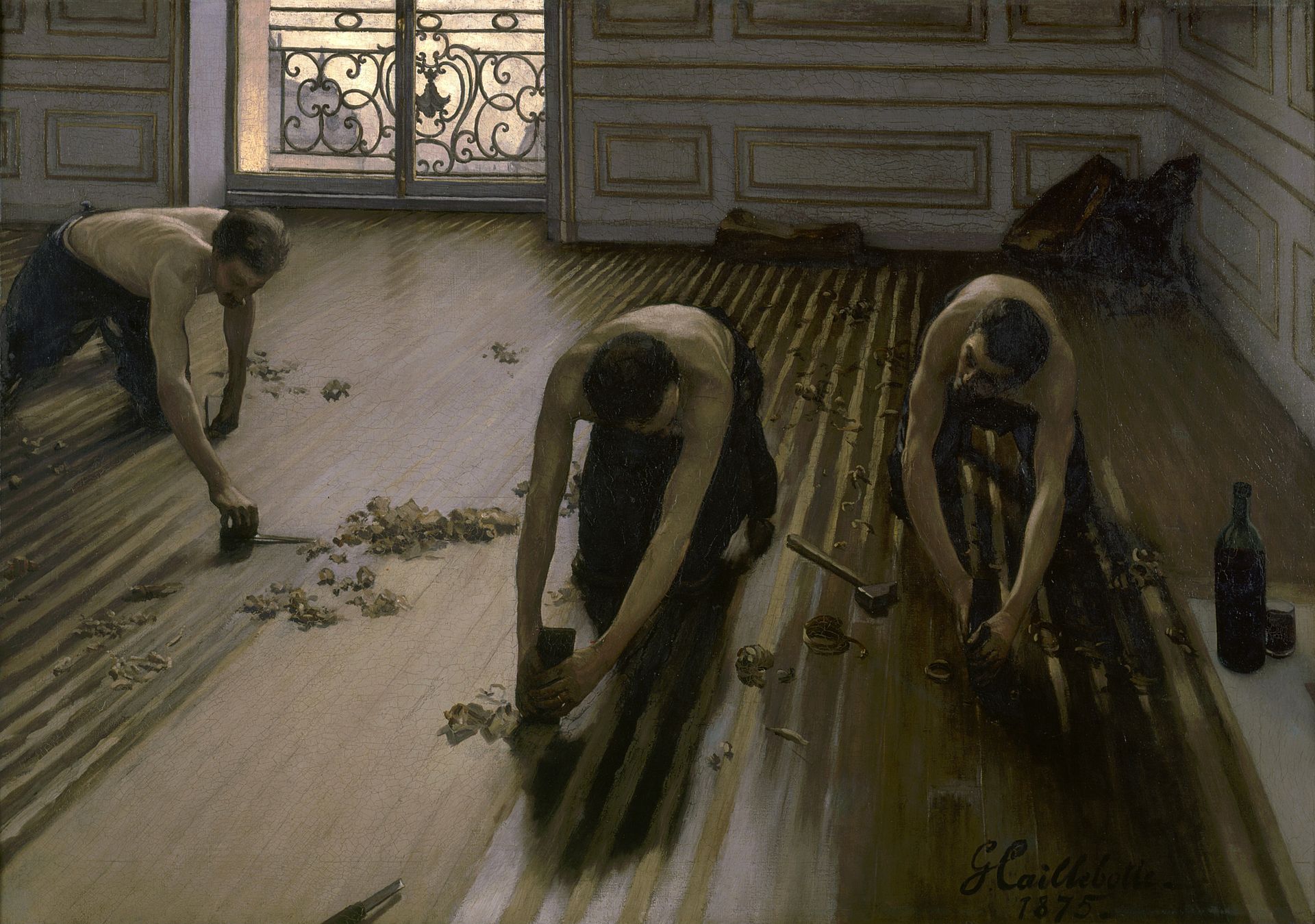 Les raboteurs de parquet (1875) – the scene is believed to be Caillebotte’s own studio, the perspective is unique (long lines extending across the room), and the subject matter is distinctly modern, highlighting ordinary working people. Its subject was deemed “vulgar” and was rejected by the Salon. It was presented at the Impressionist exhibit in 1876. 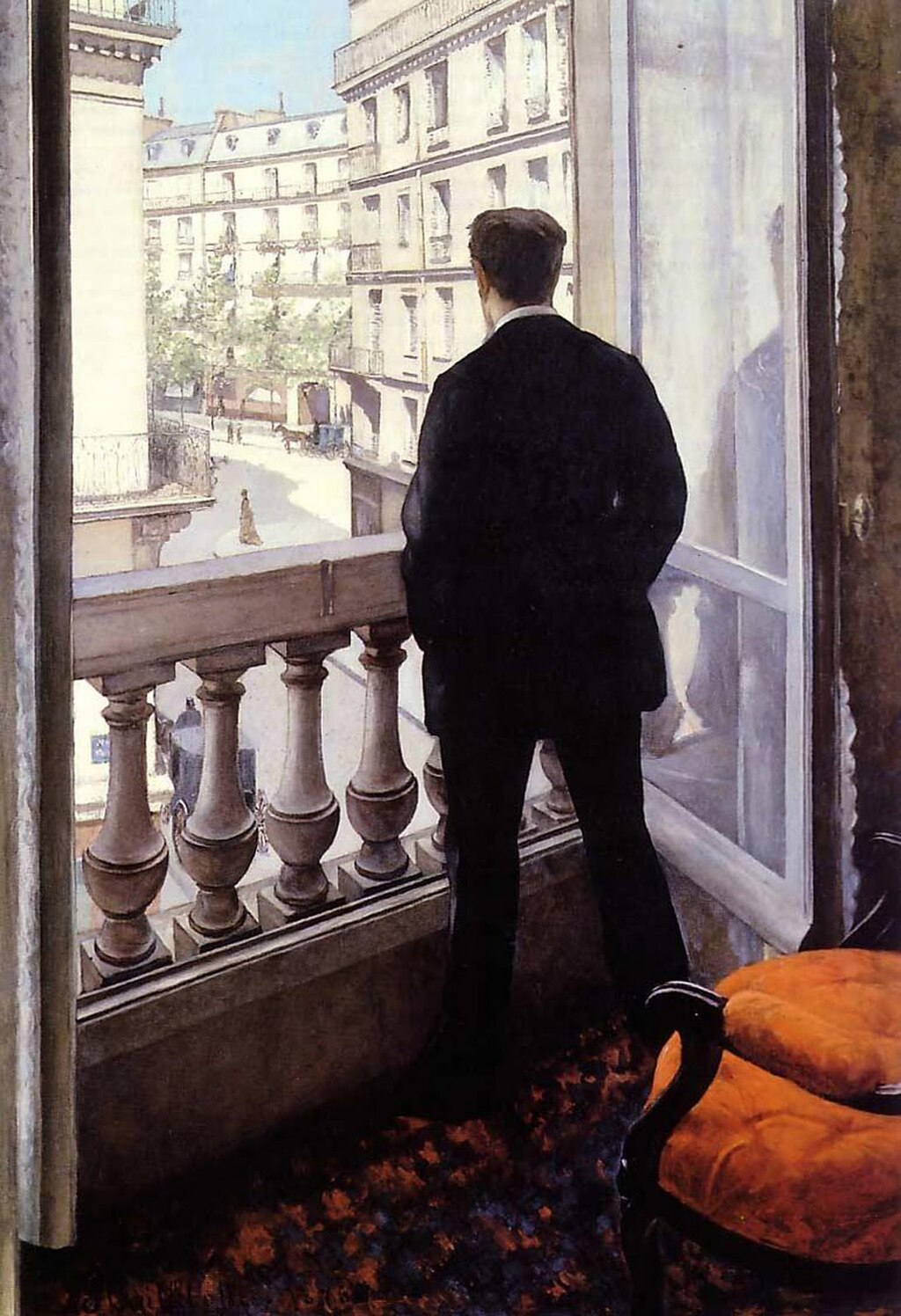 The Young Man At His Window (1875) – a realist depiction of the artist’s brother at his window at their family home in Paris. It has echoes of German romanticism, however the painting is distinctly urban and informal, not rural. It was presented at the Impressionist exhibit in 1876. 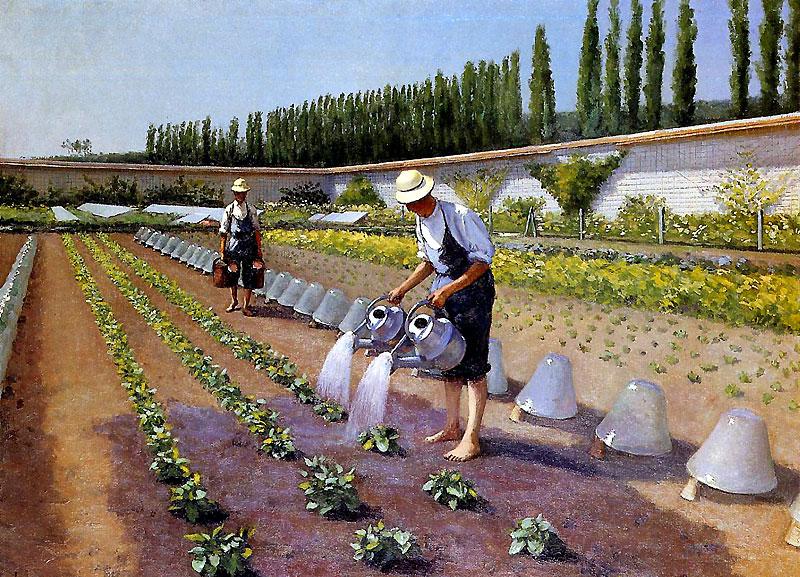 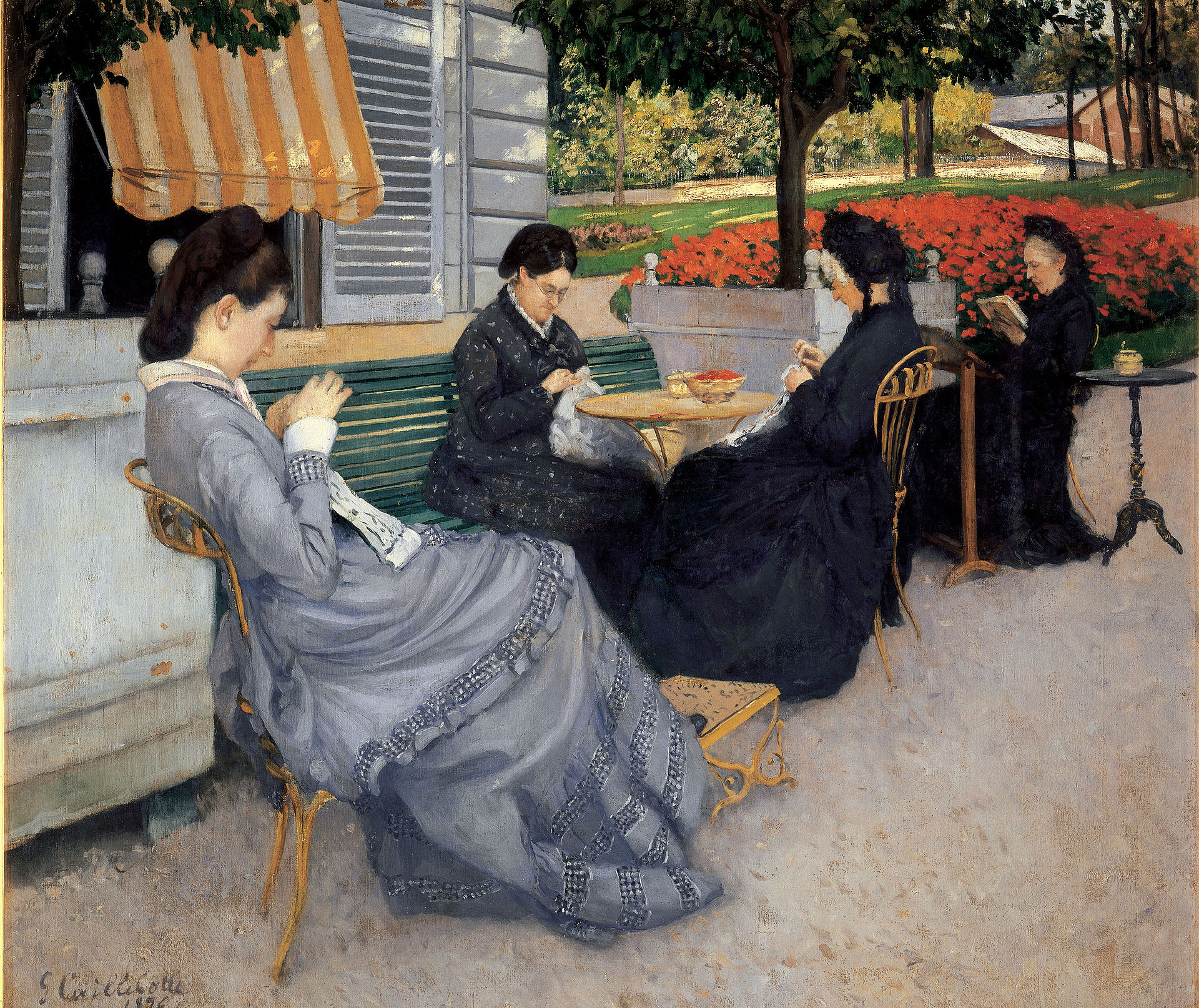 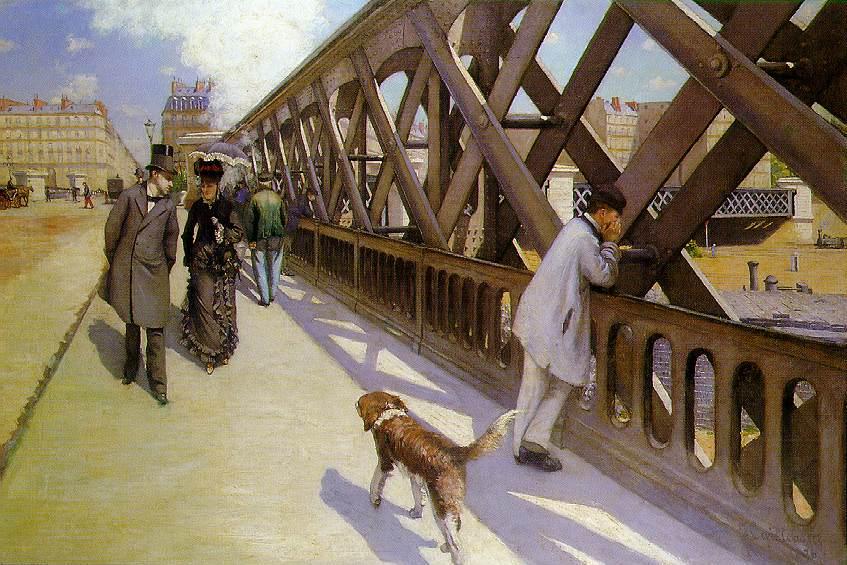 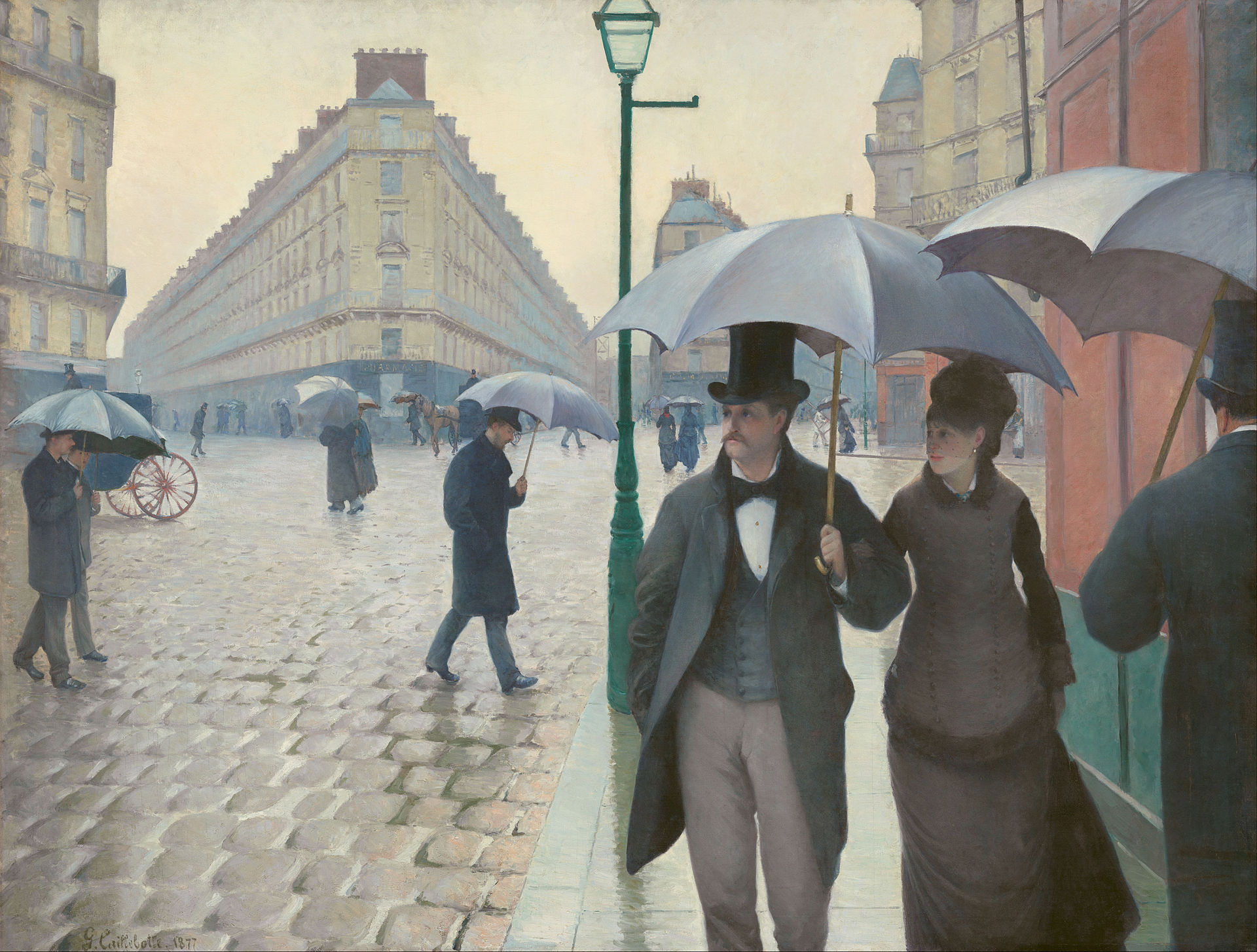 Paris Street, Rainy Day (1877) -surely the best known work by Caillebotte. It shows a busy street in the rain in Paris, at the Place de Dublin, then known as the Carrefour de Moscou, at an intersection to the east of the Gare Saint-Lazare in north Paris. The painting contains elements of influence from photography -note the reflective rain puddles on the street, the many out of focus people, the man on the right who is deliberate halfway cut out of the frame, and the candid, or unposed postures of the central subjects. Also, note the huge, geometric, and elongated Parisian buildings in the distance (Napoleon III had undertaken a huge remaking of the city of Paris in the 1870s). Perspective is jokingly played with as a man off to the left appears to jump from the wheel of a carriage, while a pair of legs seems to stem from an umbrella in the center of the painting. We get the impression of silence and isolation, as each couple or individual seems to live an entirely different world from the others. No one seems to be looking at or talking to one another, as the umbrellas serve as a barrier between man and nature, as well as man and man. There is a greater sense of loneliness in Caillebott, than in Renoir’s jovial parties or Monet’s vivid landscapes. The central vertical lamppost seems to divide the painting into four quadrants. Émile Zola was often a critic of Caillebotte, but he praised this particular work. It holds kinship with American painters, like Edward Hopper. The painting was acquired by the son of the Chrysler company in the 1920s, and he later sold it to the Art Institute of Chicago, where it remains to this day.

After Caillebotte’s father’s death, he inherited a large sum of money and bought a large property not far from Renoir’s home at Argentiel. The two were good friends and Caillebotte was featured in Renoir’s famous 1881 painting, Luncheon of the Boating Party. At the age of 34, Caillebotte stopped showing his works publicly. He devoted all his time to gardening and yachting.

Despite latter-day rumors of homosexuality, Caillebotte had a mistress who was eleven years his junior. Upon his death he left her a sizable annuity. 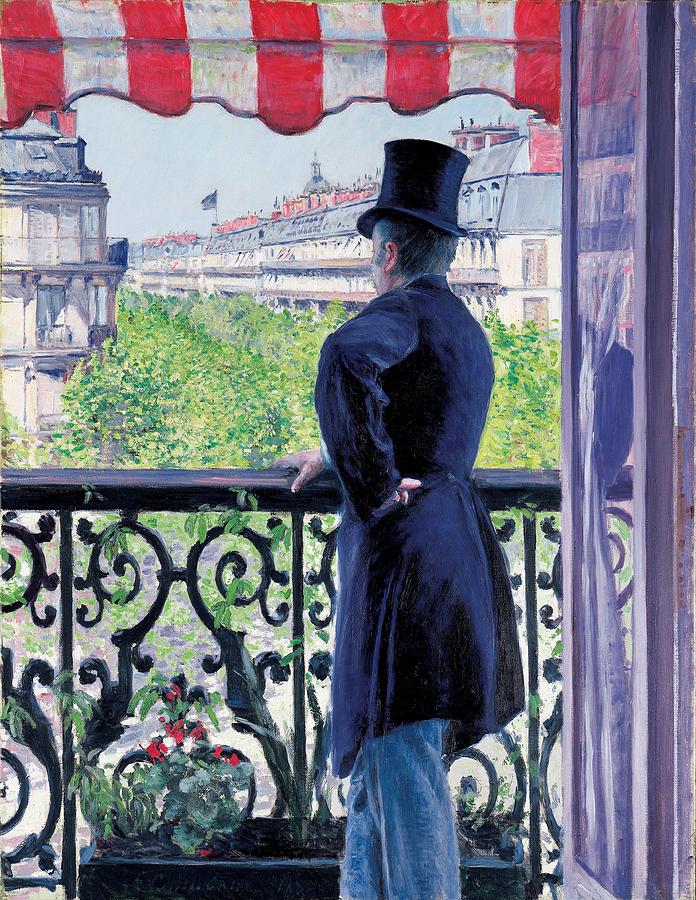 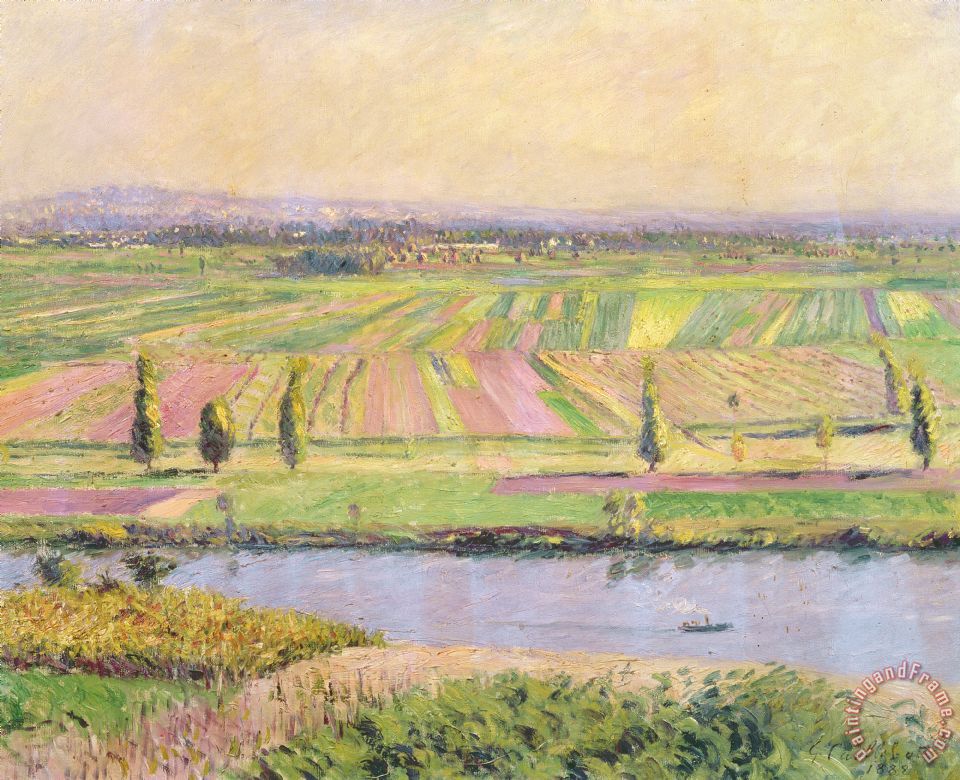 He died suddenly and unexpectedly while working in his garden at the age of 45. For much of his life he was a patron of his friends and their works, not needing to support himself financially, however after his death critics have found more reasons to praise his works. He had bequeathed many of his works and other Impressionist works he had collected over the years to the French government, however there was a controversial disagreement (Renoir served as executor of the estate) and many of the remaining works were later acquired by Mr. Alfred Barnes and reside today at the Barnes Foundation in Philadelphia.