“We’re in love. We just want to be together. What’s wrong with that?” 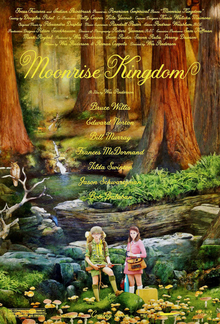 Moonrise Kingdom takes place on the fictional New England island of “New Penzance.” It tells the story of young love as two kids find their way to one another. The main character, Sam (newcomer Jared Gilman) is attending a boy scout camp at “Camp Ivanhoe,” but he runs away to meet his pen-pal girlfriend whom he met at a church event, Suzy (fellow newcomer Kara Hayward). Together they flee to a private beach following the ancient Chicksaw trail which they name “Moonrise Kingdom” but they are soon discovered by the scouts and Sam is very nearly taken into the custody of Child Services. Sam and Suzy escape in a dramatic scene during a hurricane to the rooftop of a church (the metaphor of a coming Biblical Flood runs throughout), and at the last moment the scout master decides to adopt Sam. In the end, both Sam and Suzy’s romance becomes normalized. It is story about the natural death of childhood –the washing away of an old life– and the birth of a new stage in life despite the distinctly modern absence of rituals and necessary familial ties. 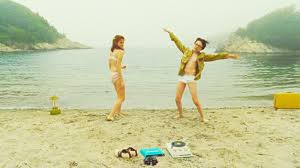 Anderson wrote the screenplay in collaboration with Roman Coppola, son of Francis Ford Coppola. It was shot primarily in the northeast of the United States, in Rhode Island and elsewhere. Several big names appear in the film a typical cast for Wes Anderson like Bill Murray, Bruce Willis, and Edward Norton.

The film is a delight, one of Wes Anderson’s best, perhaps second only to The Grand Budapest Hotel. However, the somewhat sexual nature of the relationship between two children in the film is a little inappropriate for me and a bit distasteful in my humble and dated opinion. Indeed, the kissing scene was actually child actor Jared Gilman’s first kiss in his life, a scene which was entirely unrehearsed. At any rate, the atmosphere and cinematography in Moonrise Kingdom are carefully, geometrically choreographed, as is standard-fare in the well-organized, highly stylized Wes Anderson canon, and it leaves with the audience with a sense that we are watching a glorious, homespun, nostalgia-ridden, mythical, storybook romance. 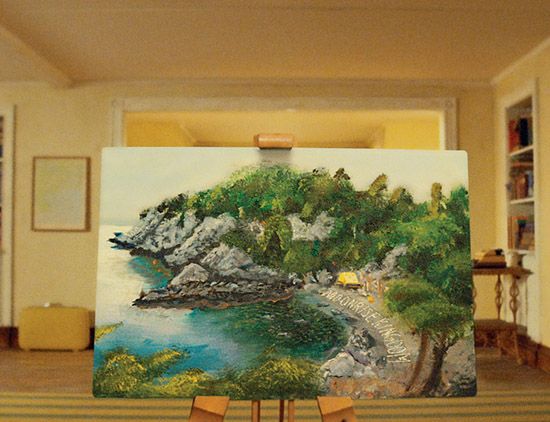