This twisted and delightfully awkward horror film is based on the 1987 Stephen King novel of the same name. 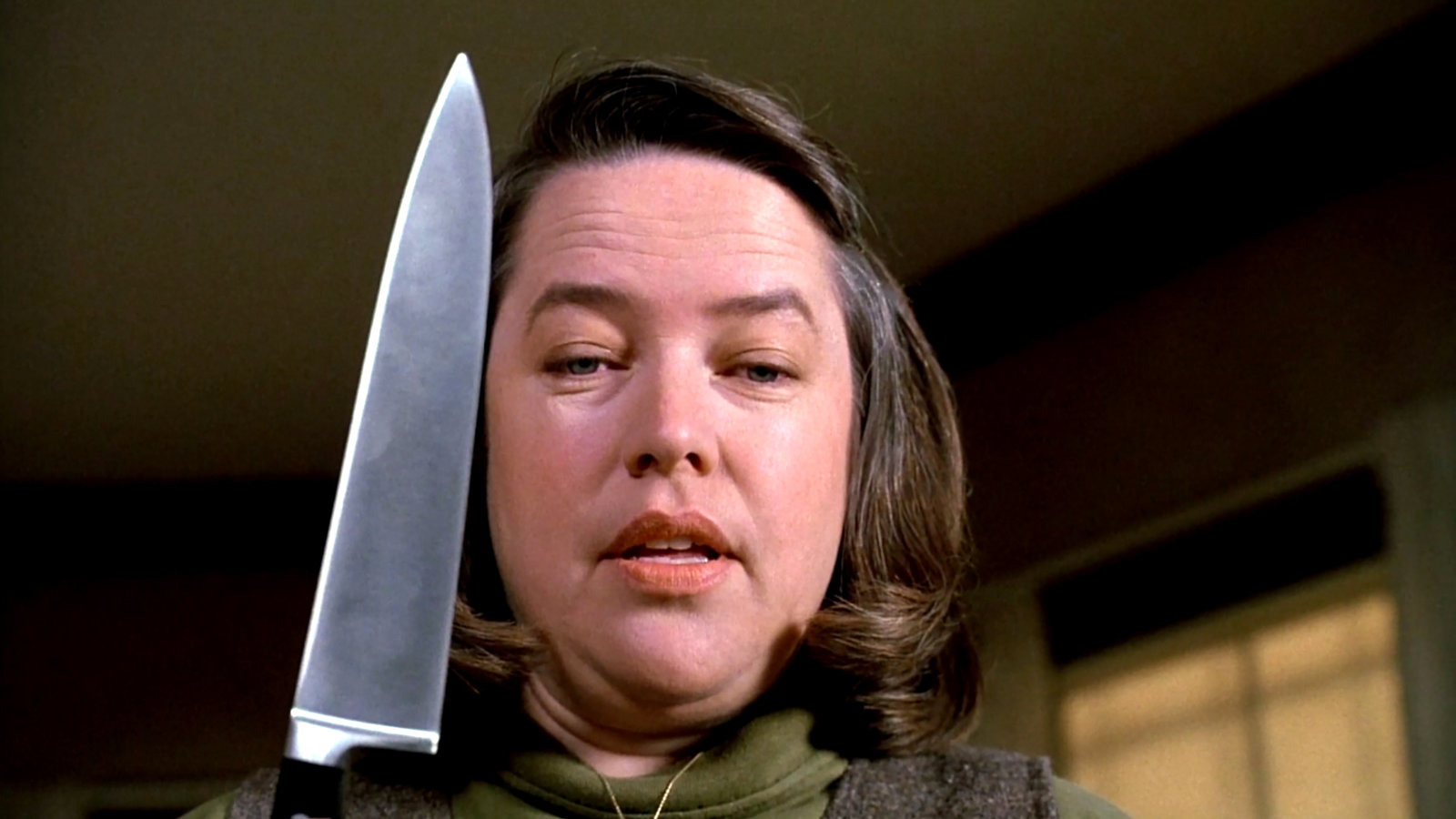 Misery tells the story of a successful novel series writer, Paul Sheldon (James Caan) who escapes to the remote Colorado countryside to write in the winter. He is hoping to finish out his popular “Misery” series. However, while driving out on the road during a blizzard, his car slides off the freeway and badly injures Mr. Sheldon. He awakens in someone’s home, an old-fashioned cabin that is owned by a mentally unstable and obsessive fan named Annie Wilkes (Kathy Bates). Sheldon is kept bed-ridden and as time goes by, Annie becomes less and less stable. She forces him to continue writing and re-writing his next story in the “Misery” series, and when he tries to escape (in one of the most brutal scenes in the film) she “hobbles” his feet, re-breaking his legs as punishment. She kills the local sheriff when suspicion grows, and Paul devises a plan in which he lights Annie on fire, smashes her head with his typewriter, and as they wrestle on the floor he grabs one of her figurines and bashes her face with it, killing her. In the closing scene, Paul returns to New York where he is noticed by a fan in a restaurant, but he cannot get the alarming image of Annie out of his mind.

Misery is a truly excellent horror film. It is unique in that almost the entirety of the film takes place within the confines of Annie’s remote house in Colorado, and Kathy Bates’s acting is incredible. The angle of the camera inspires utter terror in the viewer as Annie leers over Paul’s bed and clearly expresses to the audience both her deteriorating mental state as well as her fanatical, obsessive nature. We, the audience, are injured like Paul Sheldon and are powerless to Annie’s whims, yet we long desperately to escape her clutches as we witness her growing unpredictability.