There are two films that defined the career of Ingrid Bergman: Casablanca (1940) and Notorious (1946). In some ways, Notorious, is a natural introduction to Hitchcock’s later classic spy thriller, North By Northwest. 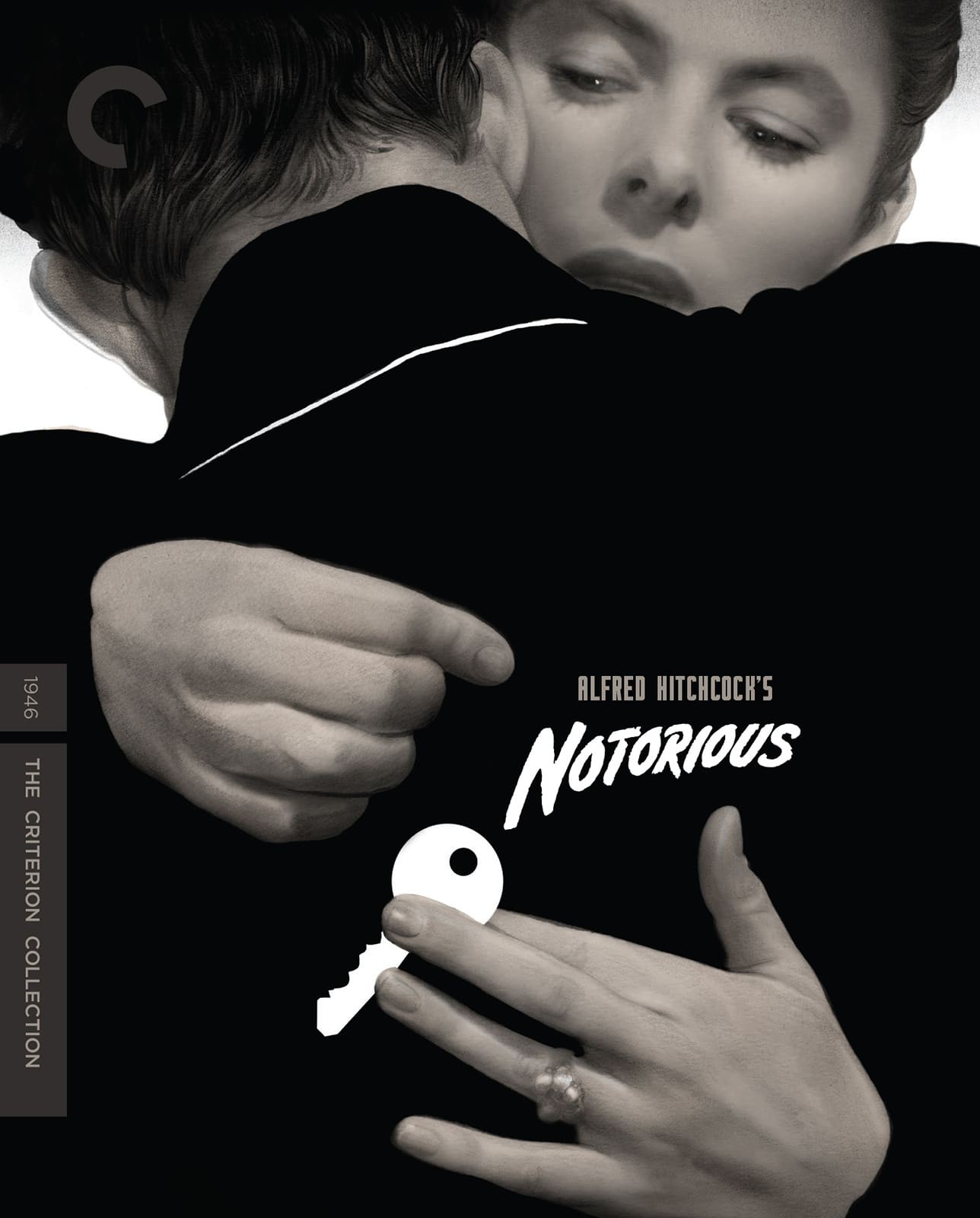 The film’s title refers to the “notorious” reputation of Alicia Huberman (Bergman) whose father is a convicted Nazi spy at the outset. She is notorious for her drinking and her promiscuity. After the trial of her father, she gets drunk at a house party and goes out driving with a man she later learns is Devlin (Cary Grant) who works for the US government. He gets her out of a drunk driving ticket, but he persuades her to fly to Rio, Brazil, where he hopes she will infiltrate the house of Sebastian (Claude Rains, also of Casablanca fame), an exiled former Nazi. Since the Nazis trust her due to her father’s recent trial, and apparently Sebastian once found her attractive, the implication is that Huberman should sleep her way into finding answers. Along the way, Devlin and Alicia fall in love, yet he must ask her to force her way into the hands of another man. She succeeds and marries Sebastian, however he soon catches onto her game when he discovers she has stolen the key to his wine cellar the night prior at a house party (he also catches Devlin and Alicia kissing at the party, but they explain that Devlin forced himself on her). He spots his missing key miraculously returned the following morning so he ventures down to his wine cellar to discover a bottle has been broken. He goes to his mother, an unforgiving woman, and they devise a plan to poison Alicia. She realizes the ploy eventually, but it is too late. Meanwhile, Devlin begins to doubt her when she stops showing up to their meetings. He goes to the house to discover she is ill and, they walk out of her room and down the front steps. Devlin makes a gamble that Sebastian will not say a word because the other Nazis have been known to kill people who have been harboring spies. Thus, they escape but Devlin leaves behind Sebastian when he drives off with Alicia as the other Nazis call for him to come back inside.

The final scene of the film is brilliant. Rather than an explosive confrontation, we learn the fate of the film’s villain. He is left behind by his escaping betrayers, and he is called back into his own house, knowing he will never come out alive. The true horror of the film is what happens in a subtle way, off screen.

The story for the film was based on a two part short story called “The Song of the Dragon” in featured in the Saturday Evening Post in 1921 and written by John Taintor Foote. Ben Hecht wrote the screenplay.

The movement of the camera in Notorious is incredible -scenes of drunkenness, moral ambiguity, wide sweeping shots of a dinner party that eventually pare down to a close-up shot of Alicia’s hand holding a key to the wine cellar. Another notable scene is when Alicia and Devlin engage in an extended scene of erotic kissing. This is notable as the censorship rules at the time allowed for only three second kisses in film, so the characters only kiss briefly but lay in each others arms for a long period -it was once called the ‘longest kiss in film’ though that is certainly not the truth. Notorious is a brilliant film, beautifully executed and compelling in its plot and cinematography.