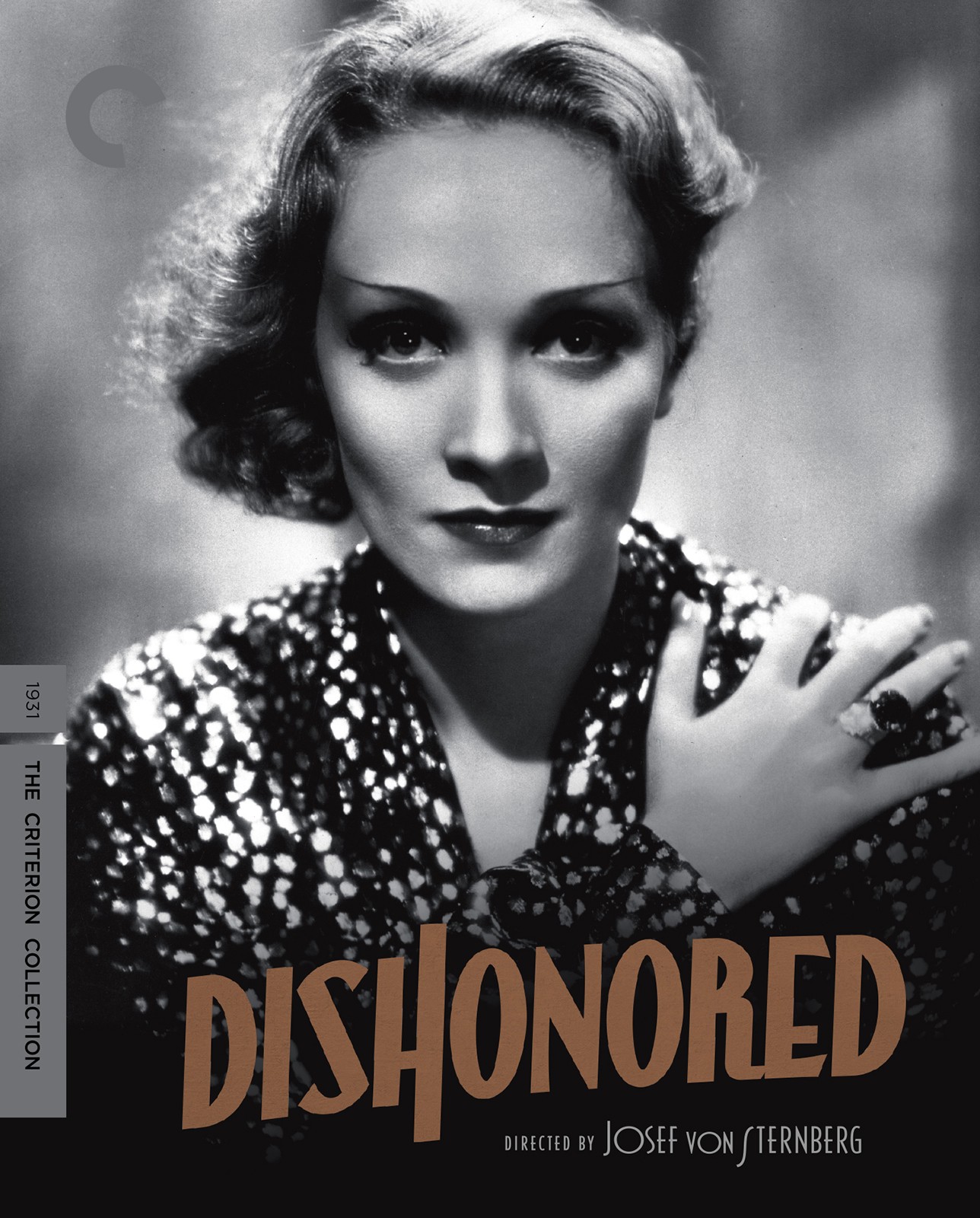 Dishonored is another beautifully captured, brilliantly told story of espionage during wartime. Marlene Dietrich delivers yet another wonderful performance in the film. The film is dark and tragic, which is what makes it so captivating. In this way, in Von Sternberg’s films, aesthetics triumphs over morality: beauty conquers goodness.

The story takes place in the midst of war-torn Europe during the First World War in Vienna, Austria. A prostitute (Frau Marie Kolverer) is approached by the Chief of Austria’s Secret Service (disguised as a foreign agent) to test her to see if she remains true to Austria. She reports him to a policeman. Pleased with her patriotism, he invites her to serve as a secret agent, though she declines any payment. She becomes agent X-27. She uncovers a double agent, by seducing him, who has been smuggling information through cigarettes. Once outed, he promptly commends her and commits suicide. Next, she is sent behind enemy lines in Russia where she narrowly misses capturing Captain Kranau. She assumes the role of a peasant girl and seduces another officer so she can discover secret military operations plans. She transliterates the plans into a musical score for the piano. Suddenly, Capitan Kranau discovers her whereabouts and burns her piano score. He informs her that she is to be killed, but they also admit they are in love because it is “exciting.” After they spend the night together Kolverer drugs Kranau and flees. She has committed the secret musical score to memory and brings it to the Austrians who then launch a crushing offensive on Russia. They capture many Russian soldiers, including Captain Kranau. Kolverer interrogates Kranau privately, and she cleverly allows him to escape out the window by “accidentally” dropping her gun. Once the Austrians discover her betrayal, she is imprisoned and sentenced to death. She requests to wear her seductive prostitute’s garb and she also requests a piano so she may play in her cell. Then she is led out into the courtyard and she refuses a blindfold. One young man attempts to stop her death because it is not “war” and not “patriotic” to Austria, but he is taken away and Kolverer is promptly shot to death by firing squad.

In the end, Kolverer chooses her heart over her nation. Her patriotic allegiances lie elsewhere as we see a jaded morality arise in the war-time generation of leaders. The title of the film is Dishonored. We are left to ask: Who is dishonored? Is it Kolverer because she dons the clothes of a prostitute at death? Is it because she betrays her country and chooses to die as a forgettable person? Or is Austria dishonored? Is the political establishment across national boundaries dishonored?

The film has obvious connections to the story of Mata Hari, the infamous Dutch spy and seductress who was from a neutral country (and thus was able to travel freely across borders) and she developed a passionate affair with a French officer while serving as a German spy before she was outed by the Germans to the French and she was put to death by firing squad in 1917. The films follows on the heels of Morocco and The Blue Angel, both highly popular and released the prior year. It contains allusions to German Expressionist and moody a-moral themes of evil masquerading as goodness, and visa versa, as morality is questionable among the main characters. There is no clearly defined hero, save, perhaps, for Kolverer’s self-sacrifice for love. It has been said that in The Blue Angel Dietrich lives for love, in Morocco she sacrifice for love, and in Dishonored she dies for love.