While Plato, Aristotle, Thucydides, Pericles, Xenophon and other classical Greek writers were exploring the nature and limits of mankind in ancient Athens, halfway across the world in 4th century BC China, Mencius was busy interpreting the works of Confucius (“Master Kong” or “Kong Zi”). “Mengzi” is a latinized version of ‘Master Meng’ that was coined by Jesuit missionaries, likely in the 17th century.

Like the Analects of Confucius, the writings and sayings of Mengzi were likely compiled by his followers and abbreviated over a couple hundred years after his death. The text is divided into seven books. 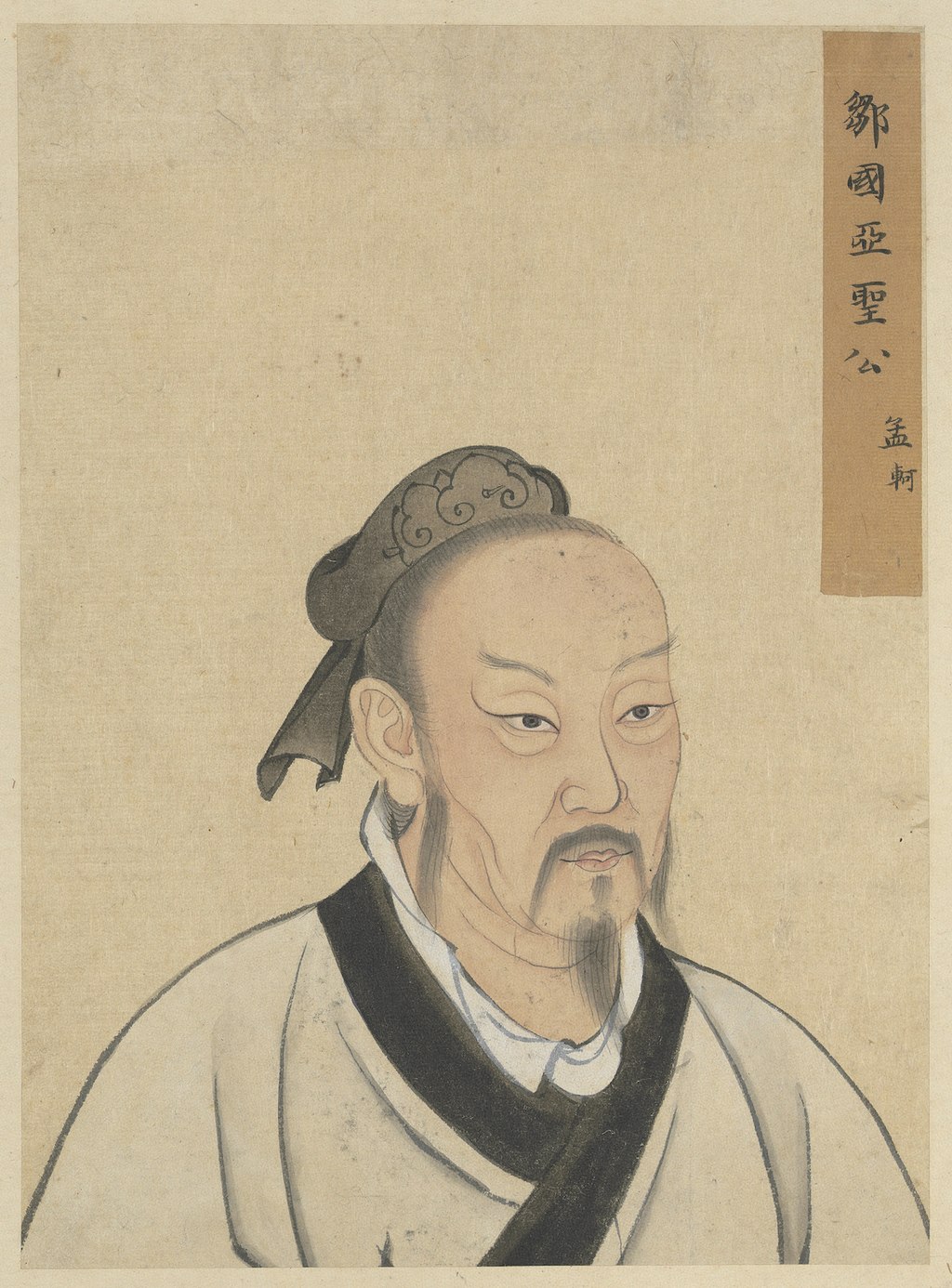 Mengzi lived through the Zhou Dynasty of ancient China. The Zhou Dynasty was the longest lasting Chinese family, from approximately 1046 BC-256 BC. The family justified their rule based on the “mandate of heaven” -or divine rule. And this divine rule favors those with “virtue.” The ancient Chinese empire needed to draw its authority beyond simply its own authority. Thus, ancient China can be an interesting playground for classical political philosophy to test its teaching. Lao Tzu, Confucius, and Mengzi all lived during the Zhou period. The Zhou followed the Shang period (1600 BC – 1046 BC) and it ended with the capture of the city of Chengzou by the Qin in 256 BC. Mengzi lived during the so-called “Warring States Period,” a name derived for the wars between clans as documented in the Record of Warring States that was compiled and documented during the later Han dynasty. According to legend, Mencius was a student of Confucius’s grandchild. He was a political man, who began as an idealist trying to change his world for the better, but later in life retired from political life, disappointed in his inability to enact change. During his career, his mother was apparently and important figure in his life, and still today, Mencius’s mother plays a sacred role in Chinese culture.

Mengzi was the great interpreter and teacher of Confucianism, with a focus on: traditionalism, the rule of Virtue rather than by tyranny, ritual, the household or family, and the importance of ethics. He great work reads almost like travel literature, during his time as a diplomat throughout the “Warring States,” but it also contains different types of narratives, dialogues, and arguments throughout. There are certain tenets of Mencius’s teaching that appear to be consistent with Western philosophical romanticism, such as Rousseau. Mengzi, apparently taught that humans are naturally “good” but that people need to be habituated to strive toward this good. Society or civilization is the corrupting force (a direct parallel to Rousseau Second Discourse on Inequality). This argument is famously found in Chapter 6A. Thus Mencius sought a benevolent state that supports the wishes of its constituents. As an example for his claim about human nature, Mencius points to a child falling down a well. His position in the text stands in contrast to Yang Shu who argues that people are motivated primarily by self-interest (a la Thomas Hobbes). Any person will look with great concern and care to help that child. Aristotle, on the other hand, does not accept the idea that society/civilization is a corrupting force on the human spirit. He does not accept any distinction between natural man and civilized man. For Aristotle, man simply is a political animal, or put another way, a human being is meant for a city. At any rate, while Confucius advocated for a strong central state, Mencius pushed for a more compassionate political community.

For Mencius there are also four “sprouts” or perhaps “senses” that every human is capable of feeling: compassion, shame, respect, and the ability to approve or disapprove. And each of these four sprouts also has a corresponding virtue: humaneness (compassion), Propriety (respect), Rightness (shame), Wisdom (ability approve or disapprove).

Thanks to the writings of Mengzi, Confucianism became the culmination of various disparate schools of thought like Daoism, the cosmological dualism of yin and yang, virtue ethics, and questions of right rule or “right way.” Confucianism became the state-sponsored religion of ancient China during the Han dynasty (202 BC – 200 AD), and it continued to be a powerful force in China thereafter, however the Eastern mysticism and existentialism of Buddhism became a more dominant force in China.