F.W. Murnau is sometimes called the ‘first great poet of cinema’ with good reason. City Girl is an excellent, silent film. The use of the camera on top of the large sweeping shots of wheat fields are magical and some of Murnau’s best. It categorically rejects utopianism for either the urban or rural mythology, portraying the deep challenges of both ways of life.

City Girl hearkens back to the heyday of early silent cinema, though it was released during a time period in which sound was possible. In fact, there were two versions of the film initially released: one with some sound, and the other entirely silent. I watched the entirely silent version (as Murnau intended prior to studio revisions with the addition of sound sequences). City Girl was Murnau’s penultimate film before Tabu in 1931 was released upon his untimely death. The story for City Girl was based on a play called “Mud Turtle” by Eliot Lester. The working title for the film was “Our Daily Bread.”

It takes place during the Great Depression. A young man and his family are rural wheat farmers in the American Midwest. He is sent to Chicago to sell wheat just as the price begins falling. Meanwhile, a young girl works as a waitress in the city but she grows tired of the bustle of life in the city. She dreams of a life in the country. In Chicago, the two meet and fall in love. She agrees to return with him to his family’s farm, and she agrees to be his wife. However when they arrive at the farm, she is quickly shunned by his family. Also, a group of lusty farmhands arrive on the farm, which complicates matters for her. In particular, one of the farmhands aggressively pursues her. All is made right in the end when her husband finally steps in against the farmhands, against her father, and he rejuvenates their love. 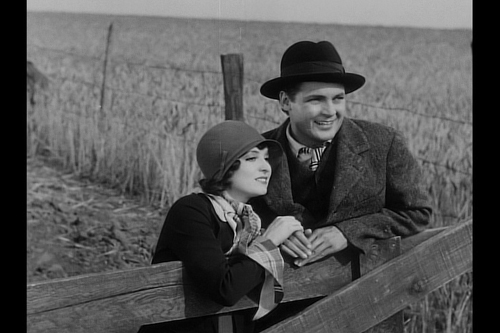 City Girl is the last and notably most American-themed film of F.W. Murnau’s three films made in Hollywood before his tragic and untimely death.