It is difficult for us to imagine the early years of Christianity. The young faith was cobbled together based on the self-professed eye-witness testimonies found in the gospels, and later theologians were left to address the boundaries of truth and untruth in Christian doctrine -delineating holiness and heresy in the new faith. Theologians had to address questions like: Should we maintain the authority of the Hebrew Bible? What, then, is heresy? How shall we persuade the Pagans/Hellenes of the new way? There was no doctrinal consensus for the first several hundred years of Christianity, despite the rapid growth of the faith. Many varying writings and teachings circulated widely, but gradually the power and allure of a ‘Catholic’ or ‘total’ and ‘universal’ Church arose. This all-encompassing religious doctrine required a systematic way of thinking. 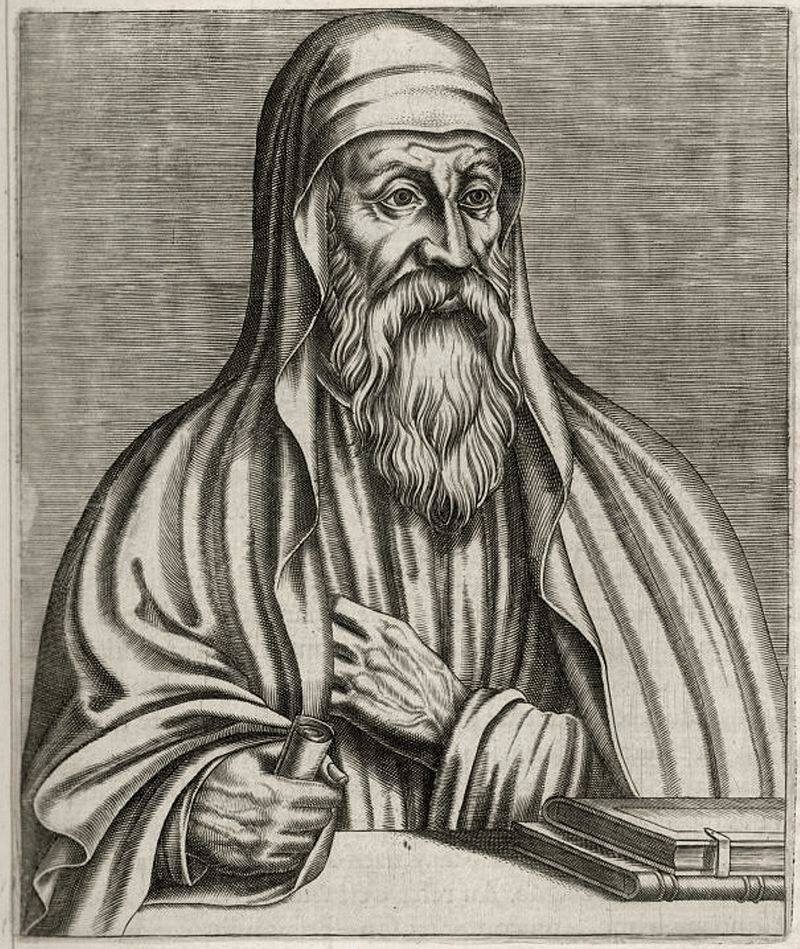 Perhaps the first great systematic thinker of Christianity (at least among the anti-Nicene theologians) was Origen of Alexandria. He may have been born around 185 AD and died around 254 AD. He lived during a time of great persecution of Christians. Much of what we know about Origen comes down to us through the historical writings of Eusebius, the Church historiographer. He writes that Origen’s father was a martyr and Origen also sought martyrdom at a young age, but was prevented by his mother. He pursued an intellectual life, becoming the headmaster of Christian Catechetical School at Alexandria at the age of seventeen. He amassed a huge library of philosophical and theological works, though he eventually sold his “Pagan” Greek works so he could solely study Christian and Biblical theology. Eusebius perpetuated a rumor (that may have originated during Origen’s lifetime) that Origen misread a translation of Matthew praising eunuchs, so he promptly had himself castrated. Origen spent the bulk of his years as a famous teacher in Caesarea in Northern Israel. In 250, Roman Emperor Decius blamed a recent plague on the Christians. Origen was one of those rounded up and imprisoned. He was tortured for two years with clear instructions that he was to renounce his faith, which he never did. He was released but died as a result of his suffering shortly thereafter.

Origen is said to have written thousand of treatises in his lifetime, thanks to the financial support of his friend Ambrose. The most famous of Origen’s works is a systematic treatise called On First Principles. While only Greek fragments of his original text, Origen stuent, Rufinus, translated the text into Latin, however Jerome later criticized Rufinus’s translation for softening certain controversial passages, so Jerome made his only Latin translation of the text. We have no way of knowing what may be true to Origen’s original intent.

The text opens with a preface expounding and interpreting the teachings of the apostles. He affirms monotheism: that there is one God. He had one son born before all things who came to earth as Jesus, died, and rose from the dead to commune with his disciples before ascending into heaven. Also, there exists the Holy Spirit. And fifth the soul also exists. It will either be rewarded after death, or punished in hellfire. Also, Origen claims there is a Devil and angels, and that the Devil was once an angel who fell and brought several angels low with him. Seventh: the world exists in time, and was created at a certain time, but it will be destroyed at a certain time because of its wickedness. The world is unavoidably evil at its root. Lastly, the scriptures were written by the Spirit of God as images of divine things.

Book I of Origen’s text, chapter 1 is entitled “On God.” In this chapter, he first identifies God as incorporeal (despite Hebrew scriptures identifying God as a floating “fire” or “cloud” over the Israelites). Origen attempts to reason that God is not a body. He is also incomprehensible and incapable of being measured. He surpasses all human perception. In the second chapter (“On Christ”) Origen expounds on the distinction between Christ as divinity or “Son of God,” and Jesus as human. In chapter 3 (“On the Holy Spirit”) Origen describes the Holy Spirit in allusions to David and Daniel, as well as its descriptions in the New Testament. He delineates these three entities: Father, Son, and Holy Spirit. In chapter 4, Origen discusses the need for study and commune with the divine, because it is a tool and mastery that can disappear with “ignorance.” In the following chapter, Origen discusses “rational natures” and how reason does not necessarily make one happy or holy, but which may be employed to discover certain truths of God’s hidden mysteries. He closes the first Book of the text wiith an exposition of the end of the world, a discussion of incorporeal beings, and detailing the angels in heaven: Michael, Gabriel, Raphael and so on.

Book II, chapter 1 is called “On The World.” According to Origen, the world, its beginning and end, is composed of a a wide diversity of creatures and things: rational and divine, as well as “dumb” animals and intangible things. However, the world has a Parmenidean one-ness to it all. The world is a whole, composed of many diverse parts, like a human body. He continues by discussing the origins of the world (a word in Latin as mundus, derived from the Greek κόσμος meaning the “world” or event the “ornament” of the cosmos). Origen notes these linguistic distinctions in his text. He then concludes by discussing the end of the world (in total three varying opinions on the Christian “end times”). Chapter 4 of this book is notable because Origen (contra Marcion and Valentinus) discusses the harmony between the God of the Law (that is, the God of Moses and the Hebrew scriptures) and the God of the New Testament. Origen then dismisses more claims of the Gnostics and delves into a curious summary of Aristotelian physics regarding the nature of rational animals and the movement of creatures. Origen continues with various arguments about hellfire and on promises (credits and debts).

Despite being one of the strongest minds in Christian antiquity, it is difficult for me to take Origen seriously. He claims to rationally approach, and in some cases even prove the claims of the New Testament, while citing the scriptures as his only authority. His reasoning seems flawed at nearly every turn, though the ever-present but silent touch of Plato and Aristotle is ubiquitous throughout the text.

At any rate, most modern editions of Book III seem to contain a brief apologia from Origen’s student, Rufinus. He defends his translation against demonic and indignant forces. Book III of the text offers a unique defense of the “freedom of the will.” Origen suggests it must be in man’s power to either choose a life worthy of praise of a life of censure. Every rational animal has within itself the capacity for motion. Every person is capable of moving in a direction of their choosing. Origen also reverts to citing the sacred scriptures for authority (as the theologians are wont to do). Origen cites the story of Jacob and Esau as proof for the freedom of the will.

Book IV is an extended diatribe against heresies, like the machinations of Gnosticism. He clarifies the meaning of scripture and its intended use (i.e. avoiding erroneous points by not straying too far from the interpretation of the authorial intent which is divinely inspired). Book IV concludes On First Principles.

Origen’s On First Principles is his attempt to be theology’s version of Aristotle by defining the limits of a metaphysical doctrine and using classical Reason, backed by the authority of sacred scriptures, to imagine the world according to divine inspiration.