Bride of Frankenstein is one of the rare films, in which the sequel is widely reputed to rival the original. In it, the monster is far more humanized; a tragic semblance of the state of modern science, though the film is more comedy than horror. It was a widely acclaimed film in its day and was a financial success. 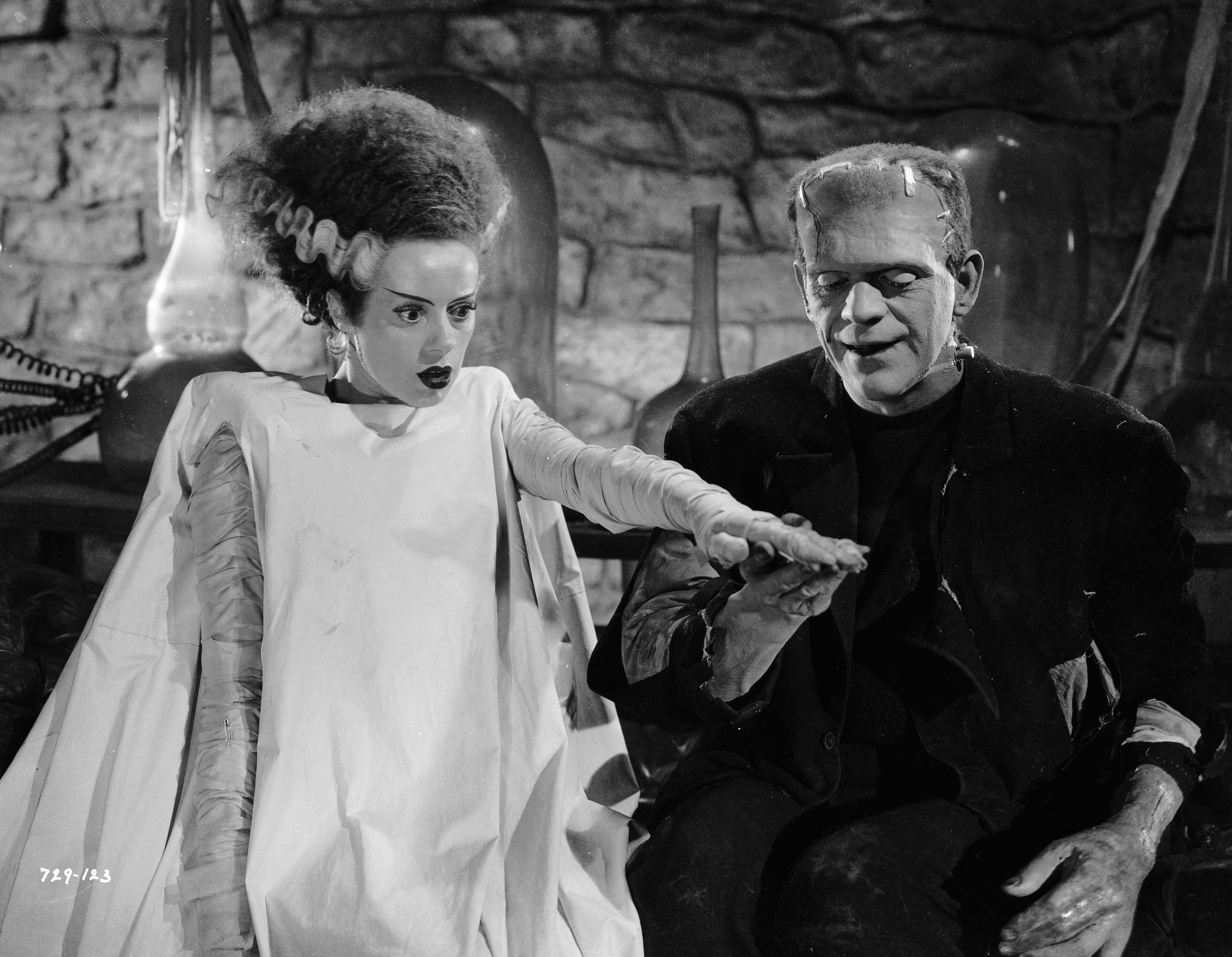 The story is framed by an opening conversation between famous English writers, Percy Bysshe Shelley, Lord Byron, and Mary Shelley. They praise Mary for her marvelous book, ‘Frankenstein’, but she tells them that there is more of the story to tell. The film picks up right where the original left off -the town has gathered around the burning mill in celebration of the death of the monster (played again by Boris Karloff), however some decide to return to the house to let the Frankensteins know of the death of Henry, as well. One man, the father of the daughter who was accidentally drowned in the first film, visits the house as he wants proof of the bones of the monster. He accidentally falls into a pit among the wreckage of the mill and is strangled to death by the monster who has survived and escaped. Meanwhile, the Frankensteins realize that Henry has survived and claims he has discovered the secret to immortality. Dr. Pretorius, a former teacher and mentor of Henry Frankenstein, arrives unexpectedly. He has been conducting odd miniature experiments of human beings (with notable special effects of human beings trapped in little jars), and proposes that they create a mate for the monster. He toasts to “a new world of gods and monsters!” Henry hesitantly accepts in avoidance of being accused of the murders committed by his creation. In the meantime the monster is captured, but he escapes into the woods. He encounters a blind hermit who teaches him words like “good” and “friend” and amuses him with music. A mob arrives and the monster flees again, accidentally burning down the cottage. The monster stumbles onto Dr. Pretorius in a graveyard, digging up remains for the bride, and discovers that Pretorius plans to create a mate for him. Pretorius and the monster go to Henry to plead with him to create a mate for the monster, but when he refuses the monster takes Elizabeth (Henry’s new wife) as ransom. In response, Henry returns to his laboratory and creates the bride of Frankenstein (Elsa Lanchester, who also played the role of Mary Shelley at the outset). In homage to the original, Henry cries: “She’s alive! Alive!” However, she rejects the monster and he realizes they were not meant for this world. Henry and Elizabeth flee, while the monster brings the laboratory into destruction. It was a hasty, last minute decision to allow Henry and Elizabeth to escape the destruction of the laboratory, and in some of the footage the audience can see Henry crushed by collapsing walls.

Bride of Frankenstein is an excellent film – an odd, surrealist, odyssey that pokes as much fun at the horror genre as it does masterfully shock the audience with dark and disturbing scenes. With a running time of barely more than an hour, it is a short film, but certainly a great one.