Jean Vigo made this short and avant-garde, documentary-styled film (in English the title is “Concerning Nice”) when he was 25 years old. It was his debut film – a silent montage exposing French culture in the Mediterranean tourist city of Nice. He made the film with Dzigo Vertov’s brother, Boris Kaufman, and the influence of Soviet montage is apparent throughout the movie.

Although it is a short film, running just over 20 minutes, it was heavily censored before release and contains no central plot. His goal was to expose the dark underside of prosperity in the city of Nice. Several scenes are memorable in the film, including the famous scene in which a woman is shown wearing various expensive outfits, and finally, after many being shown in mamy different outfits, she is shown sitting simply naked for spectators. Throughout the film, fast paced cuts are made between ancient statues and commercialism, or scenes of girls dancing and flowers being trampled. The critique of commercialism is apparent. He portrays the malaise of the upper class, and the struggles of the working class. Boredom at casinos and high art, are contrasted with scenes of factories and the working poor. 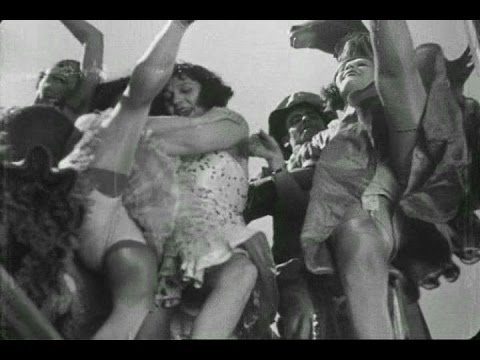 The money to create the film was freely given by Vigo’s father-in-law. Vigo used the money to buy a new camera.

Who was Jean Vigo? Vigo was a posthumously influential French filmmaker. He was born to a French anarchist family and spent much of his early childhood on the run. His father was captured and murdered in prison in 1917. Vigo was then sent away to boarding school under an assumed name. He is primarily known for two films: Zero for Conduct (1933) and L’Atalante (1934). Tragically, he died in 1934 of Tuberculosis at age 29, a disease he had caught eight years earlier. He lived a poor and struggling life, never achieving financial success during his lifetime.

Vigo’s debut film is an odd, montage with scattered, avant-garde clips intended to be a critique of bourgeois culture in France. It is a challenging film, though it is not enjoyable or interesting to this reviewer’s pallet.