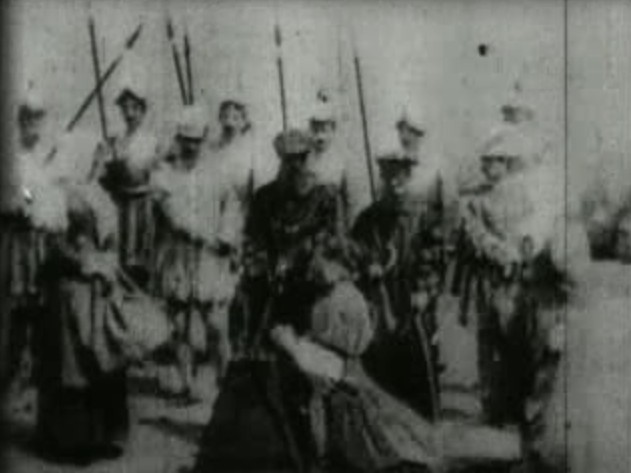 Sometimes called “The Execution of Mary Stuart” (1895), this film is often cited as the earliest surviving example of cinematic special effects, or the ‘stop trick.’ The film lasts about 18 seconds and was produced by Thomas Edison. A male Shakespearean actor wound up playing the role of Mary Queen of Scots as she is led to the chopping block, but then the camera is cut before the body is replaced with a mannequin as a dummy head is chopped off. This early example of cinematic trickery shows us the importance of the editing process on the cutting room floor, as well as cinema’s fascinating with the story of Mary Queen of Scots which has continued into the present day.

Since the film is less than one minute in length and it is important merely for its place in the early history of cinema, I decided not to formally evaluate it. The quality of the surviving film is poor at best.