Armand Guillaumin (1841-1927) (pronounced: “ar-mone Gee-yoman”) was born in Paris. He worked in his uncle’s lingerie shop, and he also worked for the French government for a spell. While studying, he met Camille Pissarro and Paul Cézanne, though he never met their popularity nor critical reception.

Guillaumin won the lottery which allowed him to quit his French government job in 1891. He was a friend of van Gogh, and Theo van Gogh, uncle of Vincent, even sold some of his artwork. Here are a few of his pieces, though Guillaumin is a lesser known name among the Impressionists: 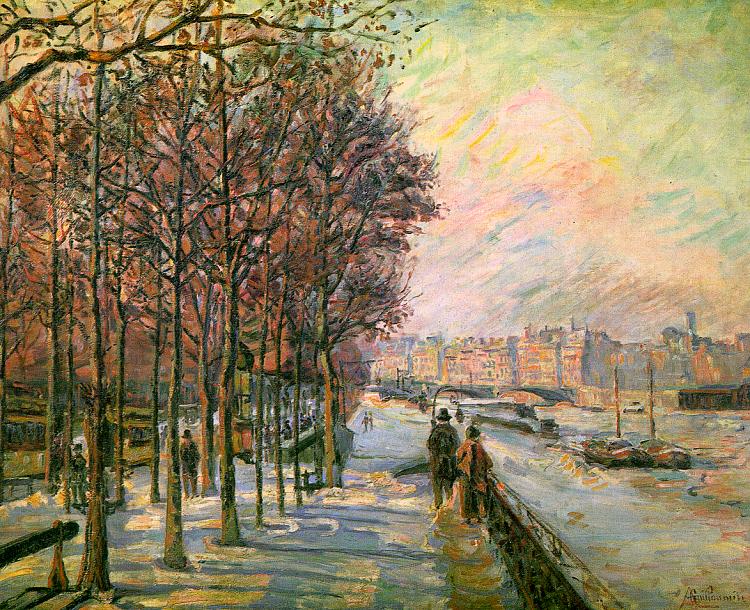