In some editions of the film, Renoir appears at the outset to deliver an explanation for the movie, which is intended to mirror true people and events he encountered during the First World War. Renoir fought in World War I, before coming to Hollywood to make movies. 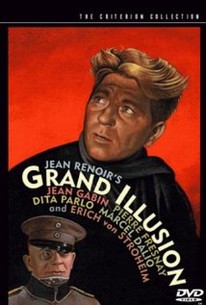 It tells the story of two French pilots who are captured as German war prisoners. In the first part of the film, we encounter a colorful group of German and French soldiers in the prison camp, and the theme of civility during times of war is explored as the head of the German camp (brilliantly played by the famous director, Erich von Stroheim donning a monacle) is bent on courteously treating his senior ranking French officials. Both sides lament the coming decline of the European aristocracy with the war. This notion of mutual respect from both sides of the war can be traced to Achilles and Hector in Homer’s Iliad. Some might say that old tradition died in the trenches of World War I. Meanwhile the imprisoned French soldiers devise various plots to escape or annoy the German soldiers, such as with obnoxious bouts of noise and singing. The French soldiers watch eagerly as the French forces attempt to reclaim German occupied territory in the war. The two French officers are eventually moved to a secluded mountain fortress turned prison camp, and with a leading distraction, they escape from the castle on foot across the German countryside. These are some of the most extraordinary scenes in the film. Eventually they come upon a farm girl and stay in her barn. Her German husband died in the war. The true class connections exist among the working people in the film. While von Stroheim’s character must shoot the escaping prisoners out of duty, the rural farm girl has no obligation except to the good -hiding the fugitives in her house from the German army. One of the French soldiers falls in love with her, but they know they must leave. Again, they flee on foot eventually coming upon the border with Switzerland. As they trudge through the snow they are shot at by a German soldier, who is stopped by his superior officer who announces that the men are in Switzerland. The film closes as they trudge through the snow to Switzerland.

Von Stroheim (who liked to portray himself as a German Count in Hollywood, though he most certainly never was a Count) had trouble reading his German lines in this classic French film. He had to practice his German as he was not at all fluent. In many ways, Erich von Stroheim is the star of the film, delivering an unforgettable performance, lamenting the death of a French officer, as well as the old ways of Europe that are collapsing all around him. 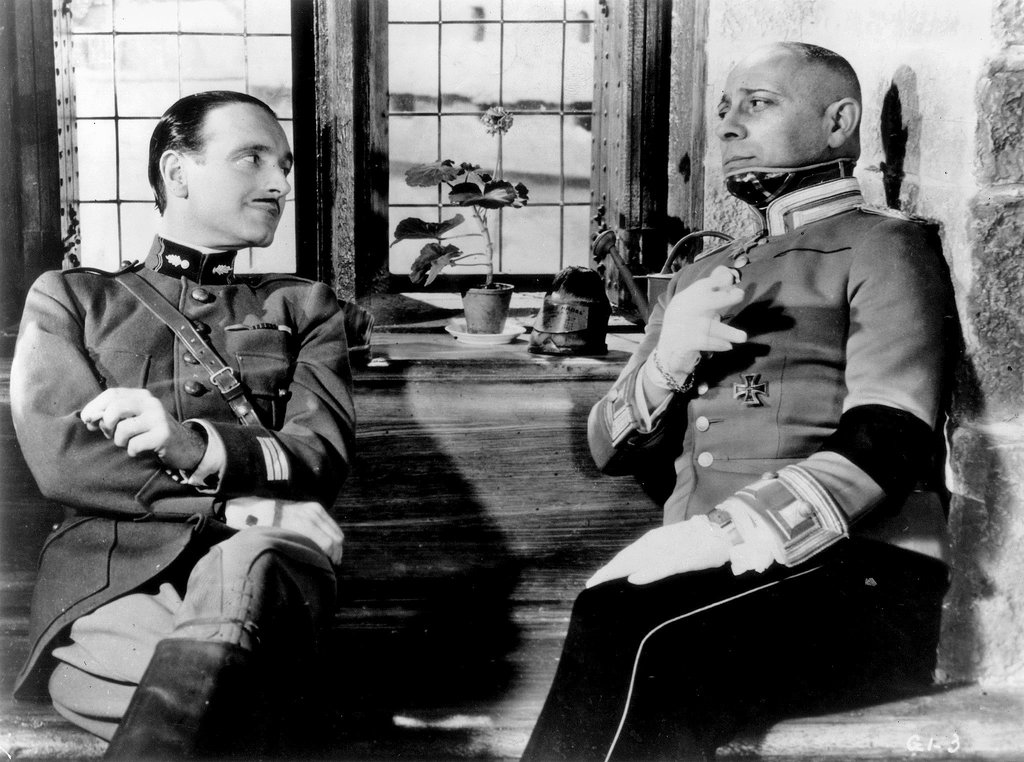 The “grand illusion” which is exposed in the film is the maintenance of old aristocratic values during times of war. It is the false belief that the gentleman class is not affected by war. The history of the film, itself, is storied. Upon the advent of World War II, it was considered “dangerous.” It was listed as propaganda by the Nazis and seized once they occupied France just a few short years later. It was also captured by the Russians. Luckily, a hidden negative of the film was discovered many years later. Renoir would have been delighted by this discovery, had he lived long enough to witness it. It is surely one of the greatest movies ever made.