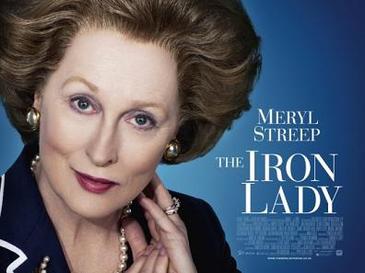 The Iron Lady is the story of Margaret Thatcher, the great prime minister of England during the 1980s. Meryl Streep plays the lead, for which she unsurprisingly won the Academy Award for Best Actress. The story is told through a series of flashbacks, as she works in her family’s grocery store, resents her mother as a housewife, struggles to break into the Conservative Party, and the story of her marriage to businessman Denis Thatcher. The latter half of the film tells the story of the aging prime minister as she rants to her family, as if they are her cabinet, and talks to the ghost of her dead husband, Denis. Her descent into dementia is an unnecessary and insensitive portrayal, and appropriately the film received less than favorable reviews.

The film is far too long, it paints a somewhat inaccurate and unflattering portrait of the prime minister, and her policies are displayed as catalysts for future problems. The gender issue in the film is greatly exaggerated, as there were many other female MPs in Parliament at the time, though none appear in the film. It is watchable solely for Streep’s performance, which is excellent. The family of Thatcher has refused to watch the film for its inaccuracies. In summary, the film is wholly forgettable aside from Streep’s performance.