He Who Gets Slapped (1924) Director: Victor Sjöström

He Who Gets Slapped was originally based on a Russian story Leonid Andreyev of roughly the same name. It was published in 1914 and it was also made into a Russian film in 1916. The 1924 version was the first film produced (though not released) by the newly formed MGM (Metro-Goldwyn-Mayer). It was the first film to feature MGM’s famous Leo the Lion at the outset! The film was directed by Victor Sjöström, his most notable film along with The Phantom Carriage (Swedish in 1921) and also The Wind (1928), until acting in Ingmar Bergman’s brilliant Wild Strawberries in 1957.

It stars the famous Lon Chaney (the “man of a thousand faces” of The Hunchback of Notre Dame in 1923 and The Phantom of the Opera in 1925 repute). It tells the story of an academic, sponsored by a noted baron, who has made a remarkable discovery on the origins of mankind. However, when he goes to present his findings to academia, he is betrayed. His patron, the baron, takes credit for his findings and his wife leaves him for the baron. He is mocked and slapped by the baron. Humiliated he leaves and five years pass. He lives and works as a clown under the “He Who Gets Slapped” performance routine, making crowds of people laugh at him. He professes his love to a young woman in the clown-show routine, but she playfully slaps him. Meanwhile, the baron also falls in love with her. In a stand-off with the baron, he is wounded but he cleverly releases a lion from the show who attacks and kills the baron and a count. He laughs at the baron, reminding him that it is he who gets the last laugh. He goes on stage for one final, dramatic performance, before collapsing, dying in his lover’s arms.

The film plays out like a Greek tragedy. The main character, Paul, misses the mark and is betrayed. He exacts his vengeance, only to die in a fit of mania, amidst an uproar of laughter and applause from the crowd. Perhaps it can be viewed as a dark comedy -laughter amidst heavy themes of utter humiliation, the depths to which one man can sink, the absurd gratification found in vengeance. 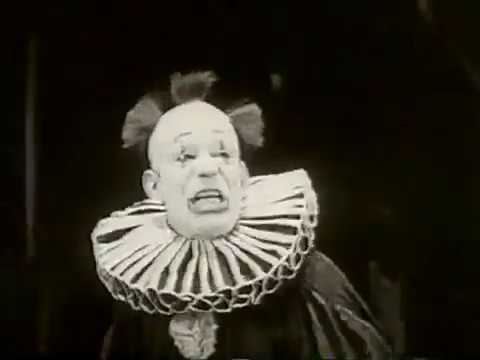