Charles Laughton plays the great Flemish painter in this British fictionalized biopic. Korda and Laughton had previously worked together on The Private Life of Henry VIII in 1933. 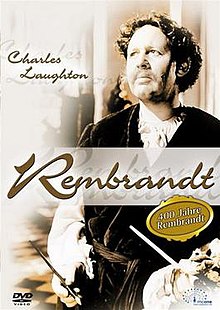 The film is a kind of tragedy. It begins with Rembrandt vin Rijn at the height of his success and power. He is respected and honored everywhere he goes. As the film progresses, Rembrandt descends into obscurity, loneliness, and despair. At the close of the film he goes out for a drink with a group of youngsters who mistake him for a random elderly man.

Ultimately, the film leaves much to be desired. The plot wavers and has little at stake. The sets and the brilliant acting of Charles Laughton are the saving grace of the film.