Louis Bromfield was a fascinating man. He was an Ohioan by birth who lived as an expatriate in France for many years, rubbing shoulders with the likes of Edith Wharton and Gertrude Stein, before returning to the United States around 1939 to escape the outbreak of World War II. He studied agriculture at Columbia University before embarking on a literary career. With the financial success of his many books, particularly the Pulitzer-Prize winning Early Autumn in 1926, Bromfield purchased nearly 600 acres in North-Central Ohio called “Malabar Farm.” On this land, Bromfield employed many of his organic agricultural interests and techniques, many of which have become en vogue today, such as the avoidance of pesticides. He was an agricultural innovator and conservationist, as well as an early proponent of the idea of “organic” food. Many of his high-profile friends came to visit his farm Ohio. In fact, Humphrey Bogart and Lauren Bacall had their wedding at Malabar Farm in 1945. Bromfield married the daughter of a New York socialite in 1921 and they had three daughters together. Bromfield lived on his Ohio farm until his death in 1956. 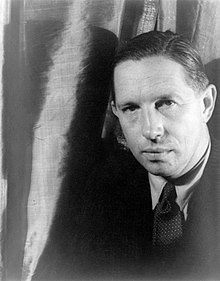 Today, Early Autumn is Bromfield’s best known novel (mainly because it won the Pulitzer Prize). All the rest of his best-selling novels have largely been forgotten. In some editions, the subtitle for the first edition of Early Autumn appropriately reads: “A Story of A Lady.”

The novel is excellently written: simple, concise, yet compelling to the learned mind and slightly dark in its efforts to echo 19th century Gothic literature (a la the Brontë sisters). In essence, the novel is about the decline of a once great Massachusetts family, the Pentland family. They reside near the fictional town of Durham. Their vast coastal acreage is in decay while the matriarch, Olivia, bears the weight of her family on her shoulders. She had married years ago into the Pentland family and her husband, Anson, now pays her little attention. He is focused on writing a book called the ‘History of the Pentland Family and the Massachusetts Bay Colony.’ Olivia and Anson have not shared a bedroom in 15 years. Olivia bore two children, one daughter, Sybil, who gets married toward the end of the novel, and the other a sickly son, Jack, who tragically dies in the novel thus leaving the future of the Pentland family in question. Throughout the book we are slowly introduced to a web of lies and infidelities among the family.

The old patriarch of the Pentland family is John Pentland who spends his time drinking and pretending to care for his ill wife who has apparently gone mad. However, we discover that he has been having an affair with his wife’s care-taker. Mr. Pentland’s nosy sister also lives on the property. As part of the changing demography of the Massachusetts region, Irish Roman Catholics have increasingly migrated to the Massachusetts area, replacing the old Congregational Church of the Pentlands. One such person is Michael O’Hara who is in love with Olivia but she cannot pursue his love out of duty to the Pentland family. One night, the mad old Mrs. Pentland escapes and starts ranting about a hidden secret in the attic. Olivia pursues Mrs. Pentland and discovers a bundle of letters that detail the origins of the Pentland family, Apparently, the family is not as noble as everyone believes. The name of the old aristocratic family was merely stolen amidst infidelity long ago. In the end, John Pentland kills himself by riding his horse off a ravine and he leaves his whole estate to Olivia to manage the future of the Pentland family.

The plot of the novel takes place over one summer. The title is in reference to the next season of life: the “early autumn” for the Pentland family. What will become of the Pentland family as they move into this next season? Their old way of life is dying and they need to grow and adapt to an uncertain future. The future rests on the capable shoulders of Olivia.

The 1927 Pulitzer Prize Decision
In contrast to other early Pulitzer awardees, the nomination of Early Autumn did not set off any kind of critical firestorm. It was a relatively quiet year for the award. The 1927 Novel Jury was composed of returning members: Dr. Richard Burton, Jefferson B. Fletcher, and Robert M. Lovett.

Here are a few memorable passages from the novel:

“There was a ball in the old Pentland house because for the first time in nearly forty years there was a young girl in the family to be introduced to the polite world of Boston and to the elect who had been asked to come from New York and Philadelphia” (opening lines of the novel).

“Rather, it might have been said that the nation had run away from New England and the Pentland family, leaving it stranded and almost forgotten by the side of the path which marked an unruly almost barbaric progress away from all that the Pentland family and the old house represented” (pg. 2).

“There were no more Pentlands. Sybil and her husband would be rich, enormously so, with the Pentland money and Olivia’s money…but there would never be any more Pentlands. It had all come to an end in this…futility and oblivion. In another hundred years the name would exist, if it existed at all, only as a memory, embalmed within the pages of Anson’s book” (pg 159).

“It was a superb morning – cool for Durham in mid-August – and on the lazy river the nympheas spread their waxy white blossoms in starlike clusters against a carpet of green pads. It was a morning made for delights, with the long rays of the rising sun striking to silver the dew-hung spider-webs that bound together the tangled masses of wild grape vines…” (pgs 175-176 -Olivia and Michael O’Hara bump into each other out in the countryside one summer morning).