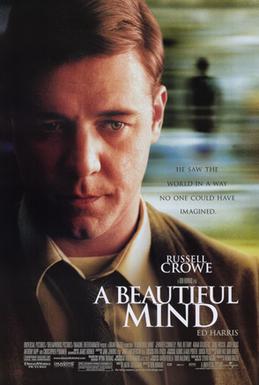 A Beautiful Mind was the winner of the Academy Award for Best Picture for 2001 (and deservedly so). The screenplay was based on the 1998 Pulitzer Prize-winning biography of the same name by Sylvia Nasar.

The film tells the story of the genius, John Nash, as he rises from Princeton University in the 1940s developing unique mathematical theories of governance, to his work at MIT and eventually becoming a code cracker at the Pentagon. However, we start to learn of Nash’s obsessive internal struggles as he believes himself to solving secret Soviet riddles published in plain sight in magazines and newspapers. Meanwhile, he falls in love and is married, but Nash has a paranoid breakdown while delivering a lecture at Harvard. He thinks Russian agents are chasing him down. Nash is taken away and diagnosed with paranoid schizophrenia. His wife is notified and she uncovers the odd documents that Nash delivered to a secret mailbox he believed was helping the State Department (with fictional characters in his mind). He starts undergoing shock therapy and his given strong medication that he eventually stops taking and as soon as he does he is visited by the State Department again. He relapses and nearly kills his family baby in the bathtub, so his wife and baby flee, at which point Nash realizes his hallucinations because the characters never age. Nash returns to Princeton to conduct research. He learns to ignore his hallucinations and eventually he is allowed to teach again. The film closes as he wins a Nobel Prize, all with his hallucinations watching him up to the end.

The film has been met with some criticism for failing to accurately portray Nash’s other family and his child born out of wedlock and so on. But these criticisms should largely be ignored. It was nominated for a flurry of Academy Awards, winning some of the most coveted, including Best Picture, Best Director, Best Adapted Screenplay, and Best Supporting Actress. The true John Nash and his wife died in a car accident while riding in a taxi on the New Jersey turnpike in 2015. 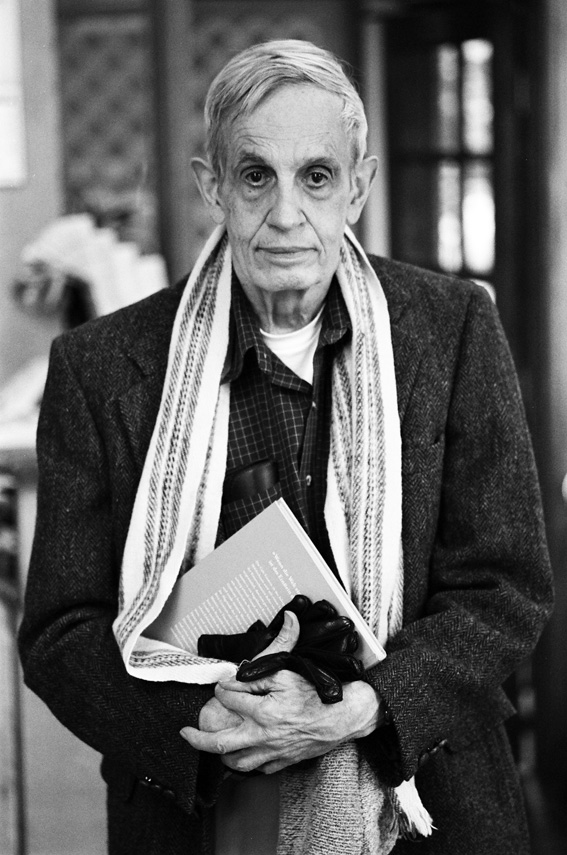 Russell Crowe delivers a fantastic performance in his role as John Nash. Even though the film’s story diverges significantly from Nash’s life, the film is still beautifully made and is kept in the spirit of Nash’s life, as author Sylvia Nasar admitted. He never actually worked for the Pentagon (he worked for the RAND Corporation), hardly any of the characters besides Nash and his wife correspond to true people, he impregnated a nurse from the RAND Corporation whom he abandoned, he and his wife divorced though rekindled their relationship after he won the Nobel prize. They divorced and 1963 and she allowed him to live with her in the ’90s and they remarried in 2001. Nash never took any more medications after the 1970s and he never gave a speech for his Nobel prize. Despite these sensational liberties taken by the film, it is still an excellent and enjoyable film.

One thought on “A Beautiful Mind”