The story for Black Hawk Down comes from Mark Bowden’s 1999 book of the same name. Bowden is a journalist for the Atlantic, and he also wrote a notable book about the hunt for Pablo Escobar. Black Hawk Down was nominated for several Academy Awards. 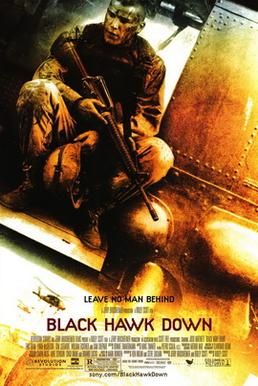 The film tells the harrowing story of the soldiers who were sent into Somalia on a humanitarian mission to restore stability amidst the Somalian civil war in 1993. The UN forces were deemed insufficient for the chaos and were evacuated so the U.S. sent in troops to restore stability in Mogadishu. However, the mission goes terribly wrong as a helicopter is downed in a central location without cover. The soldiers are overrun and one is captured and the rest are eventually rescued along with other trapped troops. Some of them have to run to the Safe Zone to protect their lives. The soldier who was kidnapped was released after eleven days and Clinton withdrew U.S. troops from Somalia. More than 1,000 Somalis lost their lives in the raid, and 19 U.S. soldiers lost their lives. Two fallen American soldiers were the first to be posthumously awarded the Medal of Honor since the Vietnam War. The rebel leader in Somalia was killed in 199

The film has an all-star cast, including Josh Hartnett, Ewan McGregor, and others. The score for the film was brilliantly composed by Hans Zimmer. The film was shot primarily in Morocco. The actors all trained for a week at Fort Benning on the Alabama-Georgia border.

Some critics have suggested that Black Hawk Down fetishizes war and violence, though in reality nothing could be further from the truth. This gritty, tragic film is about the honorable sacrifices of several American soldiers amidst a foreign policy blunder in Somalia. It is a powerful film that tells the brutal story of what happened in Somalia