Hunt Stromberg’s 1936 MGM extravaganza pinpoints the lavish excesses of Hollywood during its golden age. It is a long (3 hour) musical filled with massive sets and luxurious costumes – spared no expense! It stars Myrna Loy and William Powell in one of their 14 films together (including the Thin Man series of 1930s films). The year 1936 was, after all, the year of William Powell – he was nominated for Best Actor by the Academy Awards for his performance in My Man Godfrey and The Great Ziegfeld won several Academy Awards, including Best Picture (outstanding production).

While wholly over-indulgent and far too lengthy of a film, The Great Ziegfeld is indeed a fun, positive, and amusing picture. It captures the exuberance and positivity of show business in the early 20th century, as well as the dejection of those who fell hard during the Great Depression. While other films certainly were more deserving of a Best Picture win during the year 1936, such as Mr. Deeds Goes to Town, A Tale of Two Cities, or Modern Times, The Great Ziegfeld is still a great movie, though I might recommend attempting to only summit it just the one time, as it tends to drag on in monotony.

At any rate, the film paints a positive picture of the true Florenz “Flo” Ziegfeld, a well-known Broadway producer and virtuoso in the early 1900s. He begins his career in sideshows, competing with his arch-frienemy, Billings. When Billings features belly-dancers from Egypt to attract the men, Ziegfeld features an attractive strong man, Eugen Sandow (a real man), to attract the ladies. He lures them by allowing ladies to touch Sandow’s muscles. These kinds of marketing stunts became a staple of his career. However, the Sandow strong man show ends when he stages an appearance at a zoo that is exposed to be a fraud. 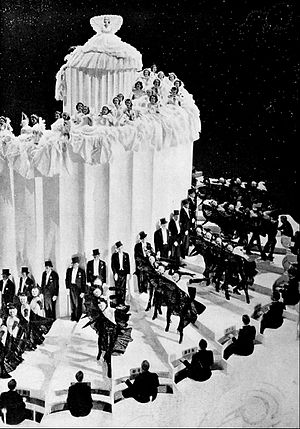 Ziegfeld travels to Europe and bumps into his rival, Billings, and winds up stealing his French star girl for a show, Anna Held. Though he is broke, he persuades Anna to join him in a New York production. She accepts, and while at first reviews are sour, Ziegfeld tries a stunt by sending her tons of milk everyday, and when word gets out women are fascinated with how the milk might be affecting Anna’s skin and performance. The show becomes a hit, and he gets married to Anna, despite her unpredictable temperament. However, Ziegfeld is already dreaming of a bigger production: “Ziegfeld’s Follies” which becomes a Broadway sensation, complete with a massive staircase, rotating sets, massive lavish outfits, and a notable Irving Berlin son, “A Pretty Girl Is Like A Melody”. In reality, Flo Ziegfeld was a womanizing man, but the movie portrays him as the victim of drunken ladies, and his wife Anna catches him at the wrong time and place, so she divorces him.

After losing his money in the divorce, Ziegfeld again borrows money to finance a new production, and falls in love with one of the girls, Billie Burke, and soon marries her. While initially receiving favorable reviews, Ziegfeld’s shows begin to dwindle in popularity and the public’s tastes change. One day, while sitting in a barbershop, he overhears three men talk about how Ziegfeld is washed up and will never have another hit production again. This spurs him to launch four successful production on Broadway, all at the same time. In dramatic fashion, he gets the chief inspector of the police to track down those three men and Ziegfeld invites them to attend any of the four successful productions on whichever day they choose. He takes all of his earnings and invests them in the stock market, just before its crashes in 1929. He grows ill and lives in debt in his apartment overlooking the Ziegfeld theater. His old rival, Billings, comes to visit him and they discuss re-launching the “Ziegfeld’s Follies” together again. However, after Billings leaves, Ziegfeld realizes they are both broke and the dream is nothing more than a fantasy. He slumps into his chair and recounts his old stage directions: “I’ve got to have more steps, higher, higher…” before his arm drops and he dies in his chair. 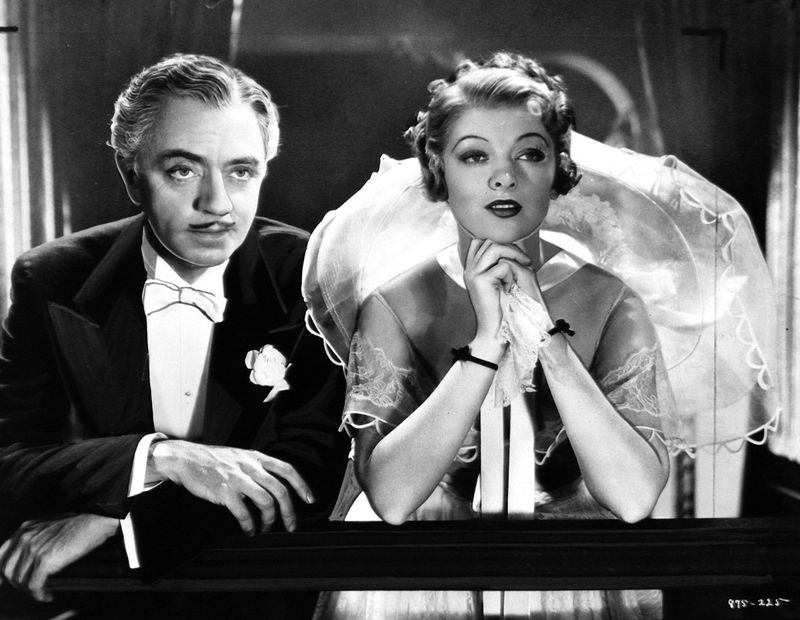 Aside from the story, the true tale of Flo Ziegfeld’s debts followed his widow, Billie Burke, after his death and she immediately sold the rights to Universal in 1933. It was later sold to MGM. Billie Burke was also hired as a consultant on the film. The whole of the film was shot at MGM Studios in Culver City, CA, and the cost was an extravagant $1.5 Million. It was the longest running “talkie” film released to date, and was the most expensive MGM film to date. Several sequels were later released, but never reached the heights of the 1936 grandeur. The film was a smash hit box office success, and won Best Picture (Outstanding Production) at the Academy Awards, though in later years the film has been panned by critics and is largely forgotten and overshadowed by greater films released in the 1930s.