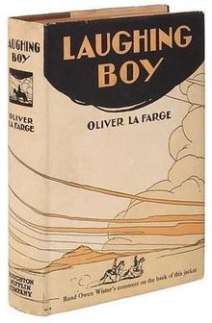 Oliver La Farge (1901-1963) was an anthropologist of the Southwestern American Indians, particularly of the Navajo. He was an activist, a scholarly writer, and he also wrote short stories published in The New Yorker and Esquire. By far his most notable novel is the Pulitzer-Prize winner, Laughing Boy published in 1929. The year after he won the Pulitzer, La Farge gave birth to a son, Peter La Farge, who eventually became a famous activist folk singer. La Farge’s marriage fell apart soon after, but he remained in close relationship with his son all his life. Laughing Boy was made into a somewhat forgettable film in 1934, directed by W.S. Van Dyke. Ever a lover of the American Southwest, Oliver La Farge died in Santa Fe in 1963 at the age of 61.

Laughing Boy is a surprisingly beautiful novel about the struggles of the Navajo people in the early 20th century. It is told through the voices of two Navajo Indians: “Laughing Boy,” the main character so-named for an amusing incident when he was a young man, and his paramour “Slim Girl” (her original tribal name was “Came With War”). They meet at a dance one evening and quickly develop a romance. However, their relationship is a complicated tapestry. Laughing Boy is raised in a traditional Navajo household, while Slim Girl has been taken away and educated by the Americans. Laughing Boy envies her worldliness, but Slim Girl longs to return to her people, though she constantly feels like an outsider. Both characters struggle to find a place to belong while the Navajo way of life is under the ever-present threat of American encroachment. In some ways, the duality of the two main characters showcases what W.E.B. Dubois called “double consciousness” -they are both aware of their own culture, yet also aware that they do not belong. They are both Indian and American, at the same time.

They soon get married, but the marriage of Laughing Boy and Slim Girl is more of an elopement. The traditional people of the tribe do not approve of Slim Girl, so Laughing Boy runs away with her to live near the Americans. He becomes a craftsman, and she a weaver, however she also has a dark secret. She has been moonlighting as an escort for the Americans (whom she despises). The Americans bring with them trains and whiskey, a fiery drinks (whiskey) that are like poison for the Indians. Laughing Boy does not belong. Meanwhile, on their return trips to the Navajo, Slim Girl also feels out of place because she was not raised among her own customs.

Spoiler Alert: The underlying anxiety of the novel is Slim Girl’s dark secret -that she has been working incognito as a prostitute- and we are left wondering when Laughing Boy will discover the truth. The idea of the novel is predicated on the audience having this dark foreknowledge. One day, Laughing Boy does find out. He walks past an adobe window in town and sees his wife with a man. When discovered, the man runs off but Laughing Boy shoots an arrow through his shoulder, and Laughing Boy also pierces Slim Girl’s arm. When she returns home she tells Laughing Boy the whole story -of how she was raised with the Americans, and one man feigned love in order to sleep with her, but when she became pregnant, he abandoned her, and the “Jesus Trail” (the Christian Church) wholly outcasted her for being a sinner. Slim Girl’s baby dies in pregnancy. The only people who accepted her were the local “bad girls” (prostitutes) so she joined them and learned their ways, until Slim Girl eventually became an escort for one American man from the East who now financially supports her. After hearing her full story, Laughing Boy thinks for a while. He decides to remain together despite it all. They make plans to blissfully build a new home for themselves in the remote southwest, closer to the Navajo people where they will start a family. En route, “Red Man” (the American lover of Slim Girl) ambushes them. He shoots and kills Slim Girl, leaving Laughing Boy to sorrowfully bury her in a canyon alone. It is a somber and tragic end to the tale. After he buries Slim Girl, Laughing Boy stumbles upon another big dance of the Navajo, similar to the dance where he first met Slim Girl years before. Thus concludes this novel.

La Farge’s insights into the nature of marriage, his presentation of the organic Navajo songs, and his depiction of the vast beauty of the American southwest is powerful. The reader leaves with a newfound appreciation for the Navajo people and their land. One cannot help but find sympathy. I enjoyed reading this novel.

The following passage is why Laughing Boy won the Pulitzer (it describes Laughing Boy shortly after his marriage to Slim Girl):

“Time passing and corn growing cannot be seen; one can notice only that the moon has become so much older, the corn so much higher. With a new life almost more regular than the old, yet far more thrilling, with a rich supply of silver and choice turquoise, with horses to trade and a cornfield to care for, and all the world made over new, time for Laughing Boy went like a swift, quiet river under cottonwood trees. For him, life – which had never been a problem – was solved and perfected, with none of Slim Girl’s complication of feeling that such happiness was too good to last. Had he sat down to T’o Tlakai to compose a song of perfection, he could not have imagined anything approaching this” (opening words of Chapter IX, page 112).

The Story of the Pulitzer Decision
After controversies in prior years, including 1929’s debacle in which Richard Burton (of the novel jury) apparently released the winner early, the Novel Jury then settled on a three-man group that would judge the award winners for years to come: Albert Paine, Mark Twain’s literary executor and author of his biography, Robert M. Lovett, and Jefferson B. Fletcher. Each man supported a different novel. Fletcher supported Laughing Boy, Lovett supported Mary Lee’s It’s a Great War, and Paine supported Thomas Wolfe’s Look Homeward, Angel. Ultimately they settled on Laughing Boy, but still made their preferences public, perhaps as a slight to the Pulitzer Board which had sometimes overturned the recommendations of the Novel Jury in delivering the awards.

Background on the Navajo Indian Nation 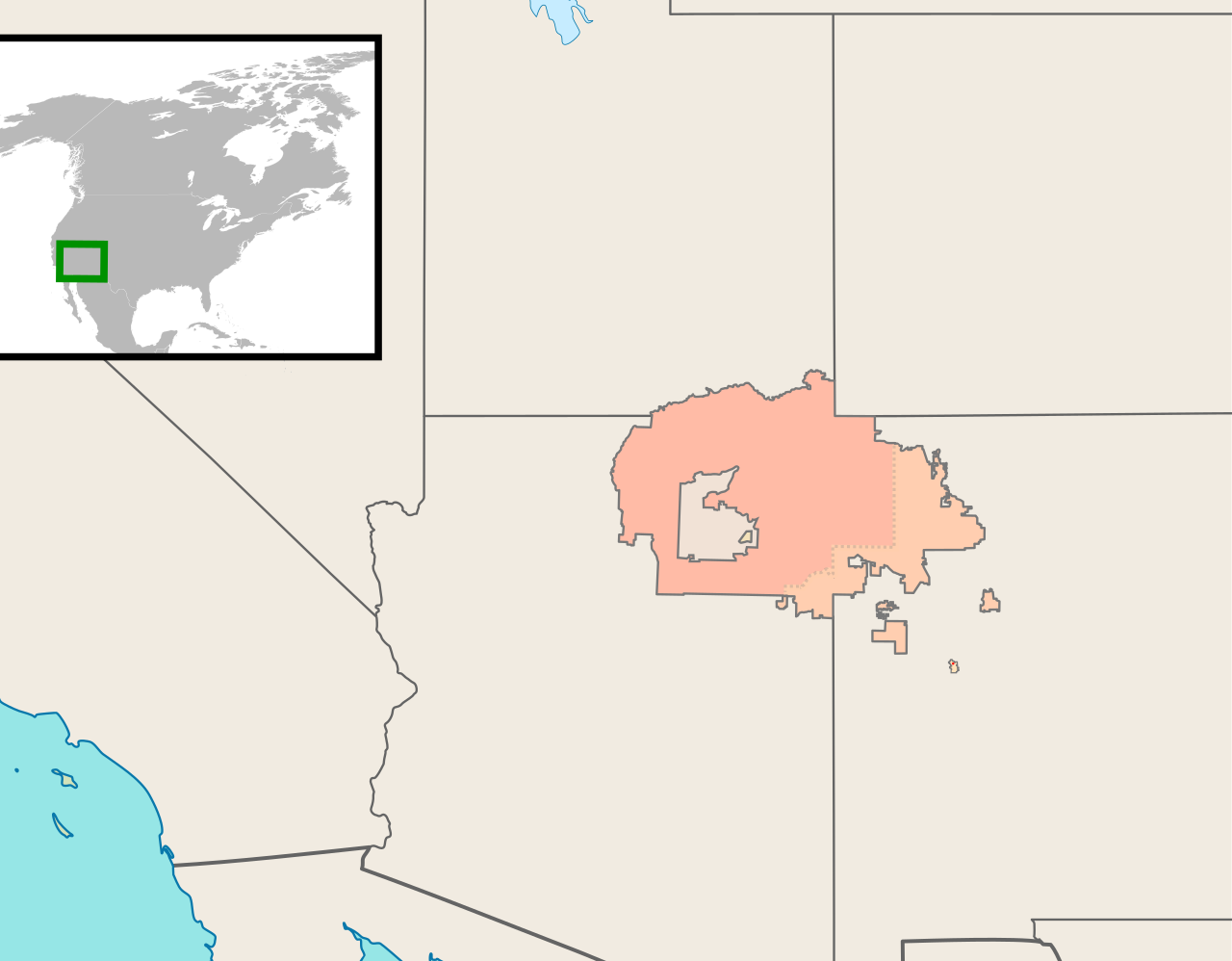 The Navajo are one of the great native nations of the American southwest. They reside in Northern Arizona and New Mexico. As a group, the Navajo are believed to have migrated to the Southwest around 1400 from the Alaska/Canada region (and they are likely connected to the Apache, as well). The Navajo oral tradition of songs and story-telling reflect this migration. The Navajo sometimes referred to themselves as the “Diné” (meaning “the people”). Their earliest recorded dwellings existed east of the San Juan River, the extended river that begins in Colorado and flows into the Colorado River in Utah.

The Navajo were a hunter-gatherer group, until they had contact with the ‘Pueblo” tribal group and the Spanish when the Navajo learned to farm and grow corn. The pueblo sought shelter with the Navajo when the Spanish came. When the Spanish came, the Navajo learned to train horses and raise sheep. The Navajo formed a loose alliance with the Spanish and Hopi (between intermittent conflicts) to fight the more violent and aggressive Apache and Comanche tribes from the plains to the north. The Navajo first had contact with the United States during the Mexican-American War in which the United States invaded Santa Fe. The Navajo did not honor a peace treaty with the United States, and after the war, another peace treaty was set to be signed, but famed Navajo leader, Nabona, was killed en route to the signing in 1849. This led to longstanding hostilities. Despite a treaty not being signed, the United States built forts on ancestral Navajo land as a “precaution,” while New Mexico militias, including one led by Colonel Kit Carson that terrorized and raided Navajo villages. In a move reminiscent of genocidal policies in the 20th century, in 1863 the Navajo were systematically attacked, rounded up, and relocated to a barren desert land called “Bosque Redondo.” This process was sometimes called the “Long Walk.” 9,000 Navajo were forced to march to a remote region of the desert with minimal water and supplies -many died of disease, malnutrition, and some simply froze to death in the winter. Internal conflicts ensued when Apaches were also relocated to the same region (Apache and Navajo were enemies). In 1868, a treaty was signed allowing Navajo to return to a federally designated reservation. This reservation remains today one of the largest in the United States

Today, the Navajo are the second most populous Indian nation in the United States.